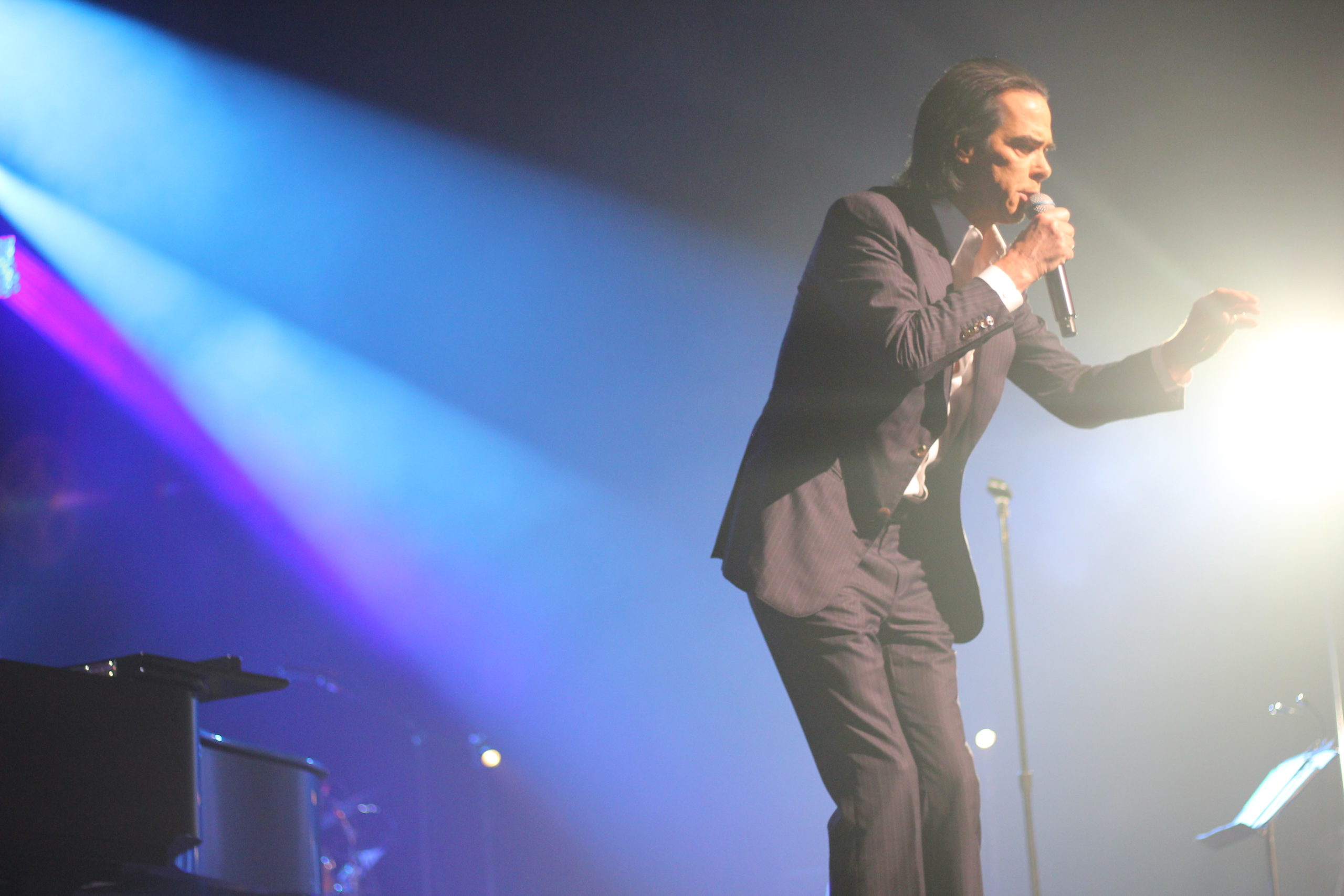 With both theatre clocks on either side of him set to twelve Nick Cave appears on stage to a packed Playhouse and takes a bow.

This feels like something of a triumphant return after so many enforced cancellations during the pandemic.

Cave proved to be an important cultural force with a live stream performance at London’s Alexandria Palace. For many, a connection to the arts is as important as breathing and tonight’s show is a tentative step forward.

Cave suggests the crowd is “learning to be an audience again” while “risking life and limb”. He’s been one of the few steady voices during the pandemic in his refusal to spout nonsense unlike several rock stars saying: “I feel privileged to live in an age where our scientists are able to develop a vaccine to help combat a pandemic and to do it at such an astonishing speed.

“It feels to me that this is a momentous time in medical history.”

Although scaled-down compared to a Bad Seeds show this is a titanic performance bolstered by three gospel backing singers and an array of ambient electronics provided by Warren Ellis, the silent apostle at Cave’s side.

There’s subtle black humour in the work that seems to go down particularly well in Scotland. The violent lyrics in White Elephant finds Cave’s elasticated body moving non-stop, threatening and intense throughout every minute. One audience member seems to be in on the joke, laughing and enjoying every minute of Cave’s theatrics while others sit looking mesmerised or menaced by the moment before the song morphs into a gospel singalong. Others move with their hands in the air as if they are in attendance at a church revival.

During Hand Of God, as the band weep and wail, Cave looks like he is performing an exorcism at this famously haunted theatre.

A cover of T-Rex’s Cosmic Dancer reminds us of everything that was once great about 70s glam pop/rock augmented by Warren Ellis on violin. There are many moments of intense beauty such as Shattered Ground and Lavender Fields that go beyond the confines of a rock show to somewhere else. The wave of excitement that quickly expunges itself a few songs in remains long after the last note has rung out.

Albuquerque is renamed Edinburgh for the night, it’s another reminder that Carnage, this current collaboration between Cave and Ellis was a pandemic album that, as Cave suggests “fell out of the sky”. 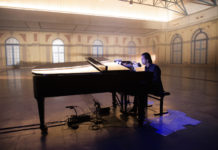 All Back to Vinyl with Richard Purden -Nick Cave Idiot Prayer: Alone At Alexandra Palace