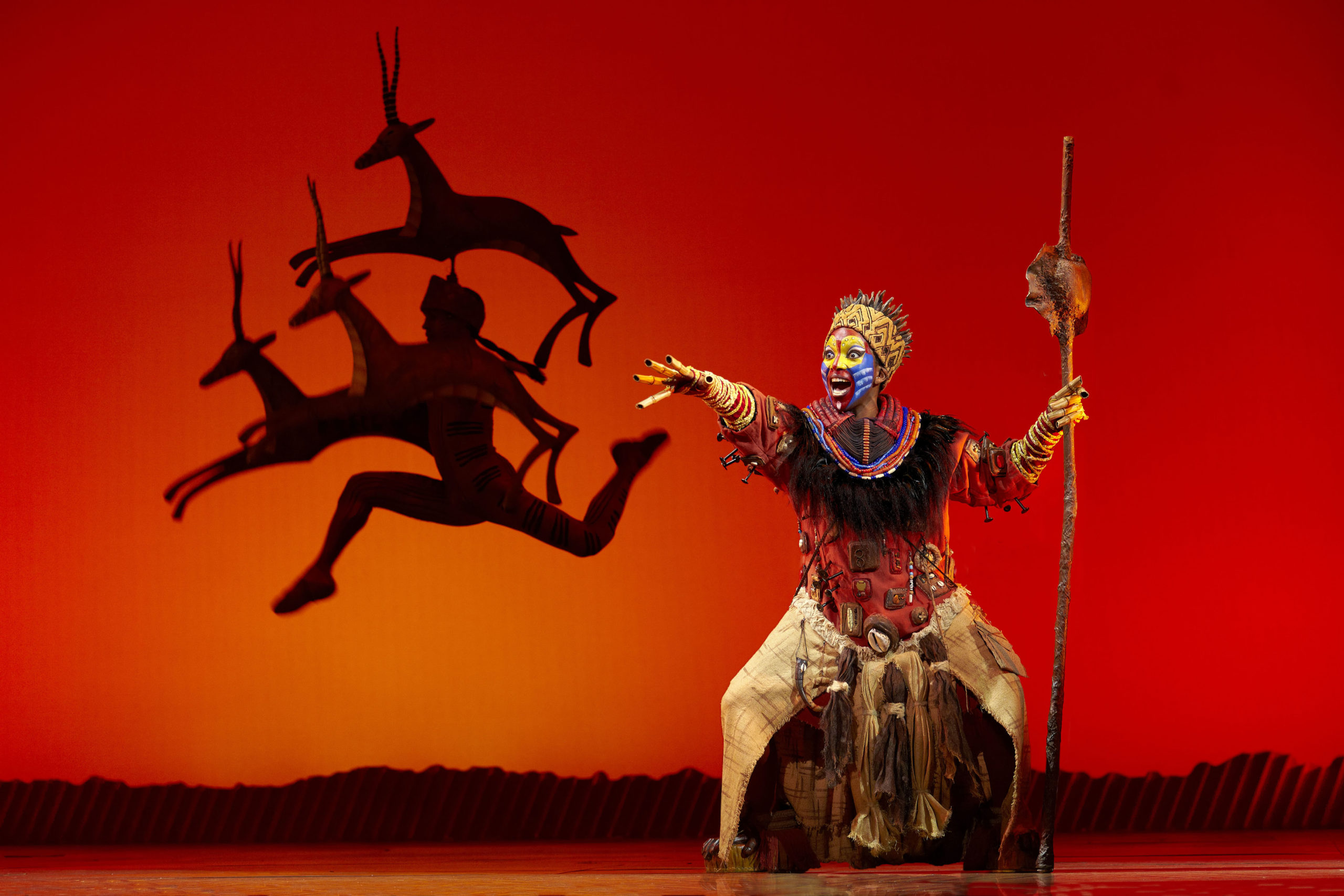 Nothing quite prepares you for The Lion King. The atmosphere swept over the Edinburgh audience long before the Circle of Life introduction set an early high point.

An array of bright colours is celebrated through the puppets and actors who appear as animals making their way down the Playhouse aisle to Pride Rock while bongo drummers play from the Royal Box. South African actress Thandazile Soni as Rafiki is something of a veteran in the role having played the part in London and New York and she owns the production’s magical wonder from start to finish.

Similarly, Richard Hurst is excellent as the chilling Scar whispering in the ear of young Simba (Jaydon Eastman) in his cave. In contrast, there are some beautiful father and son moments between Mufasa (Jean-Luc Guizonne) and Simba. For fans of the Disney classic, County Mayo actor Alan McHale does a stunning turn as Timon bringing the much-loved character to life through puppetry and natural comic talent.

Barnsley actor Carl Sanderson does much the same with Pumbaa, the pairing of these two actors alongside Stephenson Ardern-Sodje as Simba is a delight to behold. There are many moving moments, from Act Two Simba’s performance of Endless Night was a standout.

Can You Feel The Love was one of those power ballads that seemed to be everywhere in the 90s, despite that, the Elton John/Tim Rice song sounds strangely fresh in 2022.

My children and many others sat mesmerised at a theatre sight I’m sure they will never forget, and to be honest, neither will I.