I first met Chris Close at the Book Festival where he sets up what is effectively an outdoor studio and takes beautiful portraits of the authors who appear at the festival.

The series so far has been turned into a set of postcards which you can buy at Waterstones, and the portraits were also put up around the garden. He always appeared to be pretty relaxed about his work, but that is often the manner of someone who is really good at what they do.

Close’s work encompasses landscapes as well as portraits – people and places. He owns the only independent photography gallery in Scotland on Howe Street in the New Town, and is quite honest that he knew nothing about running a gallery before he opened one – and that he keeps fairly irregular hours there. But if you turn up and the doors are shut, then he may be only a phone call away, or of course in some far flung place on a shoot.

Chris explained: “I just thought that a gallery for photographers was something that has been missing. I was involved in a photography festival for a number of years and have been trying to establish a Scottish national photography centre, which has never come into being. I was looking for a space to work from and possibly also a studio space. The shop on Howe Street became available and I thought ‘I know, I’ll have a gallery.’ I’m learning on the hoof as it were, but I had no experience of running a gallery, so it was a labour of love in some ways.

“Sometimes I pick photographers and other times they approach me. I first approached John Claridge who is one of my heroes, and one of the greatest photographers. I just about fell off my chair when he agreed to exhibit with Gallery Close. He was the person that people of my generation would look to see what he was shooting for clients around the world. It is a real mixed bag of work that I exhibit from the Rock Stars exhibition to film stills or landscapes or abstract work. Some things work and some things don’t.”

This year Chris will be exhibiting work by Julian Calverley who has just published a book called North north west. He is a landscape and commercial photographer and there will be an exhibition of some of his larger prints. Although he is not Scottish he has spent a lot of time here putting places like Harris and Lewis on the map before they were really popular.

Close himself is a master of the moody landscape, and showed me the photos of Newfoundland which he took on a trip just to find somewhere that nobody else had photographed much. He said: “I just turned up with no preconceptions. And that is how I like to approach landscapes, otherwise you end up going to all the obvious places.”

Also later this year a photographer called Murray Close (no relation) will display his work at Gallery Close. Chris said: “He has the job that I would have love to have done. When I was at college I wanted to be a stills photographer on a film set. Murray did it. He is Canadian and when he started off he landed a job working with Stanley Kubrick.” Of course since his work is commissioned by the film company, much of it is not his to sell, but there are stills from the classic movie Withnail and I which will be part of the exhibition later this year.

“At the moment Murray told me he is working in Berlin. Of course I realised that meant he was working on the latest Mission Impossible with Tom Cruise. This was planned ages ago to tie in with the Film Festival here in Edinburgh, but of course that did not happen, and even now nobody knows what is happening with one thing and another these days.”

Close admits that his first ambition was to be a film director, but at the moment he is studying screenwriting and just loving it. What he actually did on his journey to becoming a photographer was to study for a BSc in photographic sciences. For his final year project he went to the West End and took photos of what was happening backstage, where he got to meet some “amazing real characters”. The learning about photography came from working as photographers assistant for a couple of photographers.

He also studied marketing in Glasgow finishing off with a marketing project for Radio Forth.

He said: “I always thought I would go back to London one day. In some ways I still think I should have but you make your choices. And Edinburgh is a very hard city to leave.”

That is not to say that he is always in the capital however. His work has taken him to some far flung places in the past, like the Seychelles for the Tourist Board.

And there is still a lot to do and achieve. Even with a portrait of Evelyn Glennie hanging in the Scottish National Portrait Gallery Close still feels he hasn’t quite got there yet. He believes as many others do that Scots are pretty poor at recognising our own indigenous talent, but he has no real drive to move away to gain more recognition from afar.

He takes photos of people and places, loving landscapes and noting that he is patient, and that pays off. He said: “Landscapes suited me initially as I was pretty good on my own.

One of these days he might even go back and use his panoramic camera. He just found a lot of film for it – film which is no longer produced. So he thinks he might use it – but then again he would have to get to the location with a huge tripod and might have to take a digital camera with him just in case he misses the shot…..

The unassuming Close airs all these self-doubts, but in truth behind the camera he is very much in control. 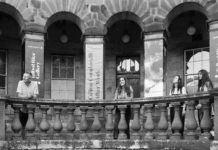 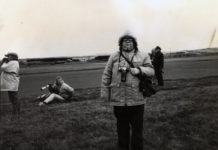 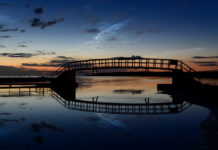 Amazing shots of the night sky 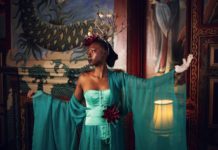 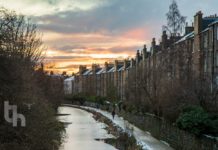 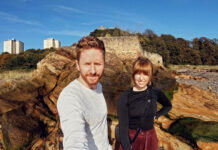