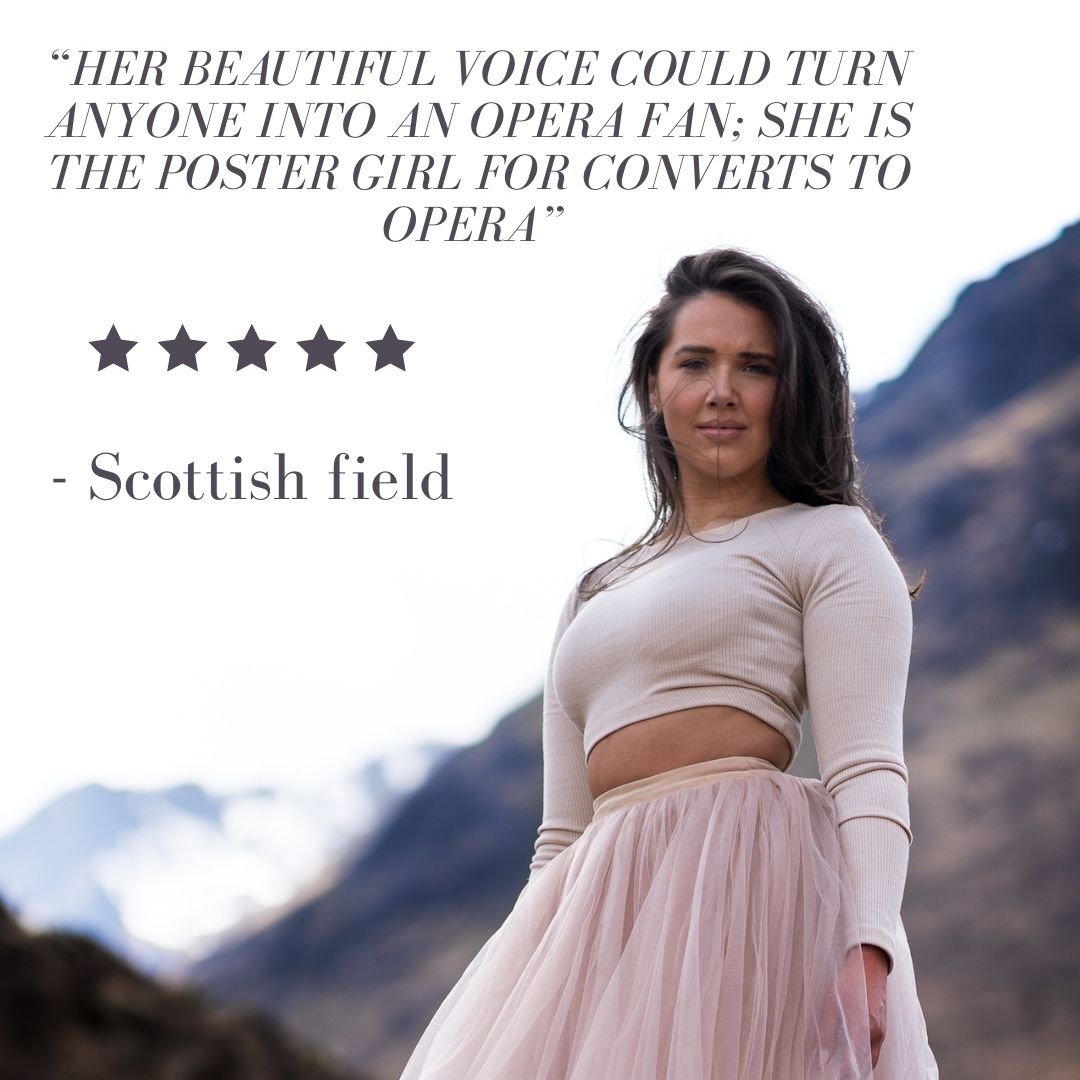 Ciara Harvie is 23 years old and from Edinburgh, She is a classical crossover singer and is appearing at The Edinburgh Fringe 2021.

Ciara said : “I am so looking forward to performing to a live audience again after the very long past year of lockdowns. I was always a very shy girl in school with not much confidence at all, but then discovered I could sing. I fell in love with singing classical music when I was around 14 years old, after learning songs from YouTube and only having the confidence to sing with my parents’ backs turned to me in my house.

“I eventually gained enough confidence to start performing at events. I decided to try and pursue a career in singing and began performing full time when I left school in 2015. Since then, I have appeared on The Voice UK, and represented the UK in a classical concert in Moscow, Russia.”

Ciara has been busking at The Fringe for about six years and in 2019 she decided to hold her first official solo show which Scottish Field awarded five stars.

This year she is delighted that the Fringe is back. The concert is at St Cuthbert’s Church on Saturday 7 August 2021 at 3.00pm. Tickets are now on sale here.