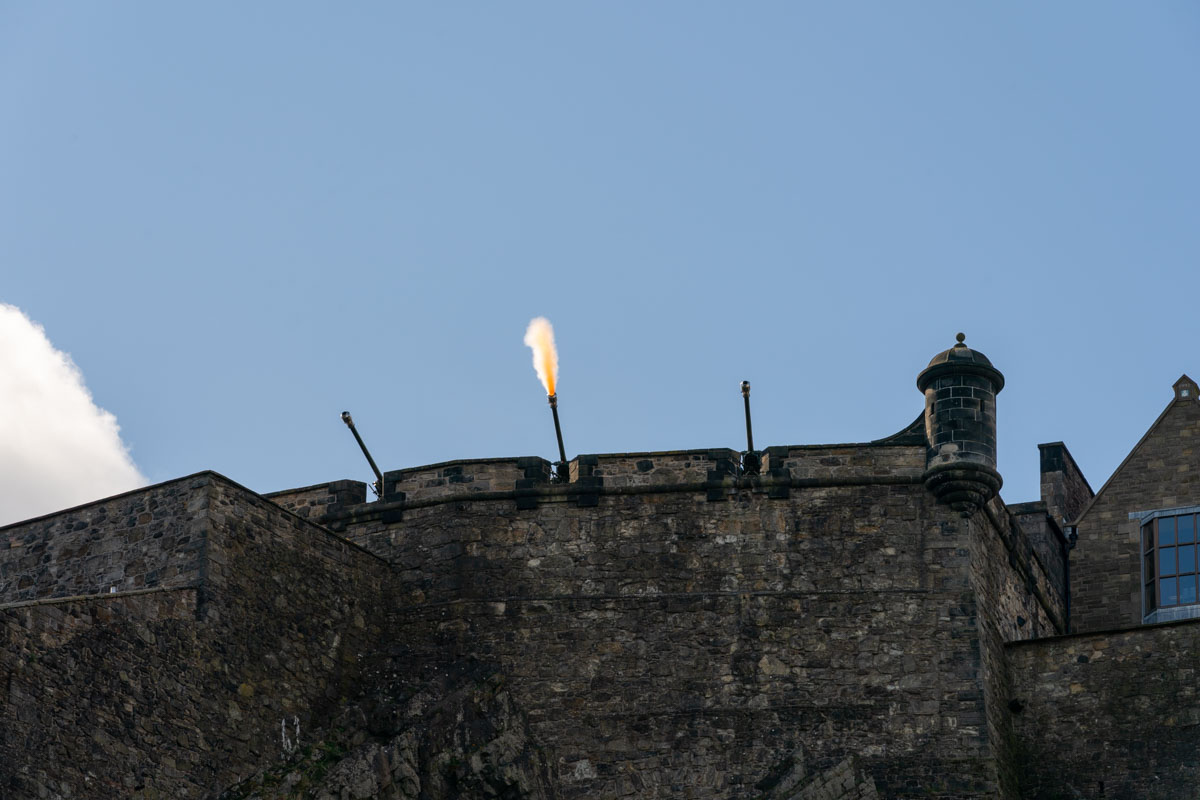 On Saturday, 10 April at noon, a Death Gun Salute was fired to mark the death of His Royal Highness The Prince Philip, Duke of Edinburgh.

A battery of three guns fired one round per minute from noon from Edinburgh Castle ramparts.

Crowds had gathered in Princes Street Gardens. The BBC report more than a hundred people, but we estimate there could have been around four times that.

There were other gun salutes in London, Cardiff and at Hillsborough Castle in County Down.

Buckingham Palace announced the death of the duke on Friday: “It is with deep sorrow that Her Majesty the Queen announces the death of her beloved husband.

“The Royal Family join with people around the world in mourning his loss.”