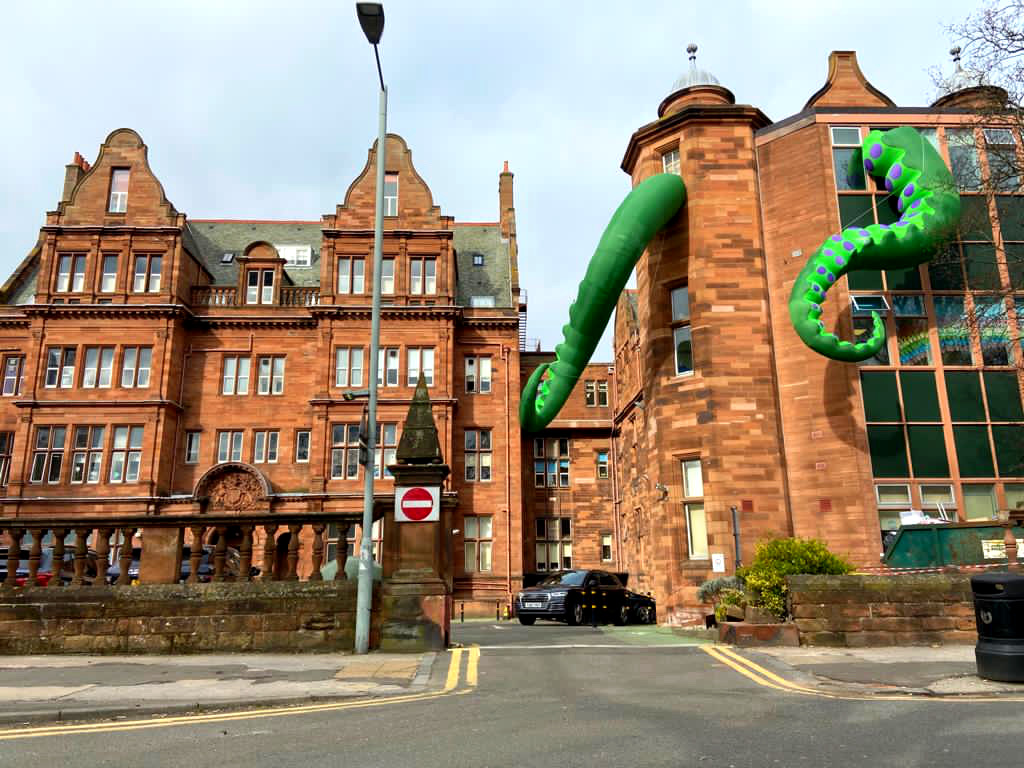 With little warning a giant octopus has moved in to the Sick Kids.

He is called Olly and does not look as if he is moving anytime soon so patients and staff have decided they will have to move on.

The Royal Hospital for Children and Young People (RHCYP) at Little France is now ready to open, providing a spotless, octopus-free home for children and families from Edinburgh and beyond.

Fiona Mitchell, Service Director, Women’s and Children’s Services, NHS Lothian said: “We don’t know where Olly came from but he’s extremely friendly and certainly seems to have made himself at home here at the Royal Hospital for Sick Children.

“We suspect he sensed just how much love, care and memories this building holds, got all warm and cosy and couldn’t bring himself to leave.

“Unfortunately, with eight legs to navigate around, he takes up a quite a lot of space. Luckily for us, we have the new state-of-the-art hospital just down the road at Little France, so we’re getting ready to move there instead.”

Chloe (11), a regular visitor to the hospital, said: “It’s been really lovely to have Olly’s company while staying at the Sick Kids, but I’ve heard the new hospital has a flying dragon, a bagpipe playing dog and a snoring giant, so I’m very excited to meet them. I can’t wait!”

Roslyn Neely, CEO of Edinburgh Children’s Hospital Charity (ECHC), said: “Olly has obviously heard about the tremendous care that the hospital provides and all the fun and distraction provided by our charity.
“However, we will soon have to bid him farewell as the time comes for us to move to our new home at the RHCYP. No child or young person wants to be in hospital, but for those who have to visit the new building, NHS Lothian and ECHC will be there to care for and support them to make their time there as positive as possible.

The new Royal Hospital for Children and Young People will fully open on Tuesday 23 March.

From 8am on Tuesday 23 March, all patients and any child or young person requiring access to A&E, must go to the new Royal Hospital for Children and Young People at Little France.

The inflatable tentacles will appear from different windows of the hospital from Friday 19 March to Monday 22 March.

(It is hoped the extraordinary sight will bring laughter to children and young people preparing to be transferred and ease any anxieties about moving to a new hospital…..) 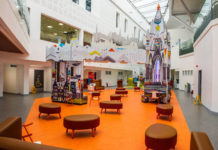 Sick Kids will open in January 2021

Comment – Miles Briggs speaks out about the SNP and the NHS

Johnson challenges the Health Secretary over the Sick Kids