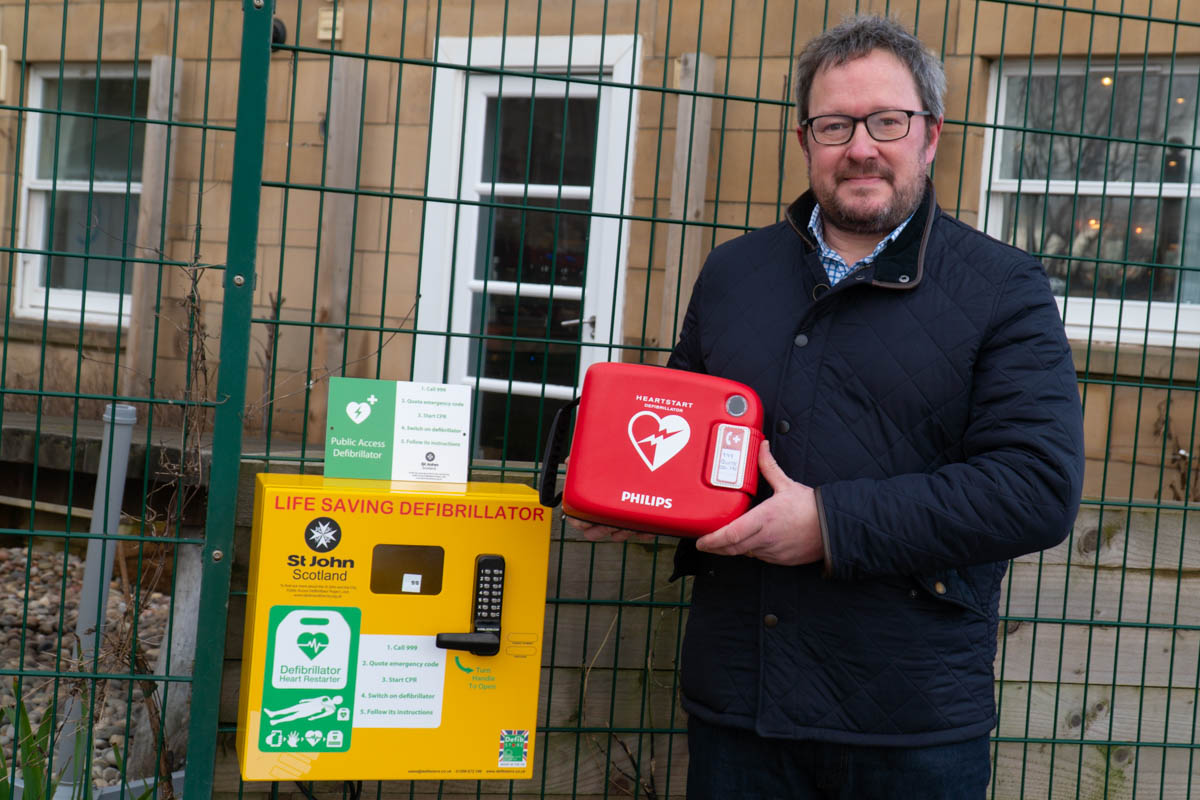 Donald Scott, 49, from Duddingston was saved by a defibrillator when he had a cardiac arrest. He was so grateful that he has now raised funds himself to install one of the life-saving devices on Portobello Prom.

Thanks to the fundraising work by St John Scotland and the quick thinking of a passer by, the recently installed defibrillator was used on Donald as he made his way through Waverley Station to a show at the Festival. Initially the passerby and a British Transport Police officer called for help and began CPR, but it was the defibrillator which saved Donald’s life. These machines will only give a shock if it is necessary. They are safe to use and an audible message tells the user what to do at each step.

Donald says he hopes the device will never need to be used, but it’s reassuring to know it could save someone’s life, like the Waverley defibrillator helped save his. He teamed up with St John Scotland about a year later when he had recovered fully. He signed up to the Kiltwalk and raised over £2,000 by walking about 24 miles through Edinburgh. That money has been used to buy a defibrillator which has been installed on Portobello Prom at the Beach House.

He said: “My life was saved thanks to a passer-by who recognised that I was seriously unwell and performed immediate CPR before using a defibrillator to restart my heart.  Without his quick actions I wouldn’t be here today and I’ll be forever grateful to him for his help that night.

“Once I had recovered I found out that I had collapsed only a few metres away from the defibrillator that had been used to save me and that it had been installed by St John Scotland as part of their St John and the City project. I also read about how CPR and the use of defibrillators can greatly increase the survival chances in cardiac arrest cases such as mine.

“I am pleased that the money I raised by doing the Kiltwalk has allowed St John Scotland to buy another one of these life-saving devices. I would like to thank everyone who supported me.”

The defibrillator has been installed as part of St John Scotland’s St John and the City project, which has seen more than 190 defibrillators placed across Edinburgh and the surrounding areas since it was launched in 2015.

Volunteer Lynn Cleal, who leads the project, said: “Donald is living proof of how important defibrillators are in increasing someone’s chances of surviving if they have a cardiac arrest. We’re so grateful that he chose to raise money to provide another life-saving device for the benefit of everyone who lives near or visits Portobello Promenade.”

She continued: “Cardiac arrest can sadly happen to anyone, and in these times it’s more important than ever that if someone’s life is in danger, people can step in while the ambulance is on its way to give them the best chance of survival. Once Covid restrictions are lifted, we plan to offer CPR training in Portobello so people can come learn how they can save someone’s life and see how easy it is to use the defibrillator. In the meantime Donald’s defibrillator has been registered with the Scottish Ambulance Service so anyone who needs it can access it 24/7 in an emergency.”

Owner of The Beach House, Sara Christey, said: “The defibrillator has been sited next to The Beach House on the fence of Portobello Sailing and Kayaking Club, a charity founded by my late husband, Jonathan Bendit. The Beach House and Trustees of PSKC are delighted to have been able to support this generous initiative. Run by volunteers and having well over three hundred members, PSKC has over the years become a hub of the Portobello Community.

“Having a defibrillator that people can easily access in the heart of our community will, we are sure, prove to be a tremendous asset. Donald’s story is testament to how easily things can go wrong – his proactiveness will hopefully mean that others will get the chance he got should they ever need it.” 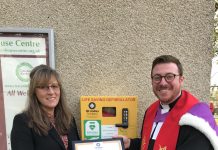 Defibrillators for every Church of Scotland parish in the capital 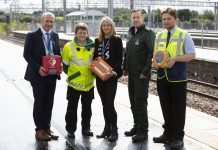 Defibrillators now installed on all 27 trams 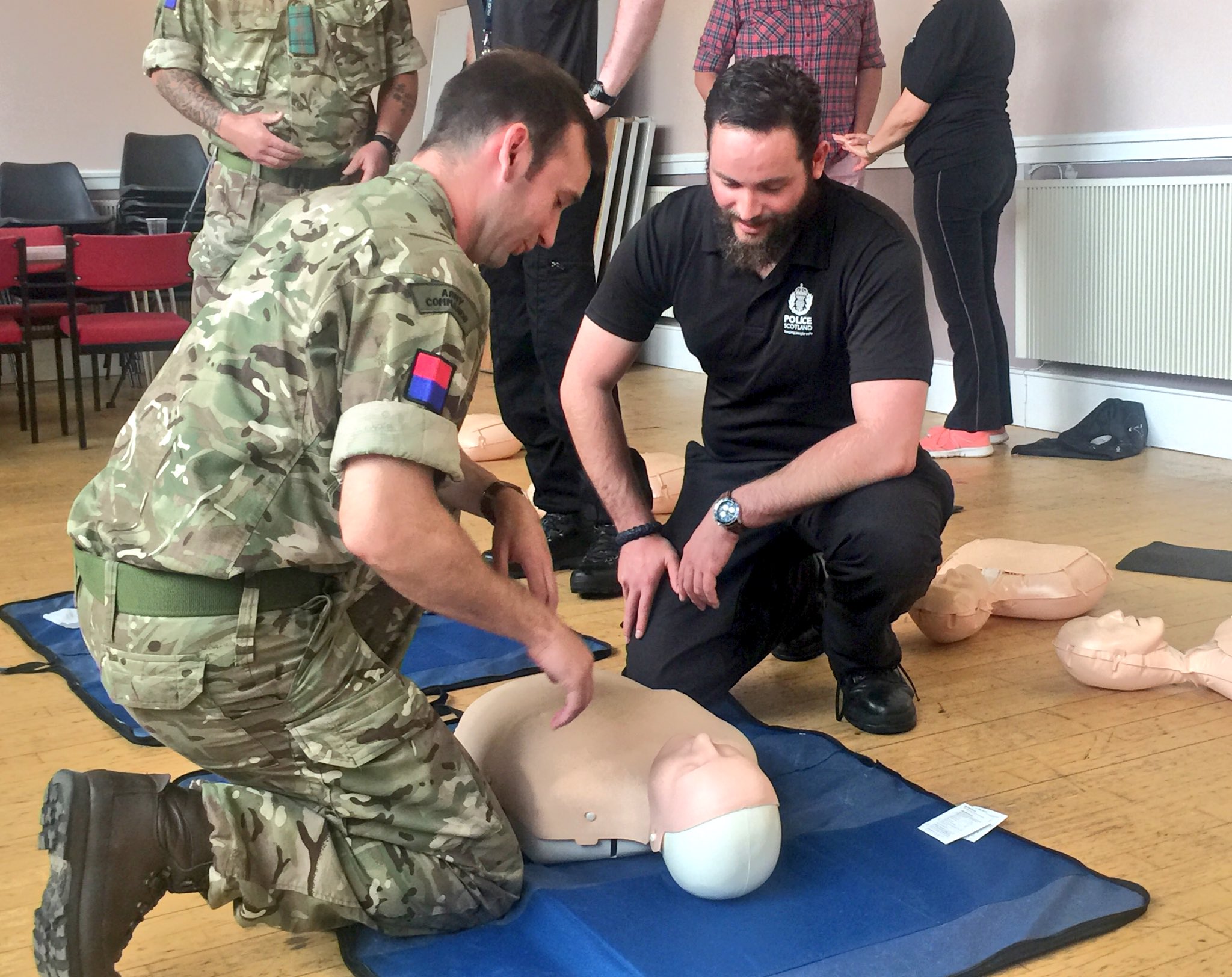