A chat with Tommy Sheppard MP for Edinburgh East is always a good thing to do.  His view of the world is of course focused through an SNP lens, but he always has direct answers for any questions, and the conversation is an interesting one.

During these past few months, his first responsibility has been to his family and his constituents. He has been in Edinburgh since March, taking part in virtual sessions at Westminster where MPs can scrutinise but not take part in debates.

These have been a source of frustration for Sheppard, as he has had only two minutes to speak and pose a question for the Leader of the House, Jacob Rees-Mogg. There is no possibility of a comeback question and he has widely criticised Mr Rees-Mogg for simply not answering his questions directly.

He has not been sitting at home in Edinburgh doing nothing however, as he explained that his constituency casework was up by 50% over last year, mostly to do with coronavirus, or people falling through the gaps in the various government schemes.

Mr Sheppard said: “I forget how many letters I have written to Rishi Sunak the Chancellor, asking him to use his discretion in favour of individuals in individual circumstances. And while this is a good second best I prefer to meet people face to face as it is difficult to show empathy online or over the phone.”

I asked if Tommy think it still worth turning up at Westminster in whatever form since the General Election last year?

He replied: “Well, things changed dramatically in December 2019. Up until then, the SNP group at Westminster was very much punching above its weight, because things were so volatile and there was there was not really a government majority, we were able to defeat it and quite a lot of things particularly to do with the Brexit timetable.

“And then we went from that to us doing really well in the election and our group going up from 35 to 48. But paradoxically, having much less power and influence in the parliamentary arithmetic after that election because Boris Johnson got back with a pretty decent majority.

“So providing they get the party in line they’re  in a pretty secure position until 2024, it seems to us, which means that our focus, has to shift slightly. So from my point of view, I see less reason to be diligent in going over the top in terms of our parliamentary interventions in the chamber, because that process doesn’t offer us as much anymore.

“We can do a lot more in terms of advocating in our constituencies and campaigning and trying to use other platforms, particularly the media to raise matters of public concern, whether they be the big stuff about the future of Scotland or the little stuff that affects many, many individuals.”

Any time that the Edinburgh East MP has addressed the Leader of the House, Jacob Rees-Mogg on parliamentary matters, the questions are generally avoided and Mr Rees-Mogg simply quotes the figure of £4.6 billion at him. This is the amount that Scotland has had under the Barnett Consequentials (a way of providing the same level of financial support to Scotland as in England for certain things).

Mr Sheppard explained: “Well, you know, we are still part of the United Kingdom. So it would be it would be odd, wouldn’t it if we didn’t get the same sort of support as other parts of the United Kingdom, whilst whilst we’re there. Our concern is actually we’re doing proportionally worse, than other parts of the United Kingdom. And I keep trying to explain to Jacob Rees-Mogg and to others that we’re not so much arguing about the total quantum of money, but about the financial powers available to the government to use that money and to make other decisions that can it can work.

“For example if you look at the big arts rescue package which was announced just before the start of the summer recess. They said it was £1.8 billion and that Scotland would get £97 million. Now you don’t have to be a mathematical genius to work out that this is not a proportionate share. It is about 5% whereas our population is about 9%. In England the money can be used to repurpose expenditure, allowing capital sums to be transferred to revenue operations. That is the sort of thing we just don’t have the authority to do in Scotland, certainly not on the same scale.”

And so what of the future?

Tommy said: “Usually Parliament would come back in the second week of September. Just for a few weeks and then there’ll be another break for the conference season, as they call it, where everyone went off to the seaside to discuss politics. So that’s all changed. We’re coming back right at the beginning of September this time and there’s no further breaks of any kind. The intention is to press right through the Christmas with a legislative session, which is going to be quite heavy, we think, in terms of what the government wants to get done.

You can listen to the whole podcast here. 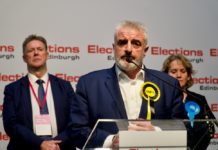 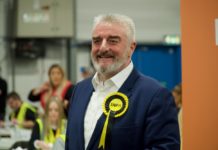 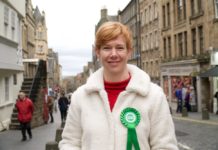 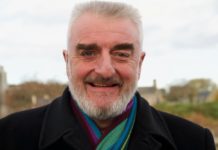 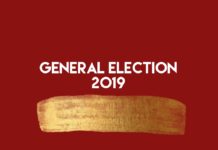 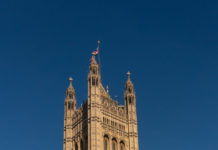 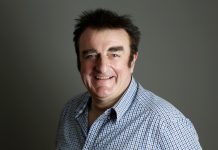 Tommy Sheppard writes to the Home Secretary about visas