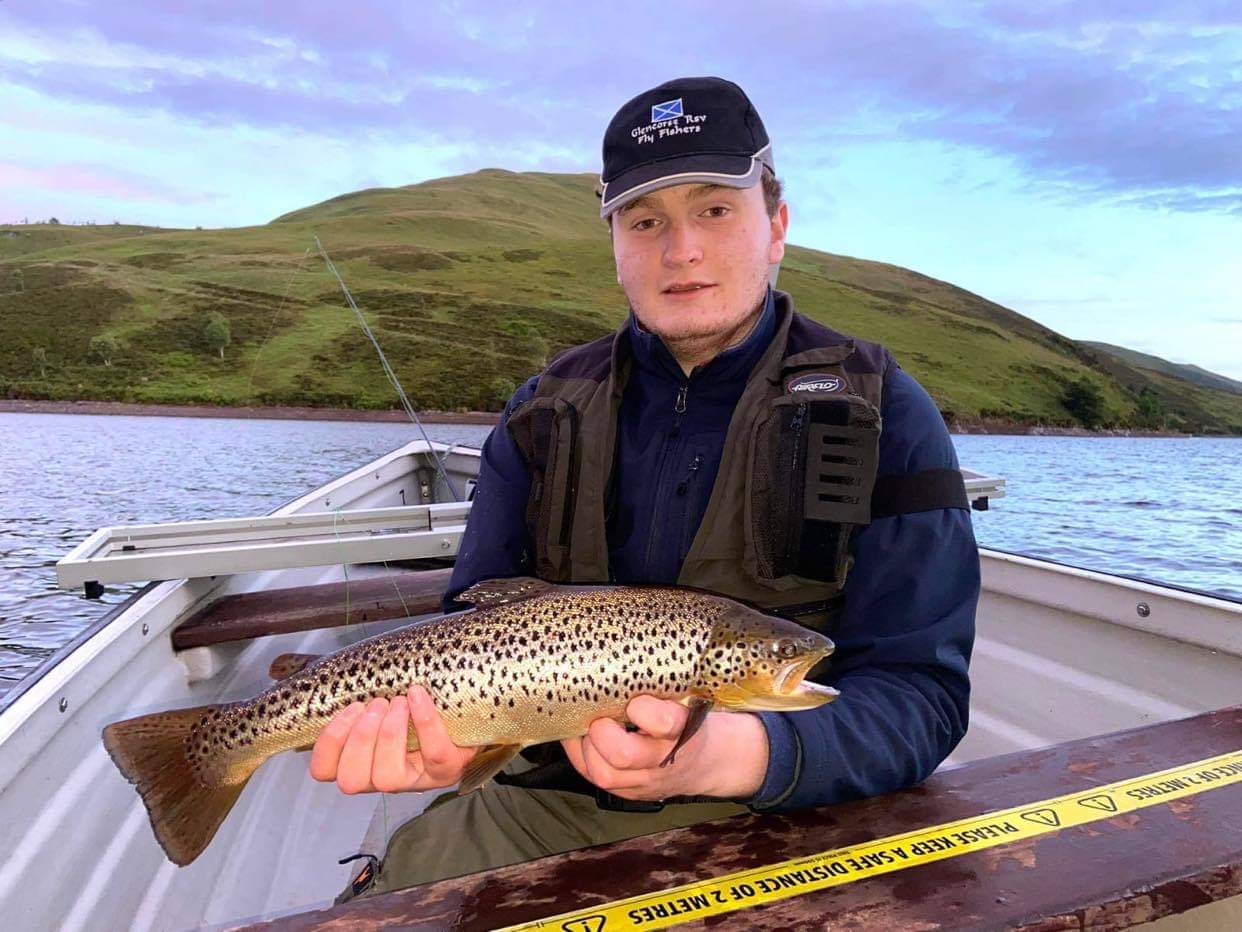 Local fisheries report fine catches despite variable weather conditions and up to 12 fish have been landed in a session at Harlaw Reservoir.

Some anglers have connected with big fish and have been broken according to Robert Ross, a director of Malleny Angling Ltd who administer the water.

Robert said: “One angler commented that he was into backing in a matter of seconds and found the fish unstoppable.

“Stocking will continue on a regular basis while Threipmuir continues to give the angler the opportunity to fish for brown trout.”

The best time, he said, is still early in the day from 7am till noon but weather has a major bearing on catches.

Glencorse continues to produce. Here is is boat fishing only and you have to book and Lewis Young is pictured with a fine brown trout from the popular water.

Higher up, anglers have also been catching at Loganlea with floating and sink tip lines the most productive. CDC, yellow owl plus Cormorant and diawl bach patterns have worked well.

In West Lothian, Bowden Springs’ bait pond has been really busy with a party of three taking home a bag of nearly 20lbs of trout and fish of over 8lbs have been landed in the fly pond.

On local rivers, Cramond Angling Club report good sport with brown trout being caught throughout the club beats. Emerger and CDC patterns have worked according to club spokesman Alastair Parkin.

The Water of Leith has also seen good fish landed according to Ben Steer, one of the Honorary Fishery Officers. He mostly fishes the stretch from Dean Village to Newhaven and reports that grey duster and olive patterns have worked well with nymph patterns also effective in fast water.

And Marc Anderson, president of Musselburgh and District Angling Association, said that not as many trout have been rising as they would have expected but that is probably due to he fluctuating river level and weather conditions.

However, River Esk regular John Stewart had five grayling to the net on Euro-style nymphing and Jamie O’Donnell also had some success with trout and grayling hooked.