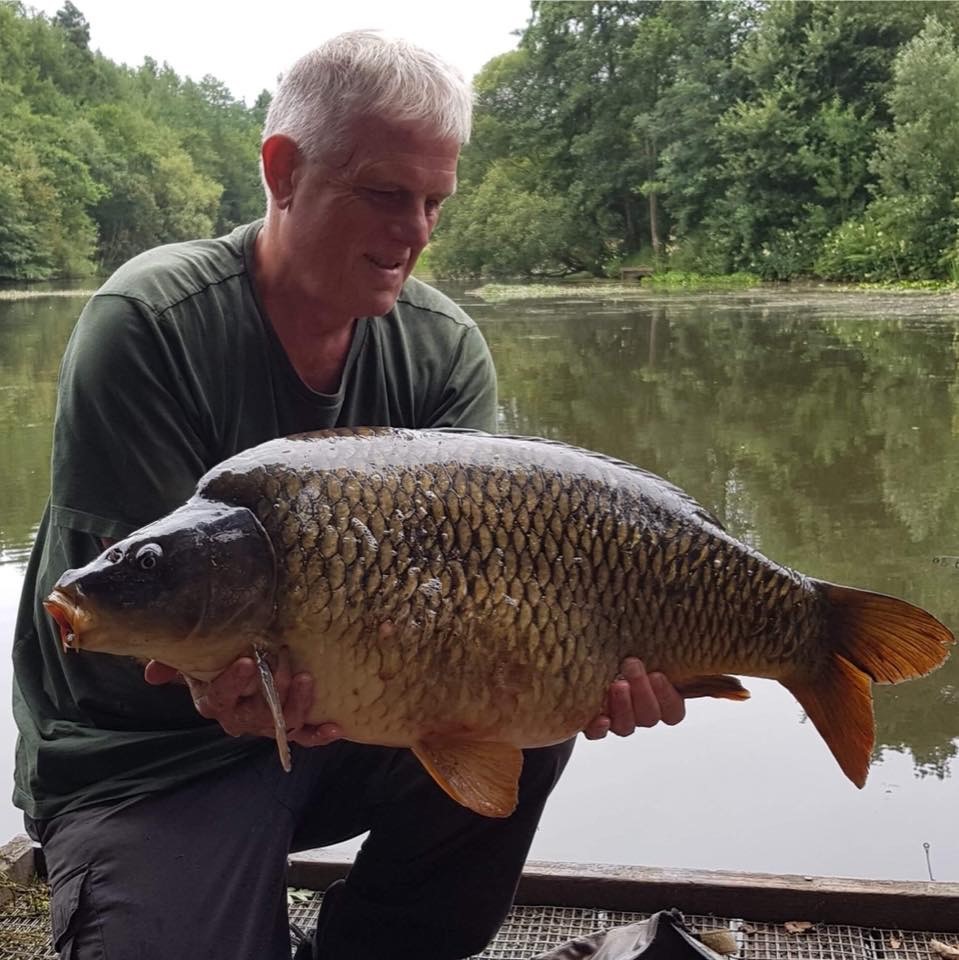 Interest in fishing has soared since lock down with anglers returning to the sport and newcomers encouraged to give coarse, game and sea angling a try.

One local beneficiary is Eliburn Reservoir (pictured is Gordon Lees with a 22lb common carp) who report that their day ticket sales have “gone through the roof”.

A stroke of good fortune has helped as local angler John Wood has received extensive coverage after landing ‘Colin’ the giant common carp.

It took John three days and nights to claim the record carp for the Livingston lake and the 43-year-old fought for ten minutes to subdue the 25lbs 12oz monster.

For the record, John fished an area at Eliburn which had an extensive weed cover cut recently and he used boilies and a Chod rigg on a 15lbs breaking strain line.

Meanwhile, at Magiscroft boss Rory MacLeod is also smiling at the seven-day, walk-up, venue near Cumbernauld as he reported a 30 per cent rise in ticket sales.

The location has over 150 pegs on seven ponds which are well stocked with a variety of coarse fish and he confirmed: “People want to get outside and move around and do something after lock down.”

That, of course, is encouraging for a leisure activity which is understood to be Britain’s biggest participant sport and the sixth biggest overall.

Andrew Jackson the part-owner of Orchil near Dunblane said he had noted a similar boost and he has regulars from as far afield as Aberdeen, Kilmarnock and Edinburgh.

He said: “We were anticipating a boost in interest and that has happened.”

At sea, Derek Anderson of Aquamarine Charters of Eyemouth has been busy since he was allowed to set sail again at the end of May and the relaxation has come at a good time.

Social media has been buzzing with questions about the return of mackerel and that has been one of the key drivers recently along with cod fishing. Mackerel arrived this week and Derek is running three-hour evening trips to cater for demand.

Mark Fouracres runs Bee Cool Fish also out of Eyemouth and he is currently running three- and six-hour trips seven days a week, sometimes twice a day from 7am.