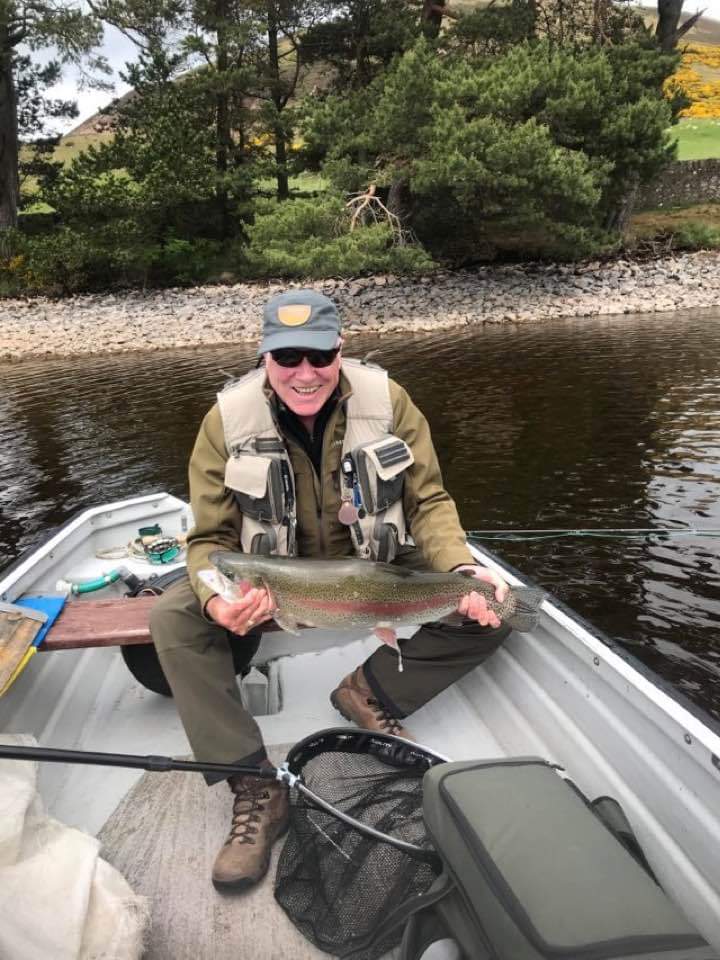 Anglers have been full of praise for Glencorse Reservoir (pictured) which re-opened last weekend.

One said the 100-acre water above Flotterstone was “electric”, another added that it was “rammed with fish” and yet another said: “It was worth waiting ten weeks for.”

Diawl bach, coloured lures and FAB patterns were among the most successful and owner Bill Taylor was delighted with the response.

He has boats available for a day session on Tuesday 16, Wednesday 17, Thursday 18 and Friday 19 of June and out picture shows Eric Neil with a fine double-figure trout hooked at the weekend.

Loganlea boss Karen Jack has been “overwhelmed” by the number of anglers who have ventured up the tight road to the fishery since lock down was relaxed.

There have been up to 40 a day and buzzer patterns are producing, just ask Edinburgh-based IT consultant John Ferguson who was smiles better after landing a frisky 5lb 12oz fish. Diawl bach patterns with olive and red flashes have also scored.

It is, she said, trial and error and fish have been temped on the surface but they have also gone deep with fishermen switching to intermediate lines.

Rosslynlee has been busy with up to 40 anglers on the water on some days with fish of 7lb-plus being landed.

On the other side of The Pentlands, Clubbiedean owner Steven Johnson said catches have been “amazing” since he reopened earlier this month with a 7lbs-plus Tiger trout among the best.

Anglers have been hooking fish on top of the water and deep down on intermediate lines. Tequila blobs, buzzers, CDC, hot head damsels and orange crunchers have been among the most successful flies.

The water, above Bonaly, is open seven days a week and has five boats on offer currently. Clubbiedean also features bank fishing as well as bait angling.

Bosses at nearby Harlaw have also been heartened by the number of anglers who have made up to the water and a number of good fish have been landed.

The car park has been busy most days with anglers keen to make use of the current 7am start time and re-stocking has taken place.