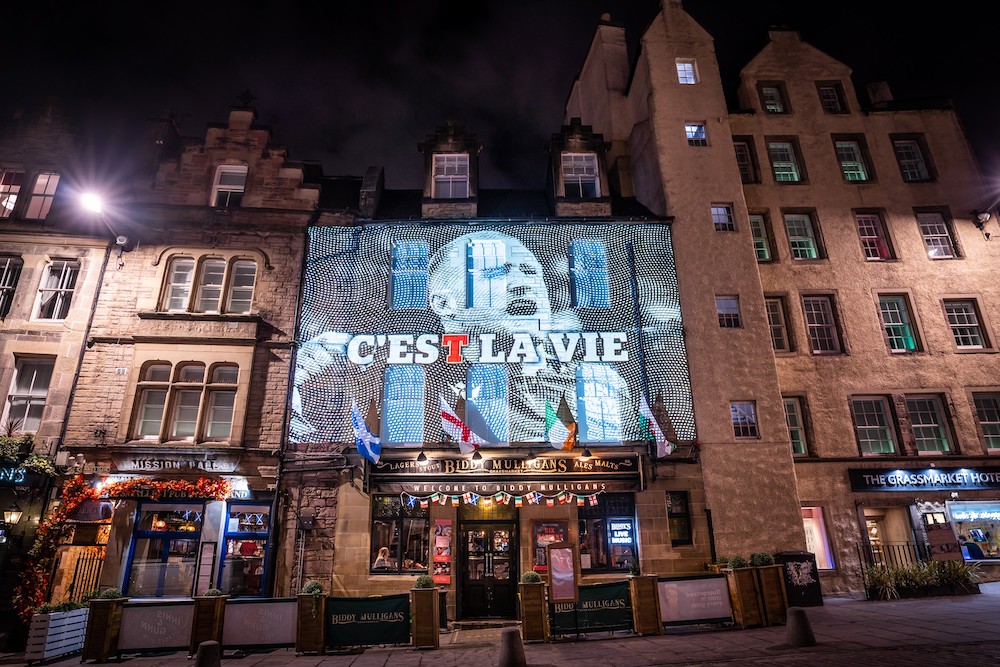 Marking a momentous win against a strong French side, Tennent’s Lager projected a photo of the Scottish rugby team captain onto the side of the Edinburgh bar, Biddy Mulligans in the Grassmarket.

The projection was accompanied with the message ‘C’est La Vie’, a wee reminder to the French fans that sometimes in life, things don’t always go your way.

Tennent’s Lager has been a rugby supporter as the Official Beer of the national side, Glasgow Warriors and Edinburgh as well as the Title Sponsor of club rugby at domestic league and cup level.

George Kyle, Head of PR and Sponsorship at Tennent’s Lager said: “What an incredible result. We’re a proud supporter of Scottish rugby and really pleased to be able to share this victory with all the fans across Scotland.

“We hope everyone has a fantastic evening celebrating and if you’re passing Biddy Mulligans, be sure to toast the victory with a pint of Tennent’s.”