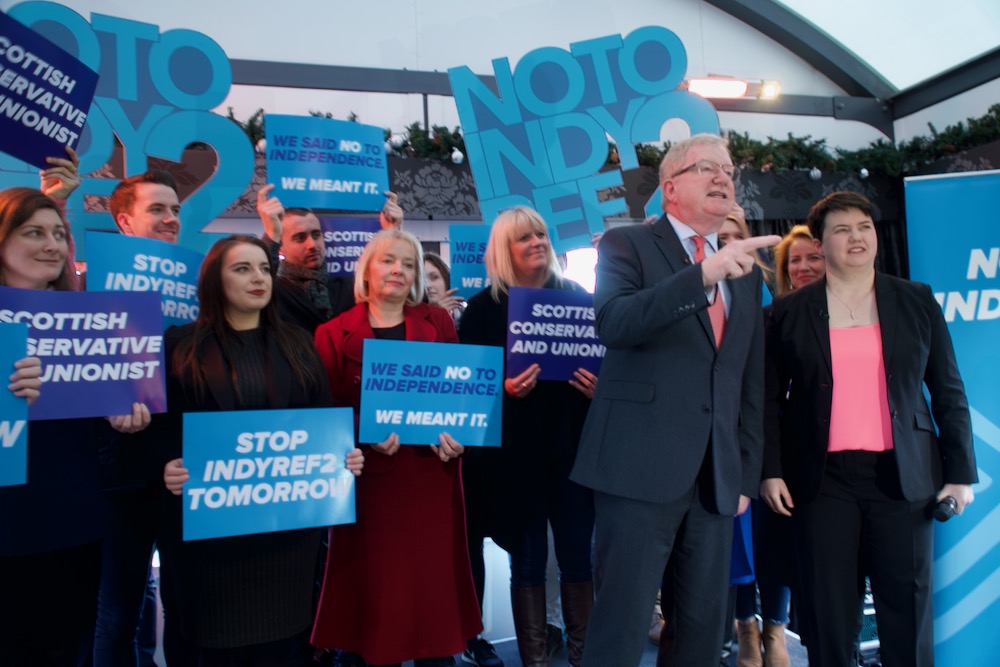 Jackson Carlaw has announced a series of new appointments within the party after being announced Scottish Conservative Leader.

Shortly after the announcement that he had won the contest with almost 76 per cent of the vote, he set out new names for the party’s senior political team.

Glasgow MSP Annie Wells will become a joint deputy leader of the party alongside North East MSP Liam Kerr, who has been in the role since September.

Rachael Hamilton, the Ettrick, Roxburgh and Berwickshire MSP, will become a party chairwoman, alongside existing chairman Rab Forman, who has been reappointed to the role.

More changes will be announced next week.

“Our task now is to look ahead to the 2021 Holyrood election.

“It’s no longer just a case of the SNP neglecting the day job – it’s about electing a new Scottish Government to do the day job differently.

“We’ve announced some appointments today, and there will be more to come next week as we get into gear for the 2021 campaign.

“I’ve spoken to the Prime Minister and we’ve agreed that standing up for Scotland is the number one priority.

“It’s a privilege to follow in the footsteps of David McLetchie, Annabel Goldie and Ruth Davidson to become the fourth leader of the Scottish Conservative and Unionist Party.

“I also pay tribute to Michelle Ballantyne, who fought a strong campaign and ensured a healthy debate took place among members across the country.”

“His time as both deputy leader and interim leader mean he is by far the most experienced person ever to have undertaken this role and I know he will have the whole party behind him as he leads us into next year’s Holyrood elections.

“Jackson is his own man and has firm ideas on how the party needs to change in order to build on recent successes. This is as it should be.

“Any party which refuses to adapt and change will very quickly be left behind.

“Jackson will have my absolute and unwavering support in the decisions he takes in order to get us fighting fit for next May.

“I would also like to congratulate Michelle Ballantyne on running a thoroughly impressive campaign, conducted in the right manner.

“We have strength and depth in our Holyrood team and all MSPs are keen to get cracking to take our positive message to the people of Scotland ahead of next year’s election.”