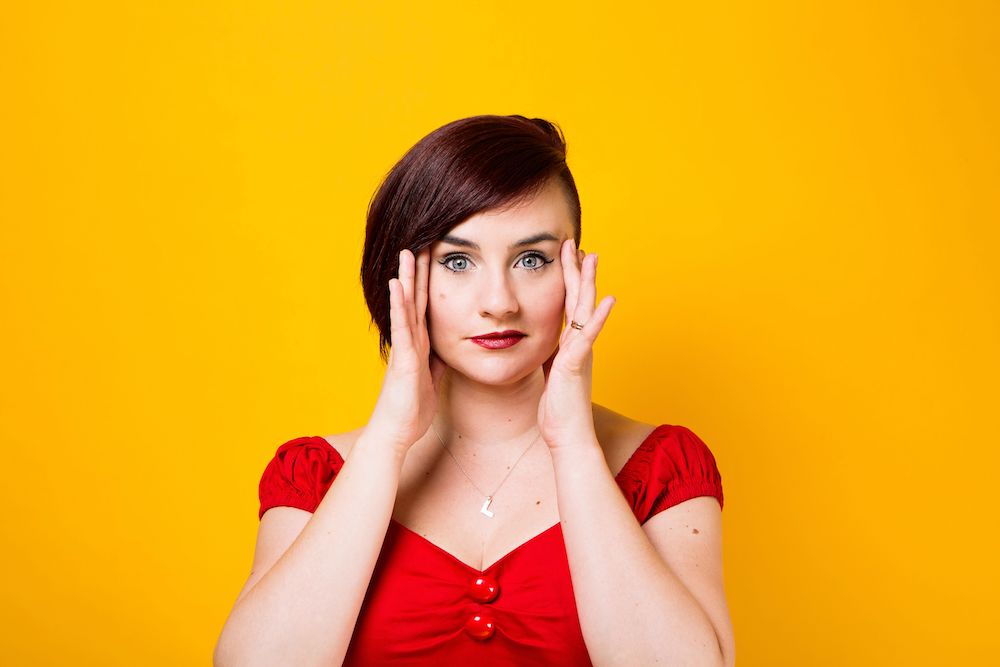 After her sell-out 2018 show Trying (a masterpiece,  Voice), which earned her the prestigious Comedians Choice Best Performer Award, star of Live At The Apollo, Laura Lexx brings her latest Edinburgh solo hour – Knee Jerk – to shine a hilarious light on how hard it is to be a good person these days.

The world seems furious at the moment, whether that is over Brexit, carbon emissions, gender, plastics in the sea, nationality or whether or not we should be aiming for the future or the past. Maybe Laura is projecting, but, is all this arguing and fighting down to the fact we’re absolutely terrified? In Knee Jerk, Laura uses the tricks she learned to cope with here co-anxiety to try and soothe the world’s temper and calm down our various phobias.

Laura takes on many of society’s big issues including feminism, technology and the environment asking questions such as, can you change the world without offending anyone? Can we stop being terrified and start being nicer to each other? Can you use netball to solve the gender pay gap? Spoiler alert: come for jokes, not for answers!

Laura Lexx is an award-winning comedian and writer. Her credits include Live At The Apollo (BBC Two), The Comedy Club (BBC Radio 4 Extra), The Jason Manford Show (Absolute Radio) and BBC Edinburgh Festivals, her performance on which has been viewed over three million times!

Following a critically-acclaimed run of her show Trying, Laura won Best Performer in the comedians Choice Awards and was in the top 10 of Daves Funniest Jokes of the Fringe 2018. Trying transferred to London for Laura’s debut Soho Theatre run in February of this year.

Laura has gigged at comedy clubs and festivals all over the UK and Europe, and has provided tour support for Jason Manford, Tim Vine and Russell Kane. She has picked up a host of awards and nominations along the way, including two nominations for the AmusedMoose Best Show, Chortle Best Compere nominations every year since 2016 and winning Comics Comic Best MC Award in 2017.