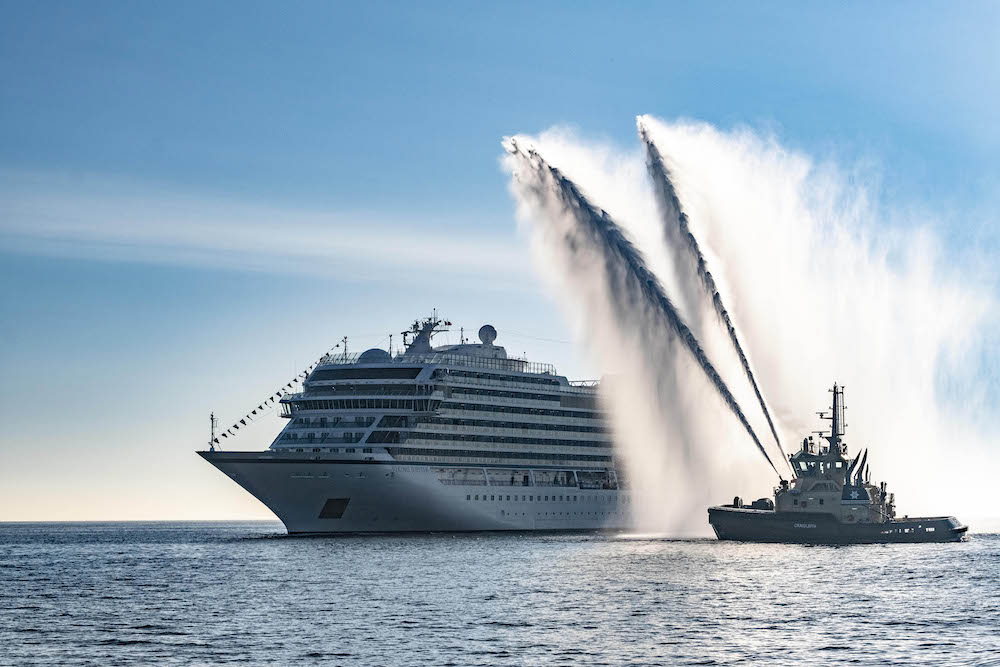 Viking Cruises’ brand new cruise ship dropped anchor in the Firth of Forth last week on its maiden voyage from Norway, where Viking Jupiter was officially named by star Norwegian soprano Sissel Kyrkjebo.

The ship is the sixth ocean-going ship to join Viking’s fleet. Jupiter is a ‘small ship’ by cruise line standards (that means she has space for 930 guests in 456 staterooms) but with her vast central atrium and huge glassed-in lounges, bars and restaurants she never feels crowded.

All staterooms have exterior balconies and cruise fares include all meals and perks that Viking claims are worth more than $200 per person per day, including beer and wine with meals, WiFi, spa access and shore excursion in each port of call. Most rival cruise lines charge for such extras, Viking claims.

New highlights of Viking’s popular river cruise programme for 2020 will include a Danube cruise featuring the once-a-decade Oberammergau Passion Play, a Black Sea and River Dnieper itinerary including Kiev, Odessa, Bucharest and Istanbul.

Prices start at an affordable £1,195 per person for a seven-night Danube Waltz river cruise and £1,940 for the Iberian Explorer ocean cruise.

You’ll need a lottery win (or at least a new mortgage), though, for the 161-day 2020-21 Viking World Cruise, featuring 75 ports in the Caribbean, South Pacific, Asia, the Middle East and the Med. It begins in Miami, finishes in London – and prices start at £45,995 per person.

To make a booking or for more information on Viking Cruises call 0800 458 6900 or go to www.vikingcruises.co.uk