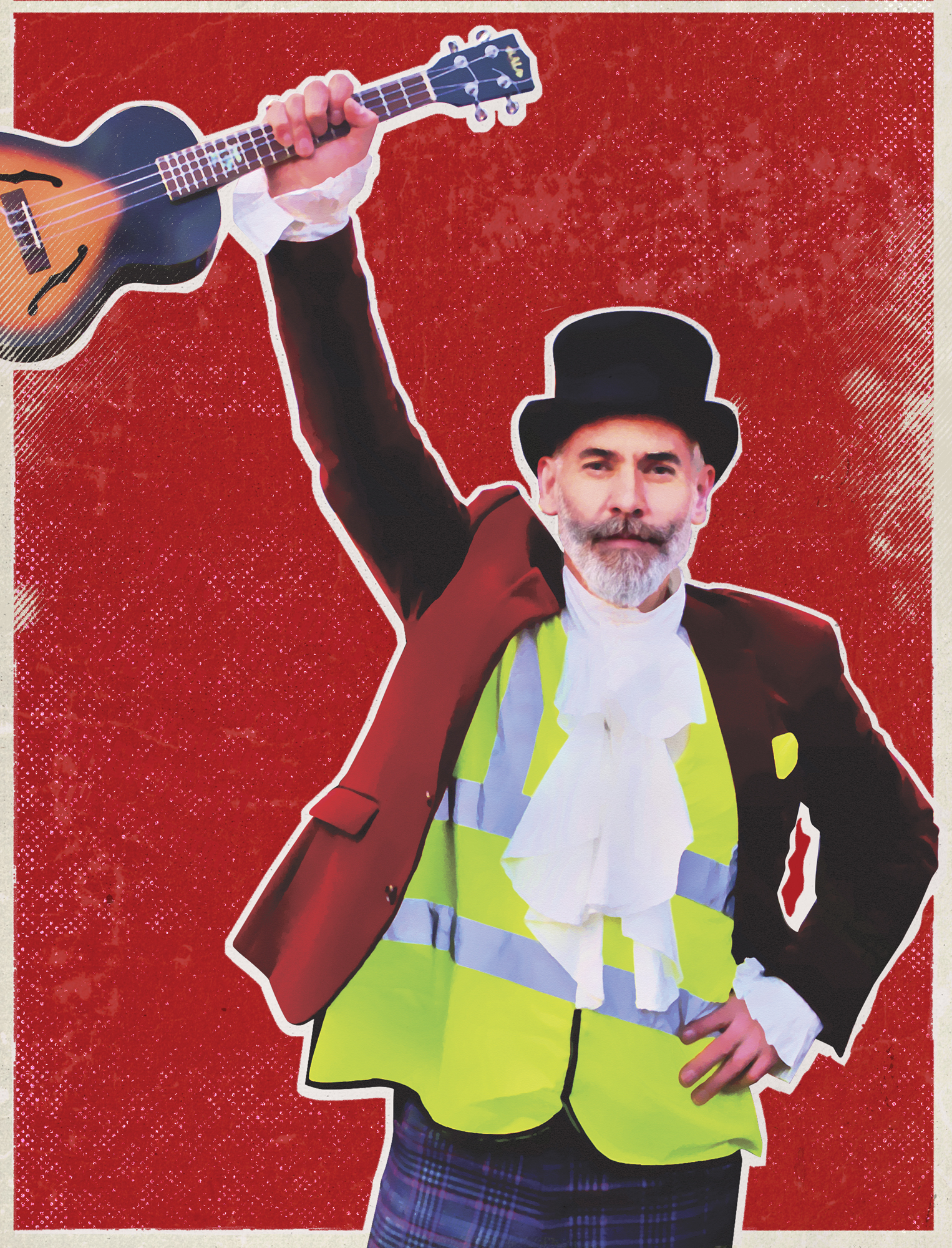 2019 is the year the protest song makes its comeback.

From the ‘outstanding’ (The Times) creator of YouTube smash 17 Million F*ck Offs – A Song About Brexit come comic songs, stories and stand-up for people who think the government should stay out of it.

As well as reviving the protest song with such daring ditties as F**k The Government, I’m Secretly In Love With Nigel Farage and Maybe Donald Trump Is Not All Bad, Frisby, the world’s only financial writer and comedian, creates an entirely new musical genre: passive aggressive hip hop.

He introduces us to his libertarian future vision via The National Anthem of Libertaria (written to the music of the Hymn of the Bolshevik Party). Anti-war, anti-crony capitalism, pro-legalisation of drugs, and anti-state authority in all its forms (be it of the left or right), Frisby’s crusade means: free trade, free markets, free movement, free minds, free speech, free choice – and free entry to the show. (Although, it’s not so free to leave.)

Dominic says: “If you believe in things like freedom, bitcoin or Brexit, you’ll like this show. If you think the government, BBC or EU has the answers, you won’t.”

No entry to statists, crony capitalists or the metropolitan liberal elite.

As seen on BBC, ITV, Sky, Channel 4 and Dave, Dominic Frisby is the world’s only financial writer and comedian.

As a financial writer, he writes a weekly investment column for Moneyweek and is the author of the first book on bitcoin Bitcoin: the Future of Money? (‘Read it and glimpse into the future,’ – Sir Richard Branson), as well as Life After The State (‘Something extraordinary … a page-turner on the economy’, – James Harding). Following his 2016 sell-out show, Let’s Talk About Tax, Dominic’s book on the past, present and future of taxation – ‘Daylight Robbery’ – will be published by Penguin Random House this October. Dominic also regularly contributes to the Guardian, the Independent and numerous financial websites.

As a comedian Dominic is resident MC at London’s oldest club, Downstairs at the King’s Head and at its grooviest new club, Comedy Unleashed, which celebrates free speech. He began his career with the Upper-Class Rapper (“highly amusing” Time Out) and has always loved songs and song lyrics.

On screen, Dominic was the resident business analyst on Dave’s Money Pit alongside host Jason Manford. Dominic also co-wrote and narrated Four Horsemen, the internet documentary sensation about the global financial crisis with over 8 million views on YouTube.