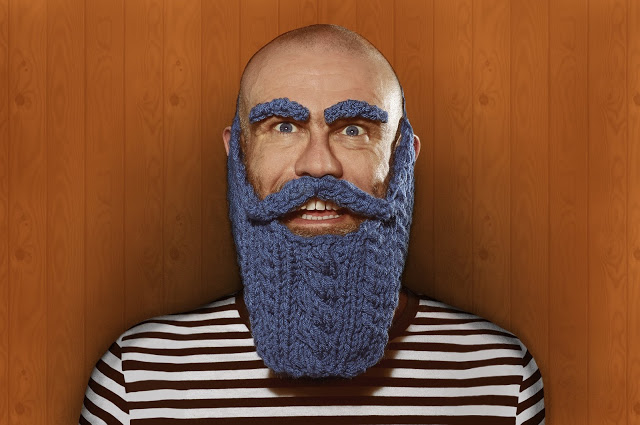 Knitting With Maracas is the follow up to last year’s award winning* show There’s no i in idiot and is a celebration of all things stupid. In this new hour, Olaf asks the audience to forget about being grown-ups, with all of their important things to worry about like switching energy providers, and, for just one hour, regress into a childlike state of blissful ignorance.

*Best Poster 2018, that counts as award-winning

As well as finding comedic success onstage (Leicester Square New Comedian 2015 Finalist, Laughing Horse New Act of the Year 2014 runner up, Fosters Golden Jester 2013 winner), Falafel has also enjoyed online and TV fame on Daniel Toshs’ Comedy Central show Tosh.0 with his short viral videos. His jokes have featured in numerous Best Fringe Jokes selections, including those of The Independent, The Mirror, The Telegraph, The Guardian and The Scotsman. Meanwhile, Olaf’s jokes have appeared in the top 10 of Dave’s Joke of the Fringe for the last two years running (2017 and 2018).

Olaf’s highly successful absurdist movies include a croissant-coiffured talking Donald Trump
puppet (retweeted over 19,000 times, with 23 million views), slices of truth telling cheese being
thrown onto newspapers and the Bee Gees hiding in beards. Olaf enjoys an average of over 500
retweets a day for his comedic output and has had over 75 million views on the former social
media platform Vine.

The comedy website Chortle affectionately described Falafel as ‘an idiot’ and when he doesn’t have a microphone in his hand you’ll find him with a pencil and pad working on his series of
children’s books aimed at his intellectual equals. Falafel hit the headlines by securing publishing’s fastest ever picture book deal (via one Tweet) for his semi-autobiographical masterpiece Old MacDonald Heard A Parp.

This was followed up by Father Christmas Heard A Parp and then Old MacDonald Heard A Parp From The Past. Falafel’s latest book is It’s One Giant Leek For Mankind, a loveable homage to the moon landings on their 50th anniversary, published by his own imprint Unexporcupine Publishing.