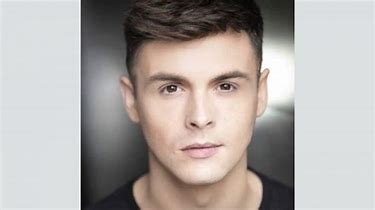 I’ve heard plenty about the musical Joseph and the Amazing Technicolor Dreamcoat. My wife Marion loves it (particularly when Donny Osmond performed it but that’s another story) and I’m aware of how popular the show has become since it was first promoted at the Edinburgh International Festival away back in 1972. Tuesday evening at the Edinburgh Playhouse was my first experience of the show Andrew Lloyd Webber and Tim Rice collaborated on all those years ago.

The show tells the story of Joseph who has eleven brothers – and a coat of many colours – from the Bible’s Book of Genesis. The lead is played by Jaymi Hensley, not someone I’ve heard of, but he is a member of a pop band called Union J who, apparently, finished fourth in ITV’s The X-Factor in 2012. That still means little to me, but I have to say young Jaymi has a very powerful voice and performed the role of Joseph like he had been born to play it.

There is another strong performance and powerful voice from Trina Hill who plays the narrator and she used her considerable experience in musicals to great effect. Both Hensley and Hill clearly love playing their roles in Joseph and this shines through their impressive performances. There are also strong performances from Henry Metcalfe as Jacob/Potiphar and Andrew Geater as Pharaoh/Asher.

A rather short first act begins with Hill introducing Jacob and all his sons. Joseph is singled out by his father and this causes resentment among his siblings. The act ends strongly and there’s an energy and passion from the cast of players that is relentless even through the longer second act.

Many stage adaptations of classical stories have used ‘creative licence’ and Joseph is no different. Not having seen the show before my train of thought was derailed somewhat during the second act when an Elvis Presley look-alike appeared with a couple of songs which seemed like a tribute to the rock-and-roll legend. Now, this is fine in itself, but I remain oblivious as to where this sits in the story of Joseph. Likewise, the scene set in Paris with a silhouette of the Eiffel Tower at the back of the stage. I tried to ask Marion about the relevance of this, but she was far too engrossed in the show to answer my query…

If, unlike me, you’re aware of what the show is about already then you’ll be glad to hear the classic numbers such as Any Dream Will Do, Go, Go, Go Joseph, One More Angel in Heaven, Those Canaan Days and others are all part of the performance.

The show is produced by theatre legend Bill Kenwright and has a feelgood factor throughout. Jaymi Hensley has a hugely impressive singing voice and one can see a great future for him on the stage in musicals such as this. He is certainly deserving of the lead role in this production.

If you love your musicals (as Marion does) you’ll love this.

Joseph and the Amazing Technicolour Dreamcoat is on at the Edinburgh Playhouse until Saturday 23rd March 2019. Tickets here.