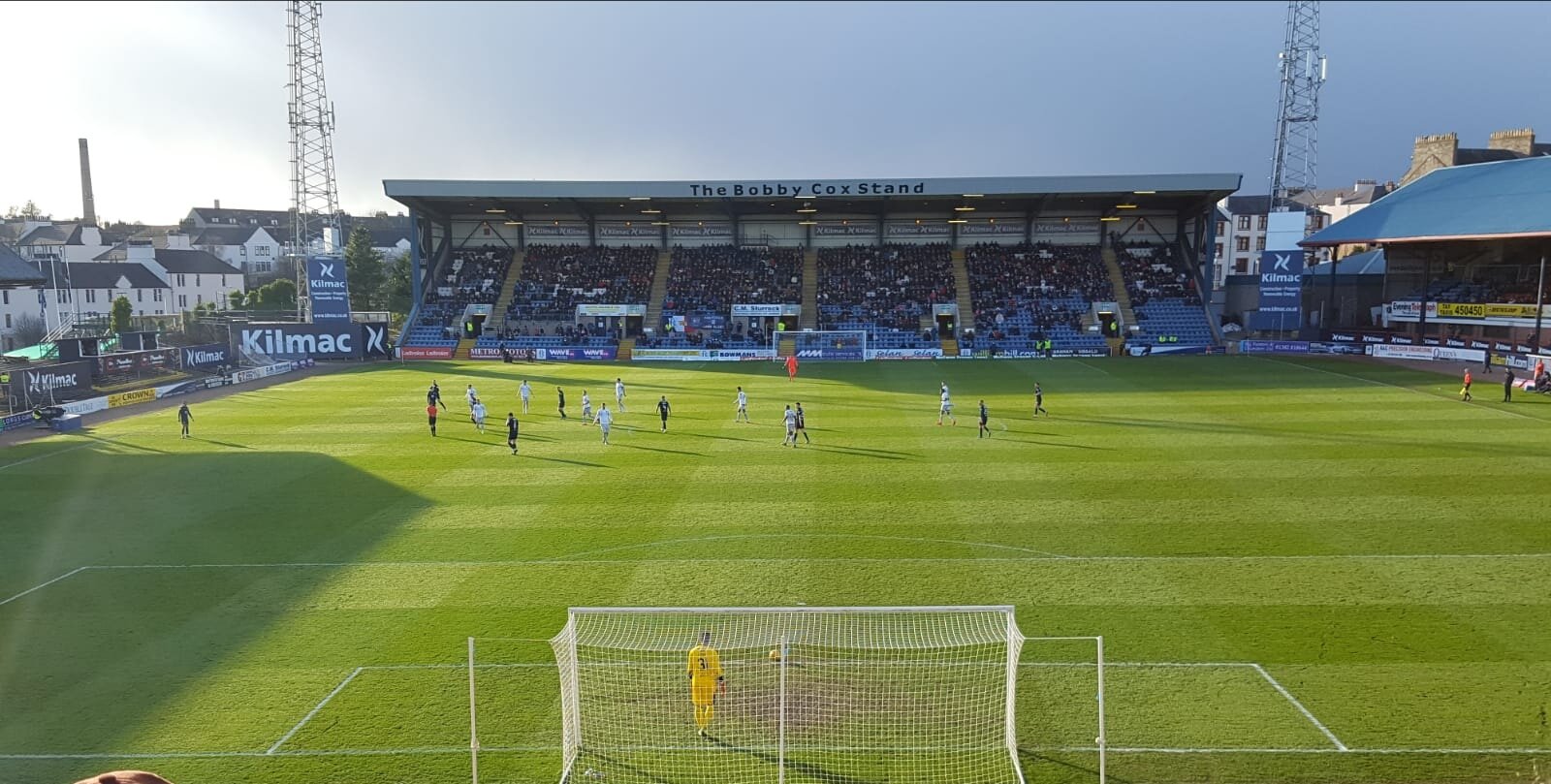 An early goal from Sean Clare was enough to secure all three points for Hearts in their Ladbrokes Premiership clash at Dundee on Saturday. If truth be told the Englishman’s third goal of the season was about the only thing worth recording from a game that was a tough watch for the travelling Maroon Army.

Hearts manager Craig Levein made a couple of changes to the team that threw away victory in the Scottish Cup at Firhill on Monday. Steven MacLean and Oliver Bozanic dropped out, Callumn Morrison and David Vanecek replacing them.

It was blowing a hooly in Tayside and the conditions made it difficult for any chance of playing a passing game – not that Hearts have done much of this in recent weeks.

Veteran striker Kenny Miller had an early chance for the home side, but it was the visitors who took the lead in the 15th minute with their first serious foray into the final third of the field. Arnaud Djoum drove a low pass inside the Dundee penalty box which Callum Morrison and David Vanecek struggled to make anything of. However, Sean Clare forced the ball through the legs of Dees keeper Dieng and Hearts, much against the run of play, were ahead.

There isn’t much else to say about the game really. Miller was denied by a fine save from Hearts keeper Bobby Zlamal while Callumn Morrison had a shot saved by Dieng.

Later in the game Zlamal produced a brilliant save to deny Miller again before the Hearts custodian saved from O’Sullivan.

And that, dear reader, was that.

As you might expect, Hearts boss Craig Levein attempted to put a positive spin on things after the game. He told the official Hearts website:

“When we arrived it was very, very, windy and the weather changed numerous times through game. The pitch was quite bumpy. It was never going to be a classic, so we had to have the mindset if the game becomes scrappy and bitty that we have to be able to do well in those situations to enable us to win the game. It pleased me that we didn’t play particularly well, and we won.”