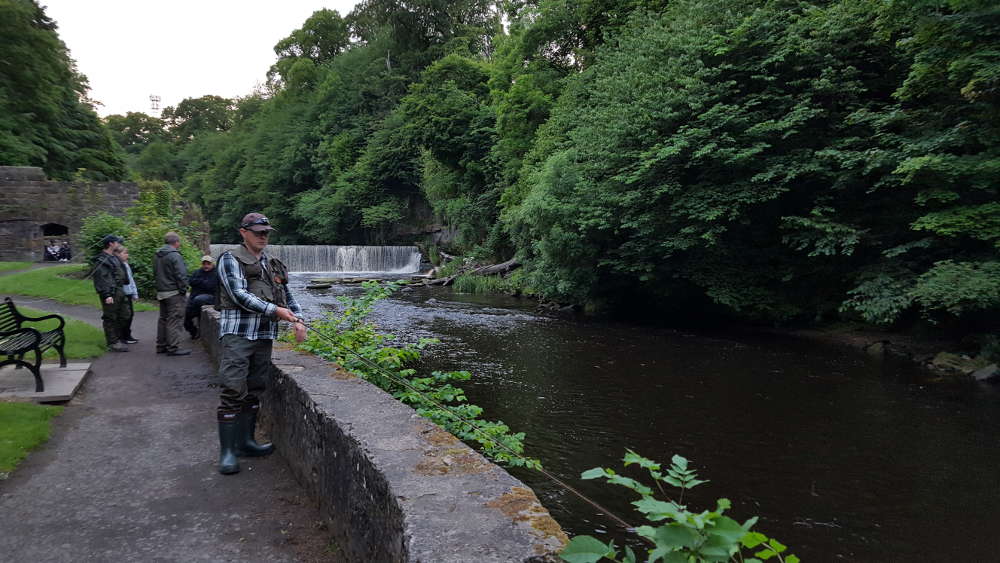 The recent clean-up project undertaken by volunteers under the direction of The Forth Rivers Trust has removed hundreds of items from the river. Included were wet and baby wipes and women’s sanitary products.

Nim Kibbler, one of the organisers, said they are now working with an artist to make the items found into a sculpture to go in some of West Lothian’s park toilets.

The official added: “This is with the hope that people will realise that what they flush down the toilet has potential to meet them again their next countryside walk.”

Meanwhile, Nikol Stewardson, the head fishery officer for the Water of Leith, said that the fish and other wildlife have successfully recovered from the recent flood prevention scheme.

Trout fishing has ended on the water for the season and he urged anglers to send in their catch return forms as quickly as possible so officials can make an assessment of activity.

Reports from bailiffs indicate that the upper river from Balerno to Slateford have generally fished well as the water levels remained steady and consistent.

The river, from Slateford down to Leith, has also thrown up some great sport in tight spots.

He added that the Water of Leith has a steady flow of people who fish the river and they include novices getting the feel for the sport and developing their learning and more experienced hands who quietly do away at their own chosen spots.

Flies which have worked well throughout the year have included grey dusters and small alexandrias.

Olives through spring and early summer and butchers or any other patterns with black and red in them have also done well.

Nickol plus officials at West Lothian Angling Association and Cramond Angling Club – who both have eight-mile stretches in The Almond – have urged their members to send in their returns.

Meanwhile, Rosslynlee Trout Fishery near Penicuik reports good sport on orange lures and it is the same story at Morton Fishings near Mid Calder with egg and muddler patterns plus yellow owls attracting interest here.

Glencorse Reservoir in The Pentlands has now closed for the season but the winter league at Tweeddale Millennium near Gifford starts on Saturday, 27 October.

This popular competition is open to all and runs every second Saturday. There are cash prizes and telephone 01620 810009 to enter.

And the Edinburgh and Lothians Coarse Angling Club are advertising potential winter league dates on their website.

Offshore and Trevor Springford, skipper of Andara II based at Dunbar, recently voiced his hope for settled weather and it appears to has arrived. Now he hopes for improved sport, particularly for cod, in The Forth.