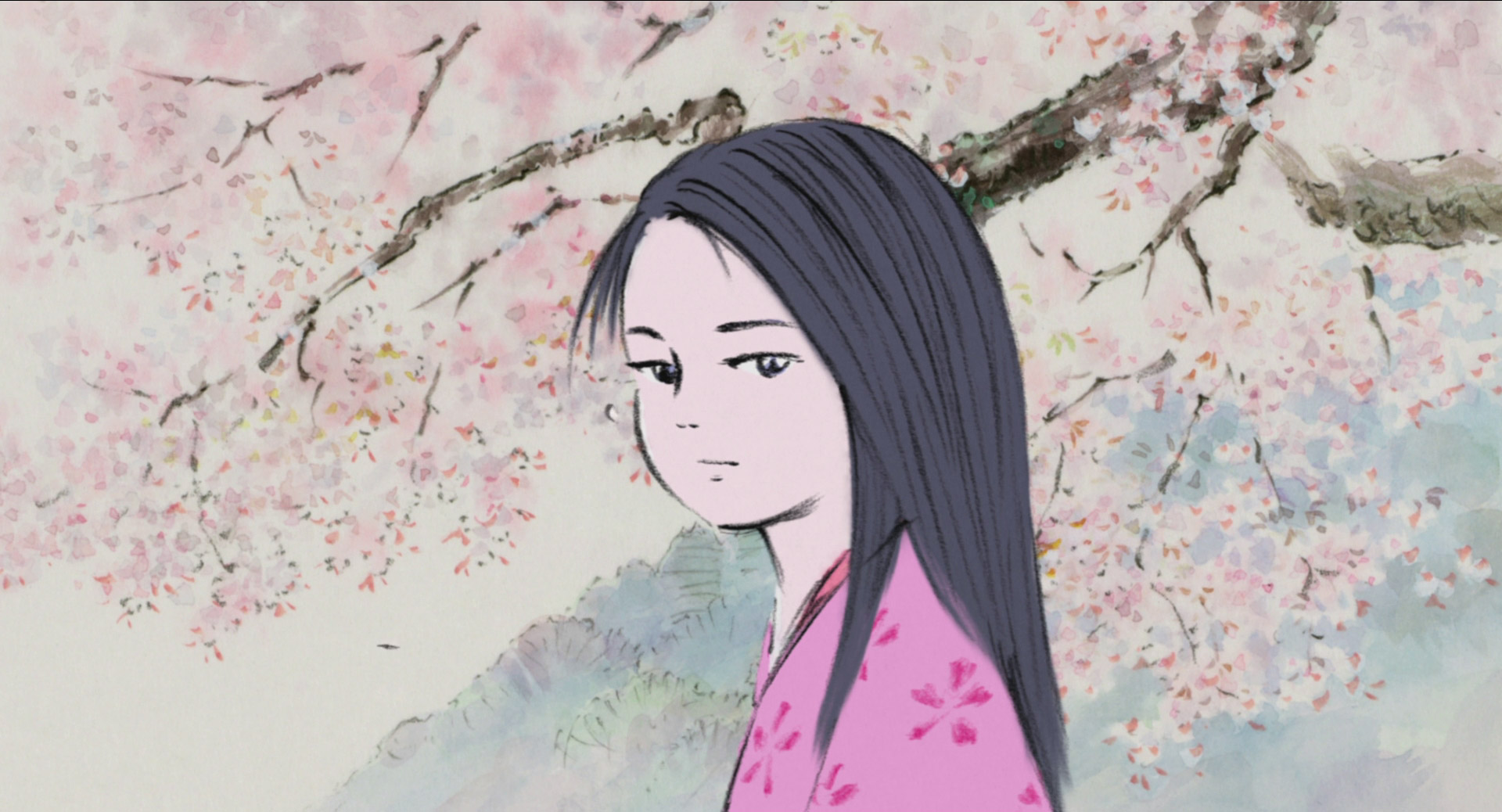 Found under the bark of a bamboo shoot, a tiny girl flourishes into a beautiful young princess under the watchful eye of a bamboo cutter and his wife. Both headstrong and eager to please, the girl finds herself trapped in between her own family’s respect and her own right to freedom from eager male suitors.

It’s a miracle that beneath the uncompromising vision of Miyazaki, another Ghibli director has delivered a distinguishable visual presence. In some ways, Isao Takahata becomes my most favoured animation master, considering he is behind the exceedingly brilliant The Grave of the Fireflies, which tore audiences in two when it premiered alongside Miyazaki’s more recognised My Neighbour Totoro back in 1988. It’s a troubling double bill; a vision of Studio Ghibli’s slightly risky way of making movies that shows these things aren’t just for kids.

But whilst the company has recently veered towards the more fantastical depiction (even Miyazaki’s supposed swan song The Wind Rises had elements of magic), there is a straight-laced feel to The Tale of the Princess Kaguya that makes it a weird and still totally wonderful Ghibli watch. It has a rare, focused linearity to it that reads like the pages of an old fashioned children’s novel. Kaguya is based on a Japanese folklore tale, and although reference drawings show Takahata hasn’t moved far from the classic depiction of the story, his watercolour and graphite vision is completely fresh and overwhelming; even from a studio that’s been in the business for so long.

There’s a haunting sequence in Princess Kaguya: with every indentation of the paper erratically scored with pencil, our protagonist races through her bedroom walls and out into the wilderness in a terrifying act of defiance almost a kin to a battle scene in Watership Down. It’s confrontational and yet somewhat entrancing; as her screwed up faces throws itself towards your own.

Lacking in exuberant visuals and modern animation techniques, Princess Kaguya is further proof that Studio Ghibli’s colour lies in its storytelling. Reminiscent of the great woodland works of Walt Disney (Snow White and the Seven Dwarves, at times, rings a bell) and even the comeliness of Totoro, it manages to feel intimate despite its sprawling run time.

Perhaps the only grating issue with The Tale of the Princess Kaguya is just that. At 140 minutes, it maybe feels a little too long for the story it has to tell. The stripped back nature of of its nature of its visuals require a little imagination and investment and before long it verges into slight tedium. Regardless, when things wrap up, there is absolutely no sense of dissatisfaction. The goods in Princess Kaguya more than outweigh the bad, rendering it yet another stunning square in the vast Ghibli tapestry.