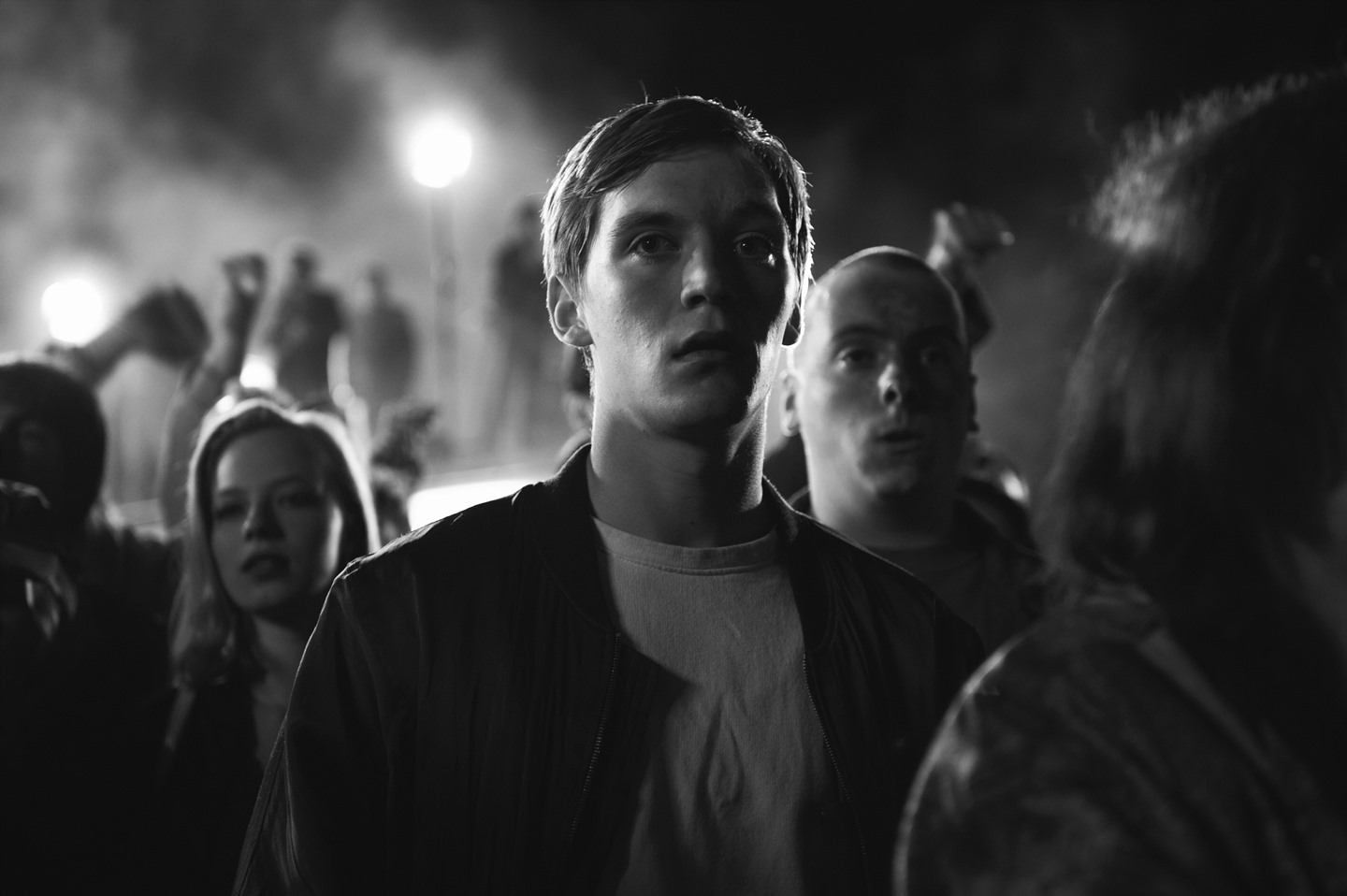 It has been almost two years since the Berlin Wall collapsed. In Rostock, a former East German town, tension is growing following an influx of asylum seekers and immigrants moving into the town. With a sense of societal detachment and an obsession with dwindling fascism, a group of young people join a growing xenophobic force to push the new arrivals out of town.

We Are Young. We Are Strong.‘s director, Burhan Qurbani has crafted a film that feels like This is England and La Haine shaking hands. Beautifully shot with a scintillating score by Matthias Sayer and Tim Ströble, there is a gorgeous underlying sense of discomfort that shadows his young protagonists. In conversation, these teenagers seem incredibly normal. Tongue kissing, camper van hangouts and trips to the beach make up the most of their normal lives. But as darkness draws in, the sweat dews run down their forehead from the searing Molotov cocktail heat and their eyes fill with anger.

The film is, for the most part, presented in black and white; an unambiguous colour scheme that mirrors the almost clueless naivety of these kids. As the emotion and tension heightens, things transform into daunting colour, the usually concrete grey towers glowing with deep orange embers; festooned by shattered glass.

Beneath the sumptuously well thought out visuals, Qurbani has crafted solid characters too. The teenagers act as they should, each either shy, antagonising or downright moody. Passion isn’t short there. The best performance here comes from Trang Le Hong who plays Lien, a young Vietnamese immigrant who spends her days working in a garment cleaning factory. With her hair bleached and styled, she is almost the leader of the opposition against the thugs. This youthful tenacity shines through; her strength as a performer undeniable.

At times, it feels as though Qurbani may have bitten off more than he can chew. There are rare encounters with a local politician that add context but not much else to an already brimming situation. This adds a little unnecessary strain to a run time that already could be fifteen minutes shorter. Thankfully, his depiction of the brutal unrest is so visceral and well crafted that this can be forgiven.

A startling clash of youthful naivety and seething hatred, We Are Young. We Are Strong. is a stunningly crafted companion to a continent’s discomforting and ever-growing xenophobic presence.

We Are Young. We Are Strong. plays at the Edinburgh International Film Festival 2015. For ticketing information, check the EIFF website.