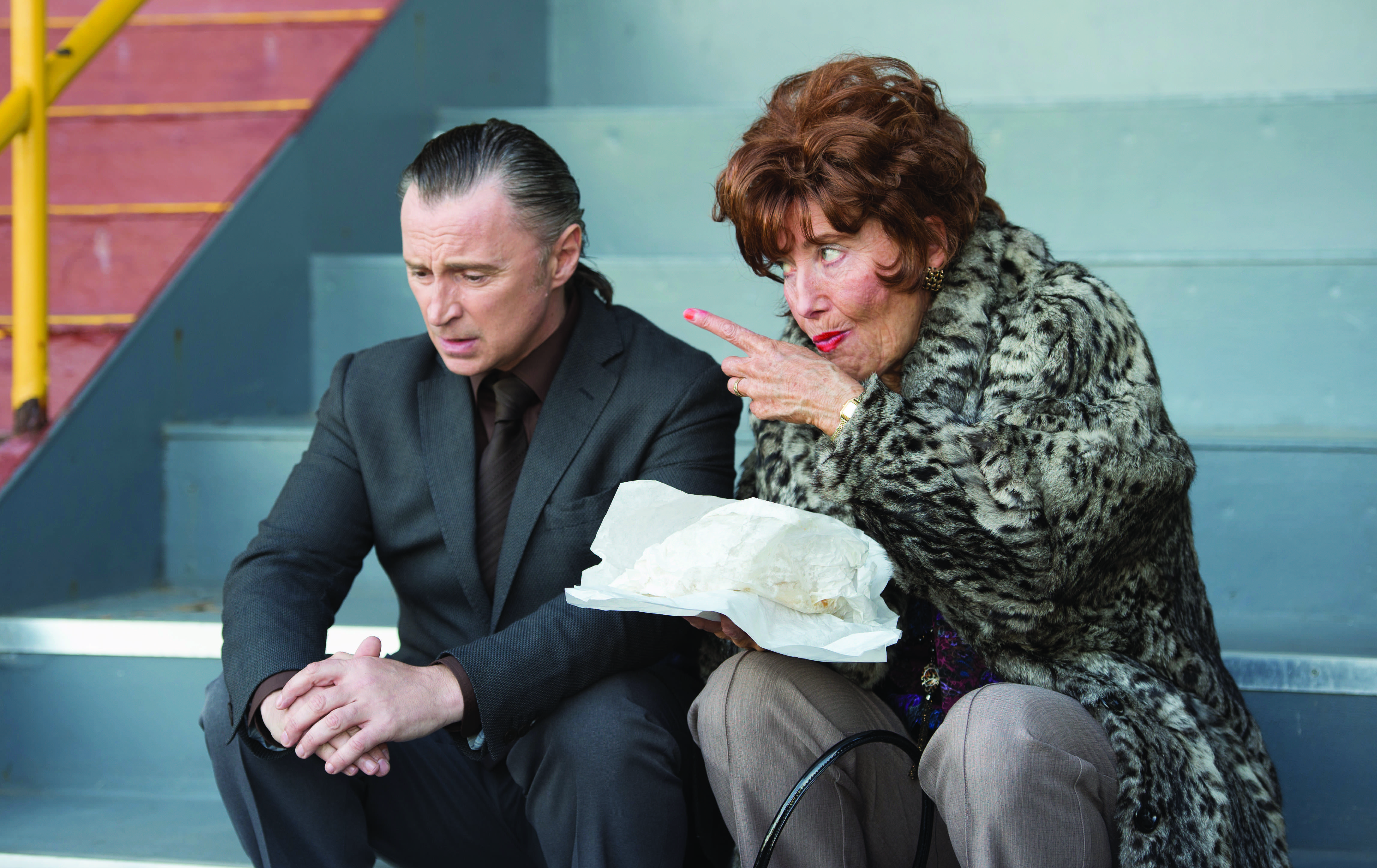 With an illustrious screen acting career that has spanned the best part of 25 years, it’s bizarre to think that it has taken until now for Robert Carlyle to grab the reins of a film as the director. His first film since his last Edinburgh appearance with California Solo, there’s something brilliantly personal and devoted about The Legend of Barney Thomson – a Glasgow-set dark dramedy in which Carlyle comes into his own both in front of and behind the lens.

Another day in the east end of Glasgow. A barber arrives at work with clients reluctant to see him. After years in the business, this has become all that he has. Uninspired and aggravated by day-to-day life, he finds himself fired and, by accident, with a pair of scissors through the chest of the man who delivered the bad news. A brutal, unfortunate accident? Yes. Call the police? Absolutely not. With a potential motive behind his accidental actions, the man must cover up his tracks and avoid being embroiled in a serial killing mystery that’s overcoming the city.

The film takes place in an indeterminable time period in Glasgow. Fuzzy, analogue radios blare Kasabian’s latest. Dating ads in browning newspapers reference Brad and Angelina. There’s a sort of comely, dateless feel to Carlyle’s otherwise dark Scotland. Brilliantly accomplished,there are signs of a fresh director toying with cinematic techniques and relishing in the outcome; a piece of work he must be undeniably proud of.

His directorial work goes hand in hand with the lead role he has taken on. A barber with a nervous disposition, Carlyle’s performance remains as controlled as his directorial hand; suitably cautious and flat out erratic when it’s called for. Once we bypass the ropey opening monologue, we find ourselves suitably in the head of Barney Thomson; by turns hopeless and obscure.

Carlyle has squeezed in a shining, supporting cast from across the country. Martin Compston, the Scot actor known best for Sweet Sixteen gives it his all; even if he’s not given a whole lot to work with. Ray Winstone plays the detective assigned to the case to solve the unraveling murders. He does so with a tough as nails, ballsy attitude. It’s nothing new to him, of course, but he’s doing a fine job, overcoming the one or two incongruous sexist jokes delivered by his character. They’re some of very few gags that don’t quite gel with the otherwise slick, Scottish humour.

There’s no way of discussing the film without highlighting the bloody genius work of Emma Thompson. The actress known better for her sharp witted, well-to-do characters embodies Barney’s foulmouthed trainwreck of a mother pretty much impeccably. Adorned in faux fur and decorating her faced with lurid pink lipstick, we first meet her at the dog tracks; betting her money away and spending her winnings on a fish supper. As she shovels the contents of the paper packet into her mouth, it’s difficult to see the original woman underneath. Her brilliant sense of humour pokes through her crooked, smoke-stained teeth; paired with a flash of near enough every Scottish person’s grandmother that makes her an absolute delight to watch. It may sound hard to believe, but looking back upon this illustrious actress’ career, this oddball piece of work may just be considered a worthy highlight.

When it delves into sordid subject matter, the film becomes a mix of dark comedy and family drama. There are moments of genuine sadness that can be seen beneath the running gags; but poor taste never manages to be the defining factor. Instead, it balances its topsy-turvy tone to the end, avoiding depressing, emotional gravitas.

It may be a film about a deeply depressed, unintentionally murderous hairdresser, but its hard to disagree with the fact that this feels like the cinematic calling card Glasgow has been hoping for. Brimming with black comedy and featuring an excellent, oddball performance from Emma Thompson, this is one of the strongest Edinburgh openers we’ve seen in years.

The Legend of Barney Thomson had its world premiere at the Edinburgh International Film Festival 2015. It has its official UK release on July 24th.