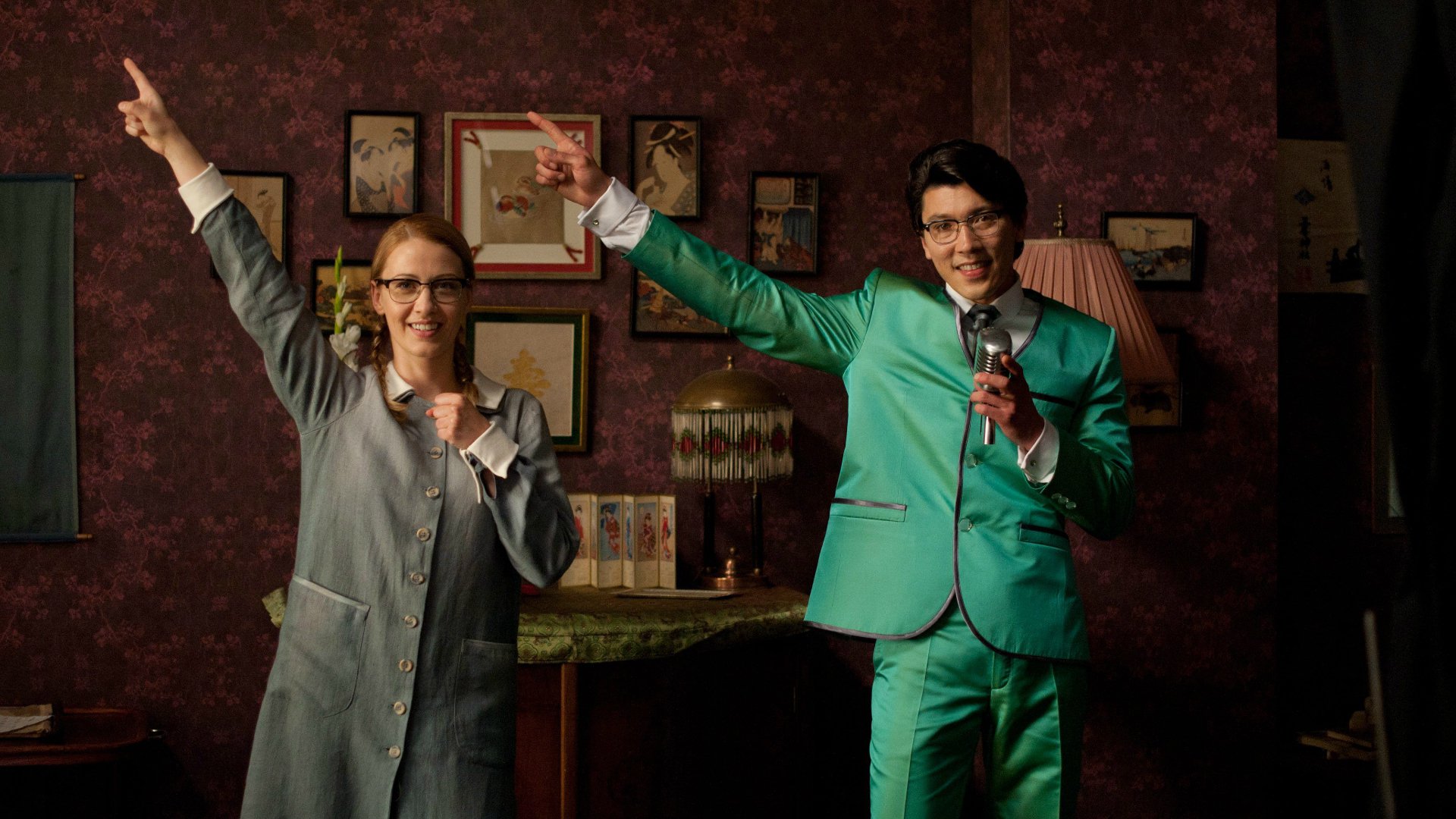 In modern day Budapest, a spirit shaped as a 50’s Japanese surf pop singer haunts a lonely nurse who’s desperate to find love. Out of jealousy, the ghostly figure curses her, turning her into a fox fairy – a figure of Japanese folklore. Now, every man she even slightly desires is sentenced to a violent death. With the ghoul always looming, will she be able to overcome the curse and find a man to love?

Mészáros’ utterly bizarre look at a woman perhaps plagued by mental illness has all the deft charm of a Jean-Pierre Jeunet film with an ethereal dash of Gondry. Part romance and part horror film, its detachment from any sort of significant drama makes it an easy, nonsensical watch. Edging into a mysterious detective movie too, some of the best lines come from the Chief of Police, who seems to only know the first half of several famous proverbs. The wonderfully paired Mónika Balsai (as Liza) and David Sakurai (as Tomy Tani, the ghoulish surf pop singer) relish in its ridiculousness, and embrace its bittersweet look at never finding love.

A peculiar pick-me-up, Liza, the Fox Fairy has just the right amount of slapstick macabre to make you smile and plenty of goings-on to keep you entertained through its madness.

Liza, the Fox Fairy has its UK premiere at the Edinburgh International Film Festival 2015. Ticketing information can be found at the EIFF website.