Mecca Bingo in Edinburgh has smashed its fundraising target by raising more than £1,300 so far this year for its chosen charity, Marie Curie Cancer Care.

The Mecca Bingo club in Fountain Park beat its target by nearly £400 before the end of the year. Activity throughout the year included holding a Blooming Great Tea Party for customers, taking part in the Great Daffodil Appeal and various other fundraising initiatives. The money raised will all go to Mecca Bingo’s chosen charity for this year, Marie Curie Cancer Care, helping to fund Marie Curie Nurses who care for terminally ill people in their own homes.

Clare Chalmers, manager at Mecca Bingo in Edinburgh said:-“It’s inspiring to see how generous people have been especially given how difficult this year has been financially for many. “Our success is without doubt down to the members of the team around me and to our customers.  Everyone has been dedicated to doing their bit to raise money for Marie Curie Cancer Care.  We just wouldn’t have achieved this without them.”

Marie Curie Cancer Care Community Fundraiser, Fiona Busby said: -“It’s great to see how seriously the Mecca Bingo team members and customers at the club have taken trying to reach their fundraising target.  Some of the ideas they’ve had have been fantastic which has meant they’ve exceeded their target before the end of the year and I’m delighted to announce that Mecca Bingo will continue to support Marie Curie Cancer Care throughout 2011.

“Every £20 they’ve raised will help provide an hour of nursing care for terminally ill people.”

Mecca Bingo team members and customers are helping to raise £200,000 for Marie Curie Cancer Care throughout 2010, which will fund 10,000 hours of home nursing care. 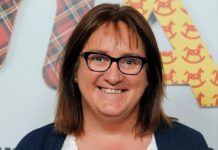 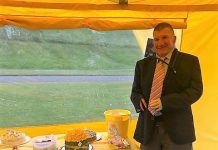 Marie Curie Plant a Garden of Light in Edinburgh