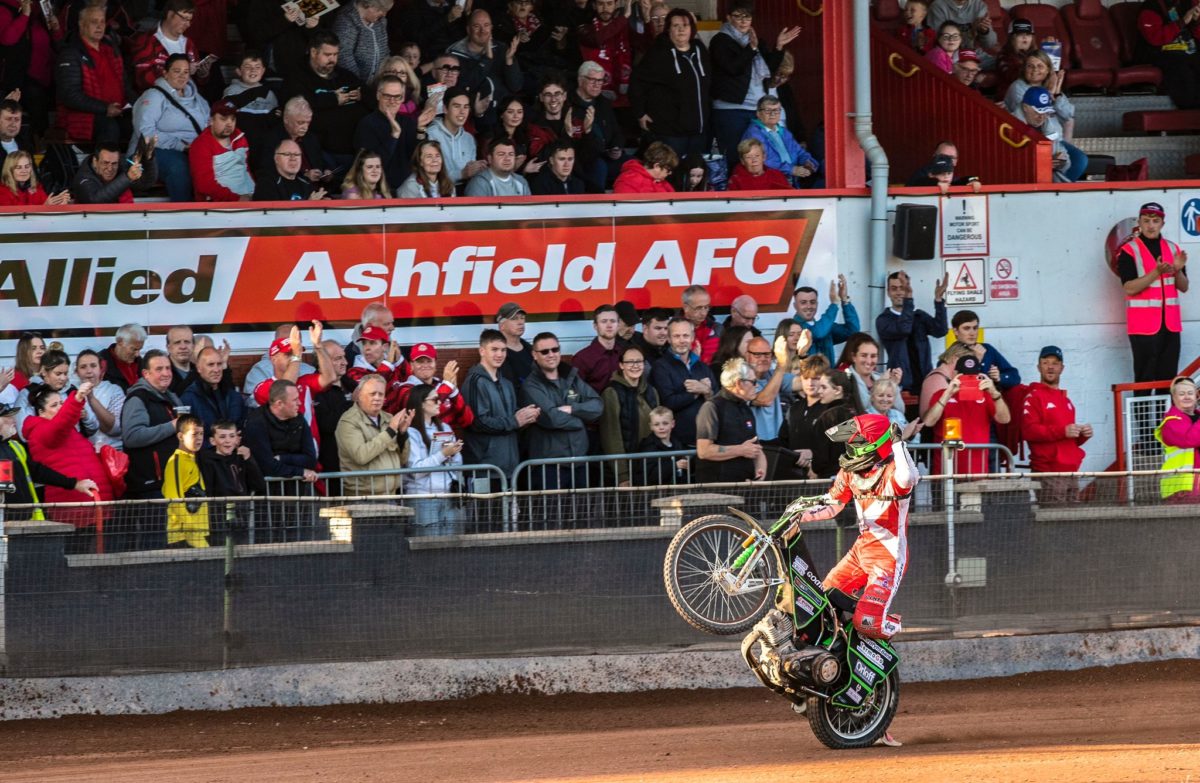 Benjamin Basso (pictured by Taylor Lanning) went through the card as Glasgow Tigers completed their home league fixtures unbeaten, the Dane winning six races out of six against Birmingham as the home side took a comfortable 56-34 win.

Both sides were depleted by injury with No 1 Craig Cook and captain Ulrich Ostergaard missing for Tigers while the Brummies had just two of their regular riders.

Paul Starke stepped in as a guest for Ostergaard with rider replacement for Cook, but it was Basso who stole the show as he battled past Birmingham riders on several occasions in an imperious performance.

Next up is a trip to Redcar on August 21 followed by Plymouth on August 23 and a top-two finish would put Glasgow straight into the SGB Championship play-off semi-finals.

Meanwhile, the next meeting at Ashfield is the Grand Prix Challenge on Saturday August 20.