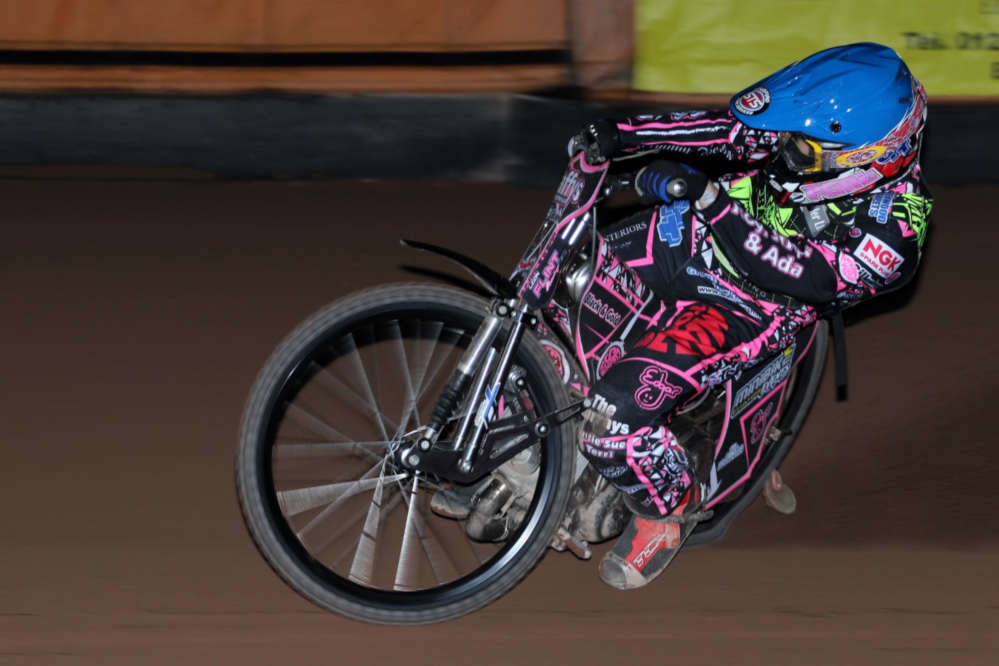 Josh Pickering is returning to hunt down the FTS Bandits, powered by Keenwood Karpets on Saturday, seven days after his paid 17 points earned his club, Edinburgh Monarchs, a two-point victory after a thrilling last heat decider, writes George Dodds.

He will wear the Glasgow No 1 race jacket after a heat one pile-up at Armadale on Friday which saw Craig Cook (hip, hand, finger) along with Edinburgh’s Sam Masters (shoulder) and Lasse Fredriksen (hand) withdrawn from the meeting. They were all taken to hospital.

Danyon Hume was the only rider able to resume racing after the crash but he couldn’t prevent the Tigers slipping to a 40-50 defeat which means they need something from Saturday’s clash if they are to pip the Monarchs and qualify for the final of the Championship Jubilee League.

In contrast, Berwick are looking for their first point in the new competition and to end a six-match home win drought but they will have to do it without exciting young Dane Jonas Knudsen after the UKVI failed to process a work visa in time for him to be allowed back into the country.

Even intervention from Berwick MP Anne-Marie Trevelyan couldn’t push through the visa which the UKVI had originally indicated would be processed by last Tuesday.

Processing applications has been delayed by a Government decision to prioritise applications for those fleeing the Russian invasion of Ukraine.

Knudsen was able to make his debut for the Bandits using a Permitted Paid Engagement Visa but that ran out last Saturday and the Bandits had to use Connor Coles as a guest at Leicester the following day.

They will look in-house with Greg Blair promoted from the National Development League, the in-form Border jumping at the opportunity to replace the Dane.

Knudsen will remain in Europe following his appearance in the Speedway of Nations 2 Final at Vojens on Friday.

He was used in one ride by team manager Han Nielsen but Great Britain boss Neil Vatcher didn’t follow suit, Berwick’s Leon Flint (pictured) an unused No 3 as they won a bronze medal behind winners Poland and surprise packets Czech Republic.

Flint, along with national team-mate Tom Brennan and Denmark’s Benjamin Basso was due to fly back to Britain this morning in time for Saturday’s meeting.

Berwick promoter and team manager Gary Flint said: “It’s incredibly frustrating that despite the efforts of the club and our local MP – which had Jonas’s application advanced for consideration by the Home Office – the paperwork has not arrived in time.

“The club has followed the rules to the letter regarding Jonas’ visa application but we are completely in the hands of the UKVI. We did inquire about other ways of getting temporary permission for Jonas to enter the country and ride – including a second  PPEV – but nothing was available to us.

“The only plus from it is that Greg, who has been chomping at the bit all season, get his opportunity in Bandits’ colours. He took a big knock against the Lion Cubs last week but is fit and raring to go.

“Leon is obviously disappointed that he didn’t get out on track for Great Britain but delighted for Tom and Drew Kemp. He wants to take that frustration out on the Tigers tonight.”

Tickets for the meeting can be bought online. Accompanied children can be added free to online bookings. Card payments cannot be accepted at the turnstiles on the night but cash payments can be taken.