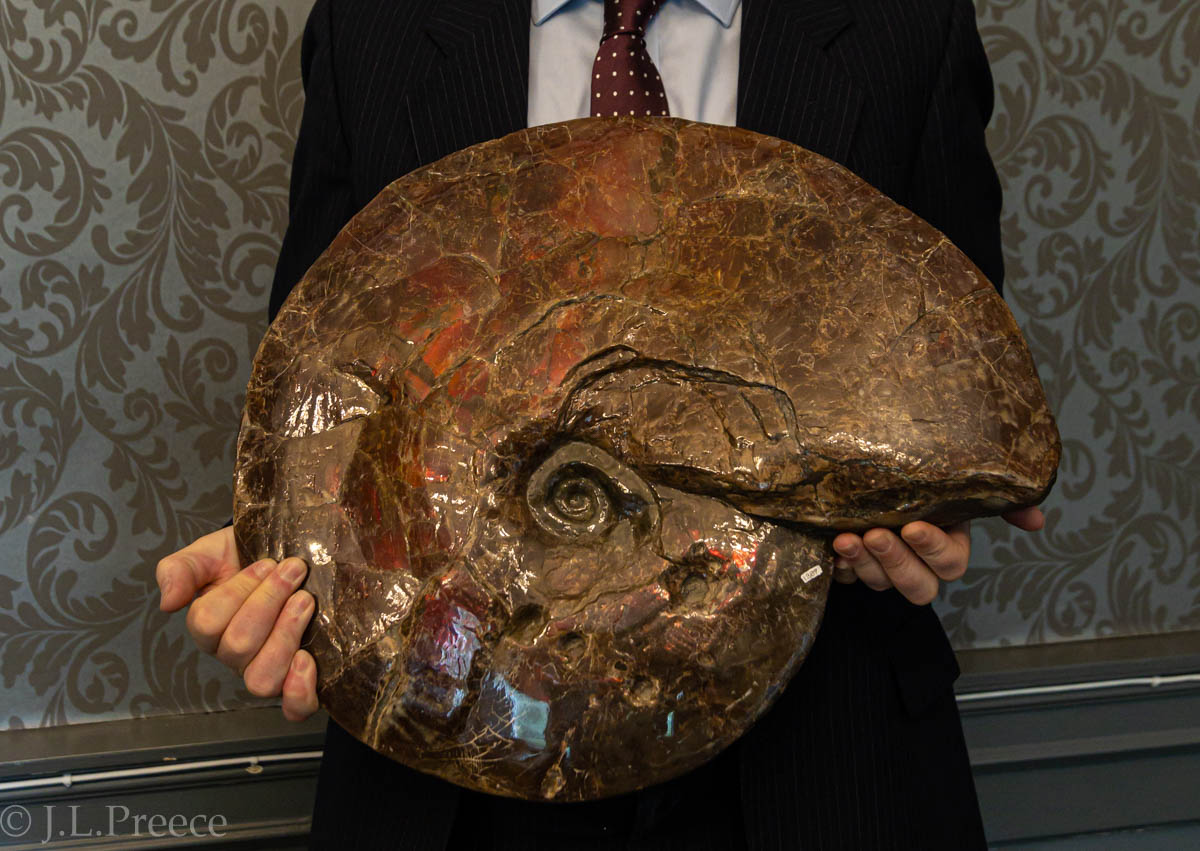 The latest group of items to come under the hammer is an intriguing and important fossil and mineral collection belonging to the late Professor Gordon Walkden, Emeritus Professor of Geology at Aberdeen University. The items currently reside in Bonham’s Edinburgh branch, but the sale will take place at Bonhams’ annual Collections’ Sale at Bonhams Knightsbridge on 28-29 June.

Affectionally known as Aberdeen’s answer to Indiana Jones, Professor Walkden contributed enormously to research through his papers and talks, and his fascinating collection reflects the passion he felt for his subject.

THE GLADSTONE TABLE: A VICTORIAN SPECIMEN MARBLE PEDESTAL TABLE. This fascinating ‘Patriotic’ specimen marble table stands apart from two others from the original set of three at Fasque, (the Gladstone family’s Scottish seat) because it is distinctly likely the central specimen was excavated by the future Prime Minister William Gladstone himself in 1832. Estimate: £5,000-8,000.

The collection will be offered for sale at Bonhams’ annual Collections Sale at Bonhams Knightsbridge on 28-29 June.