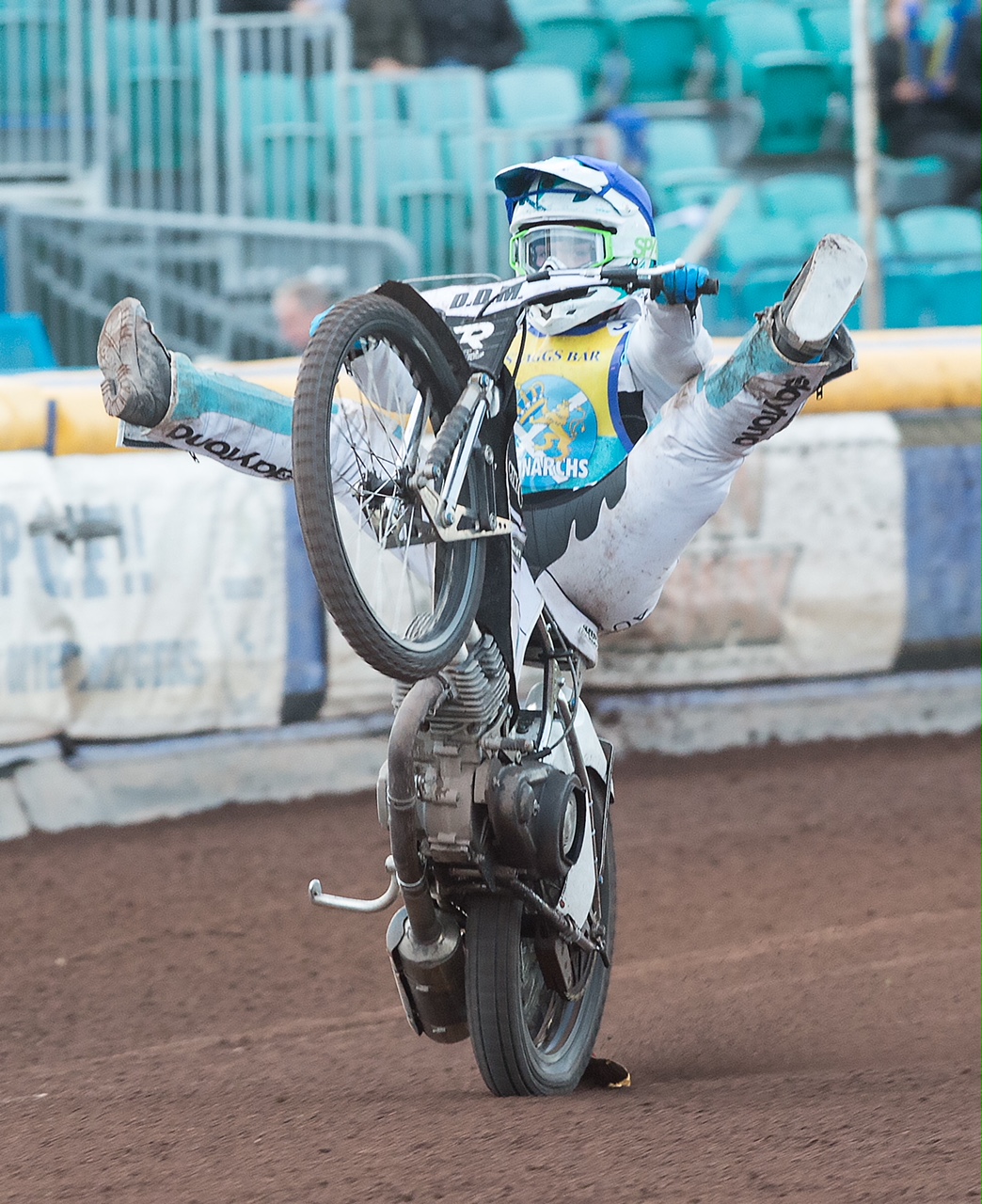 Injury-hit Berwick FTS Bandits were boosted with the return from international duty of No 1 Chris Harris, for their SGB Championship clash at the Plymouth Gladiators, but with Jye Etheridge (broken collar bone), Ty Proctor (recuperation after crash two weeks ago) and Leon Flint (recovering dislocated shoulder) sidelined the team had an unfamiliar look with Dan Thompson, Edinburgh Monarchs rider Kye Thomson and rider-replacement covering their enforced absences against a tough home side, writes Lawrence Heppell.

The Gladiators had a guest for Edward Kennett in the shape of German topliner, Erik Riss (pictured), another former Monarchs star, assisting regulars, Ben Barker, Michael Palm Toft and Hans Andersen in the match which started with Riss making a rocket of a gate in Heat One, fending off Harris all the way in a home 4-2.

Thompson led Heat Two early on for his adopted team but Ben Morley swept round his outside of the second bend to pick up the lead to the flag in a shared 3-3, followed up by another 3-3, won by Barker, initially backed up by his partner Palm Toft but he got squeezed out of contention going into the opening bend and looked to slow at the rear allowing Theo Pijper and Thomson to take the minor placings, as Plymouth led by a slender 10-8.

Andersen led the fourth, successfully blocking Ricky Wells’ outside run on bends one and two and held him there to the end in another halved result before Barker stuck rigidly to the outside line in Heat Five winning well and narrowly missing a track record time ahead of Harris while Palm Toft kept Pijper to the rear in a 4-2, doubling the Gladiators’ lead to four, 17-13.

Wells became the Bandits first heat winner in the sixth ahead of Riss and Alfie Bowtell before another shared 3-3 was recorded in Heat Seven as Andersen made the gate and held the lead ahead of Pijper and Thomson to the end, the score now 23-19, Berwick still well in contention with the shared heats continuing into the eighth, won well by Wells from the gate as Kyle Bickley started well, in second, but Bowtell and Morley swept round either side of him on the first lap leaving Plymouth leading 26-22.

Wells couldn’t make it three off the belt despite looking to have made the gate, until Barker, on a real mission, popped up the inside of the second bend to take the lead, while Palm Toft stuck to Wells’ exhaust pipe for the next 3 laps taking advantage of a late-race engine issue for the Bandit who ended up in third. The home 5-1 put Plymouth 31-23 ahead with six races to run.

As Pijper’s bike gave up the ghost on the first lap of Heat 10, Riss and Bowtell took full advantage to take a second consecutive home maximum and it looked like Berwick’s wheels were falling off, the score now 36-24, but Bandits kept fighting and put Wells in Heat 11 as a tactical substitute for the rider-replacement ride, but it was stopped after a tight first bend with Harry McGurk falling.

The referee called for an all four back re-run, in which there was a superb battle between Harris and Andersen with the Berwick No 1 taking the spoils, and with Wells in third, Bandits took a 2-4 heat advantage narrowing the home lead to 38-28.

That was instantly reversed in Heat 12 with a 4-2 from the rampant Barker ahead of Thompson battling hard with Morley in third, and with the scores 42-30, Berwick needed three 1-5s to draw the match, and while Harris was simply superb passing Andersen in Heat 13, Wells suffered an engine failure at the end of the third lap, meaning the 3-3, taking the score to 45-33, ended Berwick’s chances and the win went to Plymouth, but it was a good effort.

Team manager Gary Flint said: “Despite engine issues and Plymouth being hard battlers, the Bandits held their own pretty well tonight and put in a performance to be proud of led brilliantly, as ever by Bomber (Chris Harris) who was untouchable once he dialled fully into the place. 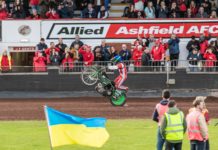 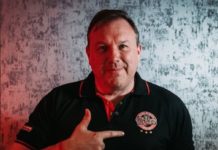