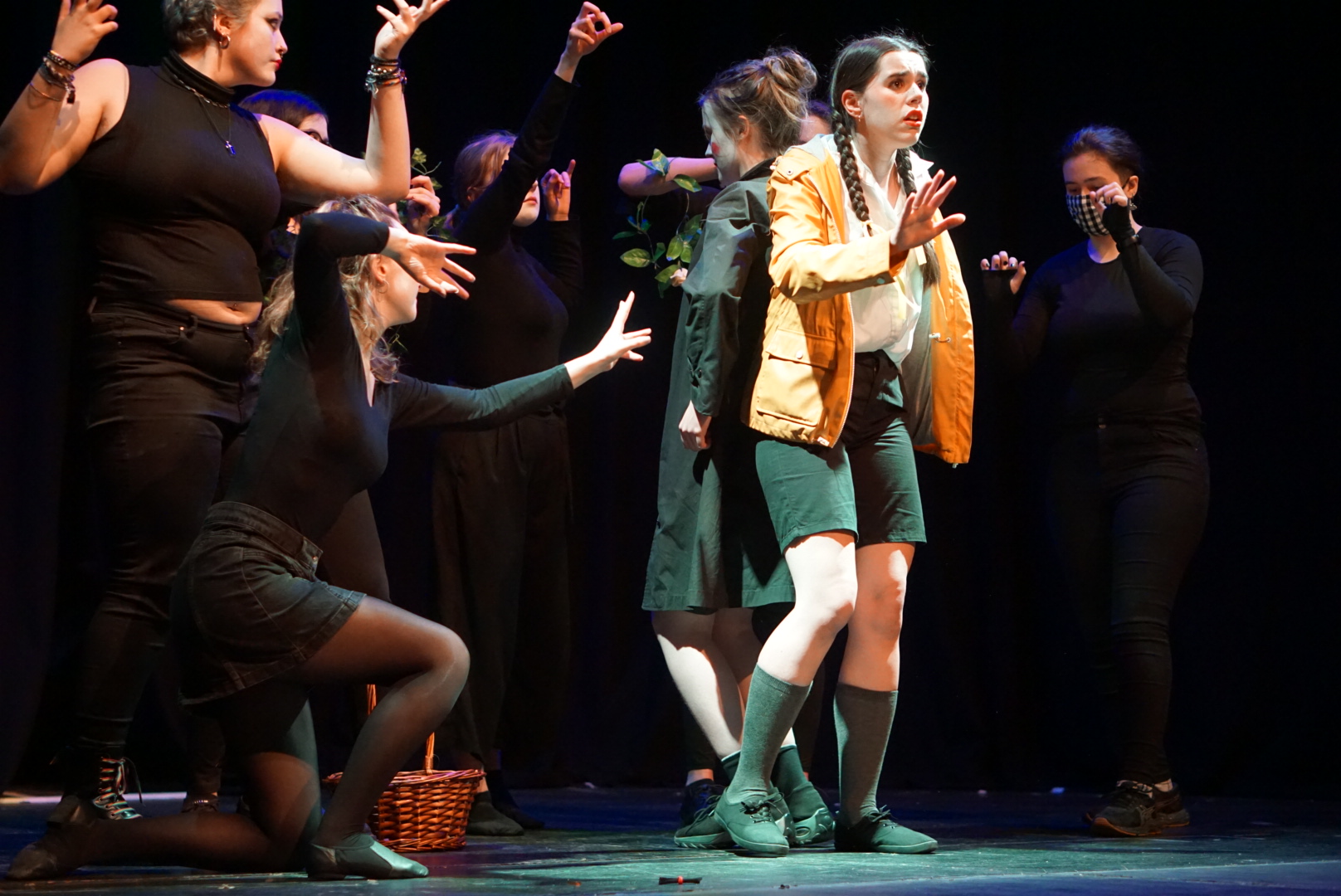 This week, Edinburgh Studio Opera (ESO) made a triumphant return to the Edinburgh stage after a protracted exile due to the pandemic.

I won’t go into just how disastrous Covid-19 restrictions have been for the music community, especially student music-making, beyond saying that it has been an incredibly difficult and isolating time. ESO has demonstrated remarkable resolve, both in managing to put on an entirely online performance last year (somehow managing to record an entire virtual opera using students’ webcams) and now in staging its first in-person performance in two years.

I really can’t stress how heartening it was to see young musicians back performing in person – in some cases making their debut opera appearance.

It could have been tempting for ESO to put on some kind of spectacular epic after such a long hiatus. But sensibly they chose an opera which, while maybe not the most ambitious, made the very best of the singers available, especially with a majority female company. The approach totally paid off and, if anything, was probably far more memorable than a more weighty show could ever have been.

I suspect if one mentioned the name Engelbert Humperdinck to most Brits they would think of the erstwhile Eurovision entrant, not the German composer – yet what a shame that is. I confess that I myself barely knew his music before yesterday, and I was blown away by just how wonderfully expressive it is. Humperdinck’s style is very much in the vein of Wagner, yet tempered with a sense of lyricism and melody, derived partly from the influence of folk music, that makes it far more accessible to the casual listener. I’ve heard Wagner’s music frequently described as having ‘great moments, and dull half-hours’. Humperdinck’s music for Hansel and Gretel is like all the former with none of the latter.

The plot itself is an expansion of the classic fairy tale; Act I taking place at the siblings’ home as the children, having spoiled dinner for their starving household, run off into the night, and Act II detailing their exploits in the enchanted forest. Only in Act III do we witness their imprisonment by, and eventual triumph over, the wicked witch. The application of a Wagnerian musical approach to such a frivolous subject sounds bizarre but works surprisingly effectively – a testament to Humperdinck’s underappreciated genius.

ESO’s run of Hansel and Gretel has two casts, performing on alternating nights – an inevitable consequence of over-subscription with singers desperate to get back to in-person performance. Unconventional as this may be, I believe it was the right choice in the circumstances and I can imagine the singers will be grateful for a less punishing performance schedule. As I only heard one cast (the aptly named ‘Stollen’ cast), it seems unfair to comment on all the individual cast members as I might normally. Yet what I will say is that the quality of singing was consistently proficient and technically adept – certainly comparing favourably with most student performances – and there were no voices that I would characterise as weaker. Therefore I would think it fairly safe to assume the same exacting standards were extended to both casts.

That said, it would be remiss of me not to mention the endearing symbiosis between Claire Gilchrist’s Gretel and Holly Gowen’s Hansel, whose voices seemed to perfectly complement each other, especially in the devastatingly beautiful ‘Evening Prayer’ at the conclusion of Act I.

The standard of acting likewise was generally competent, but maybe a bit more inconsistent, with occasional moments where the performance seemed a touch lacking in confidence or laboured. The best acting was undoubtedly in the moments of levity and humour, and there are plenty of those – I especially enjoyed Zorbey Turkalp’s carousing portrayal of ‘Father’. As ever, Will Conway directed the music with skillful ease and confidence, something which really helped to give the music life in an opera where the most beautiful moments are reserved for duets and ensemble items.

The production itself was ingeniously self-aware, the costuming and props avoiding the obvious Germanic folklore stereotypes that would be difficult to pull off with a student budget, instead opting for an almost psychedelic, Punch-and-Judy-esque aesthetic. This was especially appropriate for an opera that begin its life as music accompanying a puppet show! In lieu of a standing set the chorus provided the backdrop, acting variously as the trees in the forest or the confectionary making up the gingerbread house. Not just a pragmatic move, having a ‘human set’ heightened the sense of unease and distorted reality that is inevitable with a fairytale subject. However, the choreography was often a touch arbitrary or repetitive, and was most successful at moments of chaotic exuberance.

The only major criticism I had – but I do think it needs making – is that the venue, the Assembly Roxy, is quite inadequate for an opera performance, at least in its current layout.

The sightlines are already poor given a low stage and non-raked seating, but the problem was significantly worsened by the lack of an orchestra pit, meaning the orchestra had to be placed in front and to the right of the stage. Perhaps this was further exacerbated by social distancing making the orchestra encroach more than previous years.

This not only made visibility difficult for as much as 60% of the audience but, more crucially, meant the ‘mix’ was unduly orchestra-heavy, the singing at best distant and at worst intelligible. In the case of sightlines clearly this had not been factored into the production as a significant portion of the action took place at the foot of the stage, below the sightline of all but the front rows of the audience.

Overall, ESO’s Hansel and Gretel was a joyful and engaging performance that was just unfortunately let down by a few more pragmatic issues. On that basis alone I’m not sure I can give it a thoroughly glowing review (an opera where the singers end up musically sidelined is, after all, not really an opera at all). But I was once again astounded by the enthusiasm, musicality and technical ability shown by all ESO’s student performers and, excepting the aforementioned issues, I would gladly return to subsequent performances. To the Edinburgh public I say ‘watch this space’, and to the ESO I very much say ‘keep up the good work’.

Tickets here for performances until 19 March.