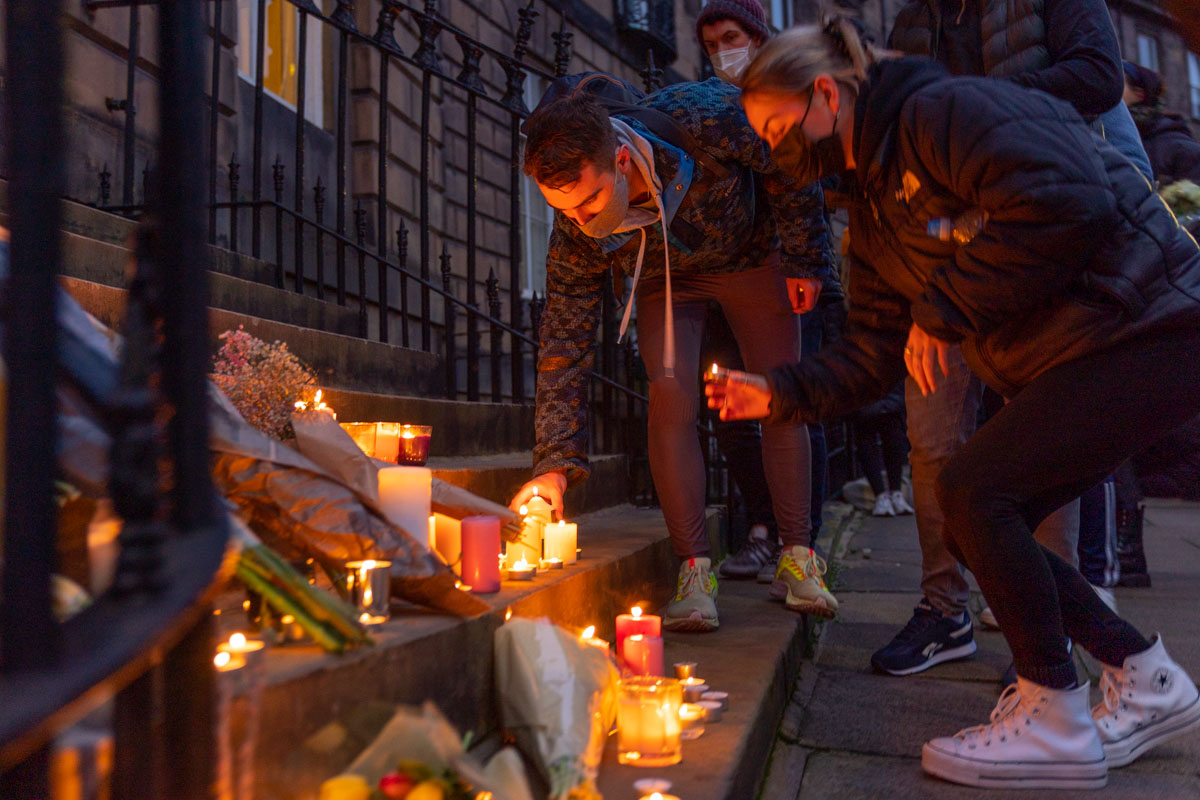 In Edinburgh this afternoon at 4pm people gathered at the Irish Consulate on Randolph Crescent to remember 23 year-old Ashling Murphy who was murdered in Tullamore, Co Offaly during the week.

The young teacher taught first class at Darrow National School, where according to The Irish Times she was adored by her pupils.

She was out for a run on the Grand Canal in Tullamore in the late afternoon when she was attacked and killed.

Ms Murphy was also an accomplished musician, and played with the Kilcormac/Killooughey Camogie club.

Vigils have been held all over Ireland and in the UK to remember Ashling, including thousands who gathered in Tullamore.