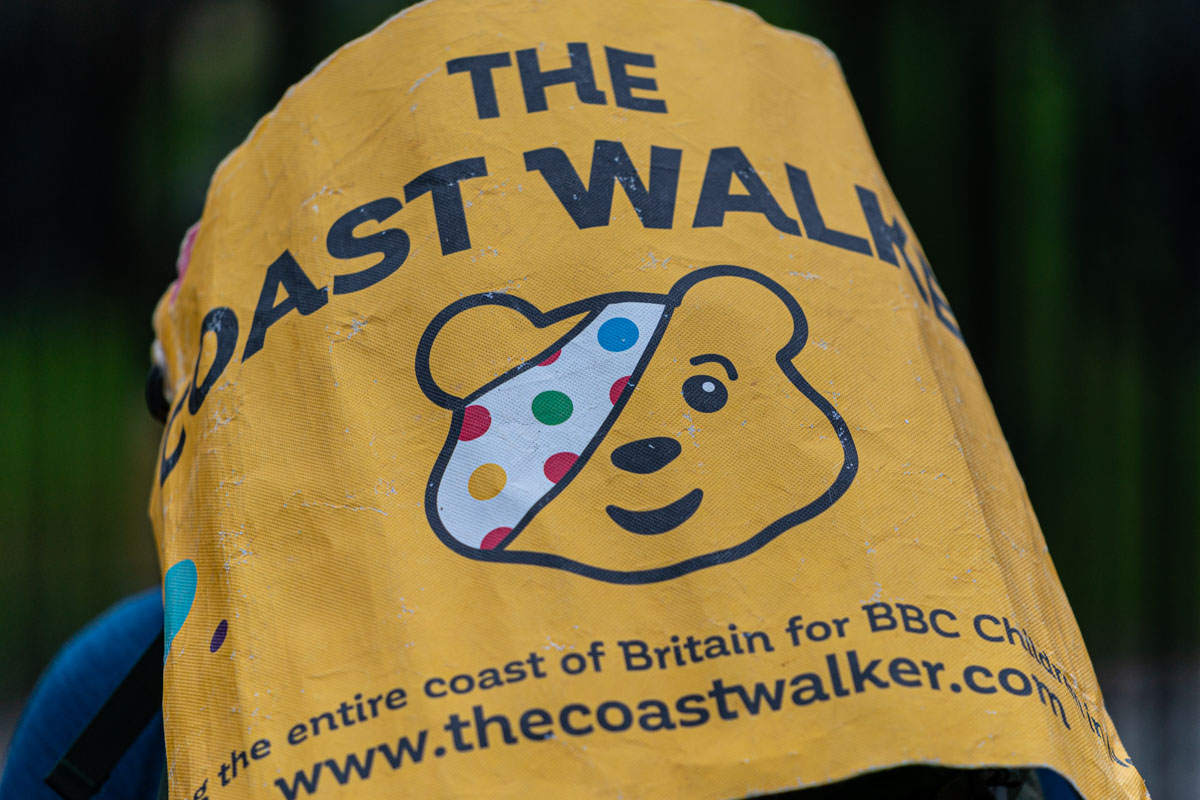 Chris Howard stopped off in Edinburgh on the homeward stretch of his 11,000 mile journey walking around the British coast.

Today was the 393rd day of his walk which began at Heacham in Norfolk after a really brief three weeks of planning.

He left his home and his wife and three small daughters in Cambridge in July 2020 setting off on a solo walk to raise money for Children in Need, for children who are disadvantaged.

So far he has raised around £30,000, and hopes to raise even more in the next few weeks. He would also appreciate some company on his walk and will today begin from Leith heading clockwise round the coast. On good days he might walk about 30 miles.

He wanted to do something positive during a negative time, perhaps to inspire others to get outdoors and respect their environment.He began walking from Heacham in Norfolk on 26 July 2020 and has carried minimum equipment with him in a backpack, including basic cooking gear.

He has been sleeping outdoors a lot in his sleeping bag in a small tent, but has been happy to get a bed and a shower from various people en route. He usually pitches his tent in the dark and leaves before dawn so that he doesn’t annoy too many people. During Storm Arwen he was accompanied by his brother and brother in law and they had to take a bus to Thurso to stay overnight for safety.

Chris said: “I suppose in effect I have made myself homeless. In cities people don’t really want to talk to me as they clearly think I am homeless. It is a bit of a sad indictment on our society that we won’t talk to homeless people. I have found that strange and have been in those shoes for a time now. But I have to stay positive – every step is a step closer to home now.”

Being alone is not new for the Atlantic rower, long distance cyclist and marathon runner, but this has been a bit different as the periods of solitude are longer, particularly on the west coast where he said there was a lengthy period without a phone signal.

He explained: “A lot of people say the west is best but I have enjoyed the east coast. For me it was the worst as it was so long. The longest time I went without seeing another person was 23 days. You get lonely and start talking to yourself. You are reliant on taking risks a lot of the time, and having to carry more food. But now I am hopping from city to city all the way home really.

“On Knoydart and Cape Wrath which are really isolated areas I had early onset hypothermia and then a storm hit causing white out conditions and it became difficult. I had to jump into a river and swim across at one point.”

Children in Need grants for Edinburgh