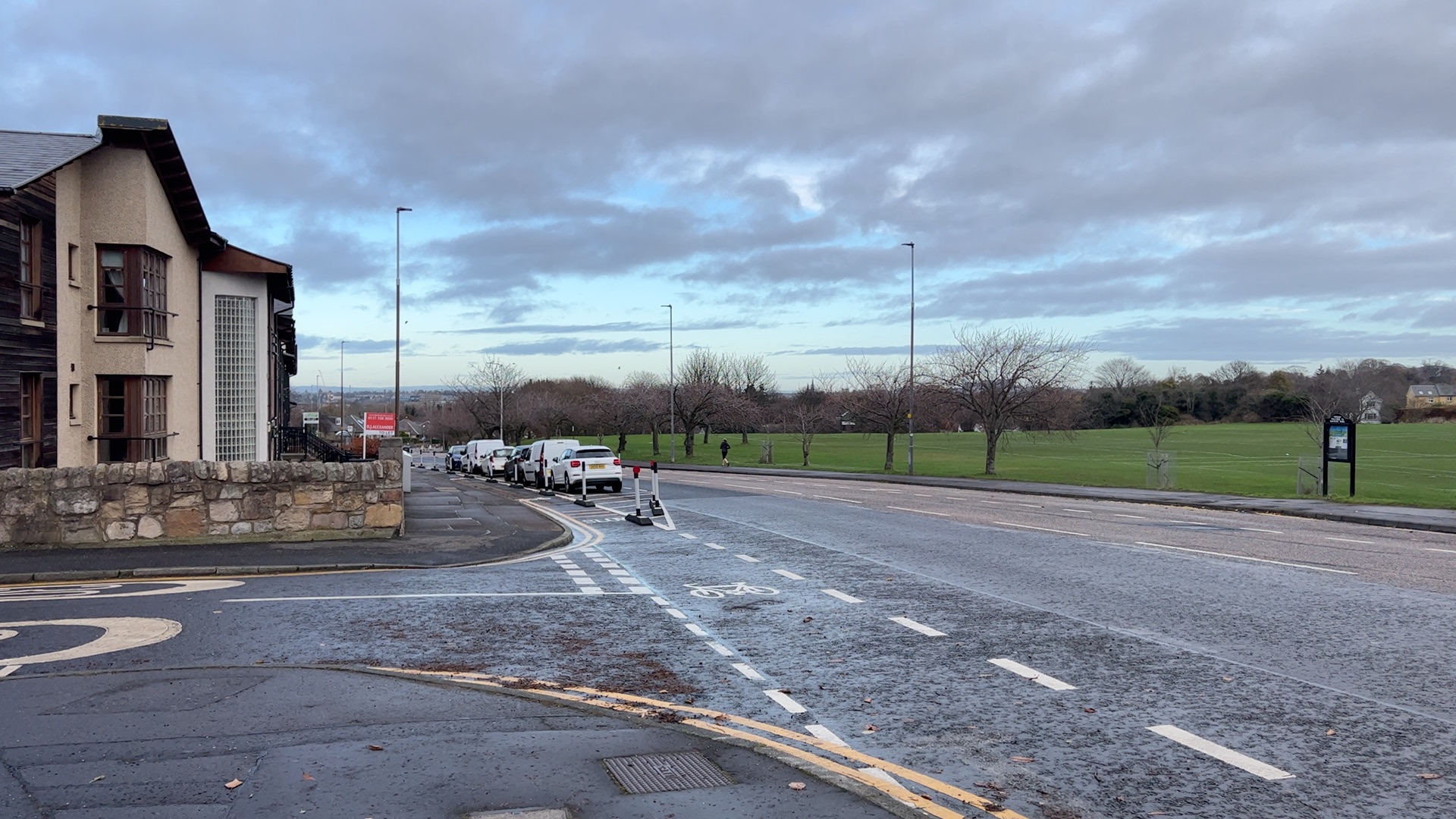 The council already had plans to improve the road crossing over Lanark Road at Kingsknowe Park by improving the existing traffic island to create a larger central pedestrian refuge.

However, in light of strong demand from the community for a signalised pedestrian crossing on Lanark Road, and as part of their wider active travel improvements there as part of the work being carried out under the Travelling Safely campaign, the council has agreed to permanently replace the existing traffic island with a signalised pedestrian crossing.

An incident involving one car which happened in November led to one of the keep left signs at the pedestrian refuge where the crossing will be put in, being completely destroyed.

This crossing will be sited at Lanark Road adjacent to Kingsknowe Park, to provide safe access to the local park and playing grounds. The floating parking bay at Dovecot flats is to be moved to the opposite side of the road, and at a recent Transport and Environment Committee council officers confirmed it was considered appropriate to use the Active Travel Investment Programme to make up the difference and provide a crossing, which will be delivered during the early part of 2022.

Designs for this crossing are currently being drawn up.

There is also a further crossing planned further up the road towards the Gillespie Crossroads at Hailes Gardens.

Gordon MacDonald, MSP for Edinburgh Pentlands, welcomed the move and said: “I have been working for many years with locals and the community council to address concerns about crossing Lanark Road at Kingsknowe and Hailes Gardens. There were clear visibility issues and the current traffic islands were narrow and unsuitable for wheelchairs, buggies and family groups. Although the speed limit which was 40mph has been reduced to 30mph due to Spaces for People it is not unusual to see vehicles passing at much faster speeds.”