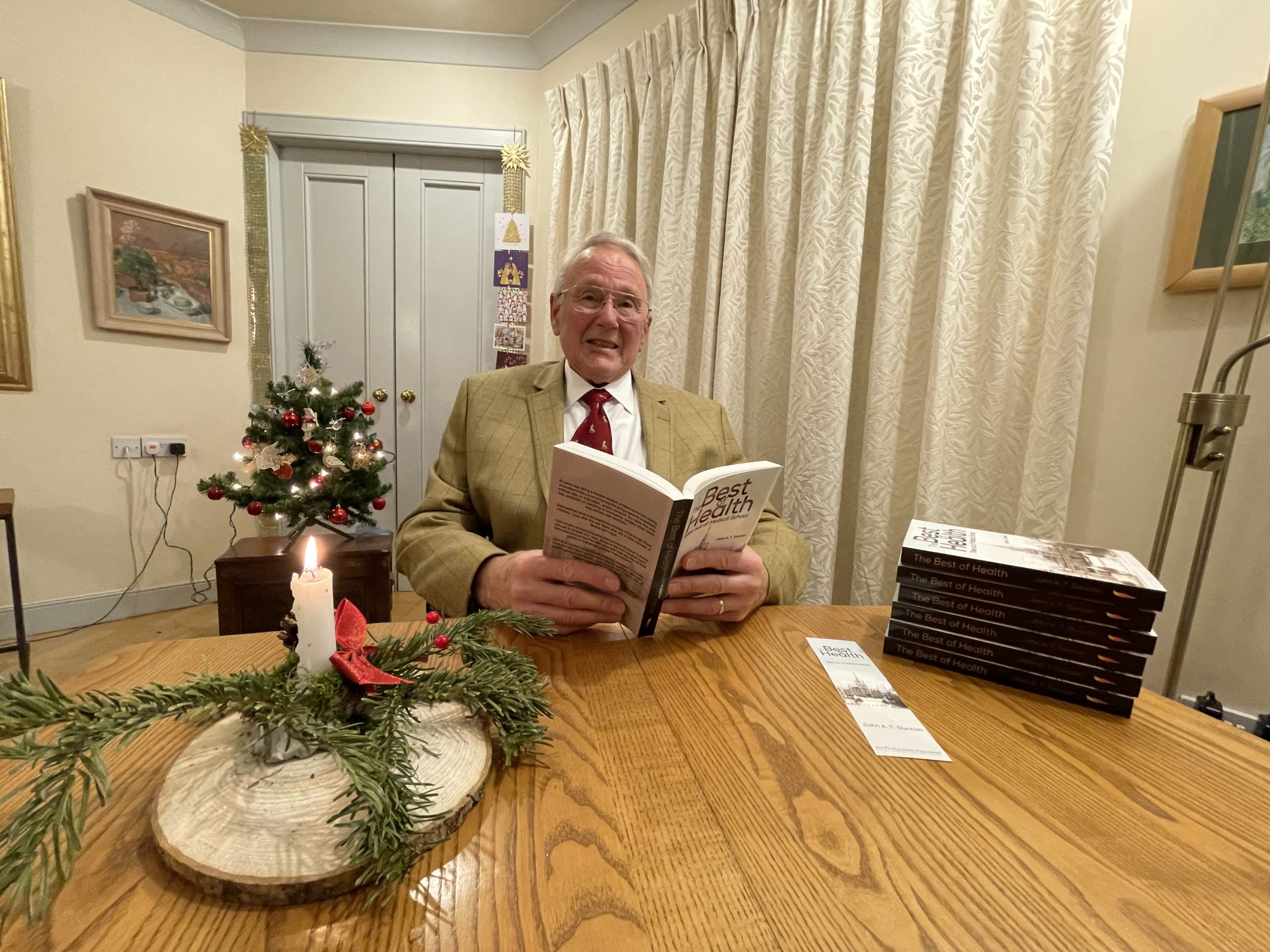 A retired consultant anaesthetist from Edinburgh has become one of Scotland’s oldest first-time authors at the age of 88.

Dr John Duncan described his book titled “The Best of Health – Tales out of Medical School” as a “love letter” to the NHS and his home city.

It recounts some hair-raising experiences during the course of his training at the former Edinburgh Royal Infirmary in the 1960s.

The grandfather of eight, who only started writing five years ago, said the 1960s was “a time of medical progress and high morale”.

Dr Duncan said: “I am absolutely thrilled to have my book published and I hope it is a truthful account of what it felt like to be a medical student in Edinburgh in the 1950s.

“I studied during the golden age of the NHS and the old Edinburgh Royal Infirmary and I was very impressed by the opening address given to medical students in 1957 by Professor Sir Derrick Dunlop, who was a doyen and a household name.

“He urged us to hold on to our high ideals and to be grateful that we could work in the NHS where we could prescribe to our patients what they needed and not what they could afford.”

The book has been published by Austin Macauley and is available via Amazon and good book shops.

Born into a family of industrial potters in Stoke on Trent in Staffordshire, England, Dr Duncan served a three-year apprenticeship followed by several years managing a factory before conflict in the Middle East forced it to close.

“The Suez Crisis in 1956 changed everything, it was a tsunami that swept through British life, tearing at the wobbly foundations of industry and the armed services alike,” he explained.

“It was made clear that some staff would have to jump before they were pushed.

“The father of my girlfriend at the time was a GP and he joked that the Dean of Medicine at the University of Edinburgh wanted to recruit more young people with a non-scientific background.

Dr Duncan was 24 when he moved to Edinburgh in 1957 to start his studies at the University of Edinburgh and graduated in 1964.

He worked at Edinburgh Royal Infirmary as a registrar in anaesthetics until 1970 then trained to be a GP.

At the time Dr Duncan believed it had better job security because he and his wife Judith had three sons, Matthew, Ben and Daniel.

He trained at Simpson Memorial Hospital in Edinburgh and worked in general practice in Leicester for a number of years before moving to Dunfermline in Fife to be a consultant anaesthetist at the former Dunfermline West Fife Hospital.

Dr Duncan, who retired in 1997, said: “The book is a love letter to the NHS and Edinburgh and the overarching moral of the story is honesty is the best policy.

“Dedicated to the memory of that great sixties teaching hospital, it is an account of a young man struggling through medical training when things were rather different.

“In those days, the junior doctors at the old Edinburgh Royal Infirmary were cherished.

“I must be the only qualified doctor in Scotland, if not Britain, who knows how to fire a bottle oven.”

Asked why he starting writing at the age of 83, Dr Duncan explained that his younger brother Gregory was seriously ill in a hospice in Hamburg, Germany battling cancer and the only thing he was capable of doing was listening to people talking.

Dr Duncan wrote him about 30 emails recounting their shared childhoods and adolescence in the Potteries in the 1930s and 1940s.

They were read to Gregory by his wife, Jutta, at his bedside.

The emails were well received by Dr Duncan’s family and inspired him to write a book about his experiences as a medical student and young doctor.

Dr Duncan, who also has a daughter Anna who works as a podiatrist for NHS Fife, said: “My advice to people thinking about writing a book, regardless of their age, is ‘go on and just do it’.

He joked: “It is unlikely you will make a fortune but it will give you a lot of satisfaction reading the words of an author that you really admire.”