NHS bosses have apologised to a patient who did not receive adequate mental health support for over a year after they were admitted to Royal Infirmary Edinburgh.

The Scottish Public Services Ombudsman (SPSO), a government watchdog that investigates the practices of local authorities, reprimanded NHS Lothian following complaints from a patient, referred to as ‘C’,  about the failure of emergency mental health services.

C originally contacted the health board directly, saying mental health assessments were “not always carried out” when they were admitted to the Royal on several occasions, and that they were not allocated a psychiatrist or community psychiatric nurse after being discharged from the south-east Edinburgh hospital.

NHS Lothian replied arguing the patient was treated “appropriately” and was offered support by mental health services, but disengaged and did not re-engage in the intervening period.

Unhappy with this response, the complainant took their case to the watchdog.

Following investigations, the SPSO has found that records show an 18-month “unexplained gap” in contact between C and mental health services.

An SPSO report reads: “In relation to the allocation of a psychiatrist, we found that C had disengaged with services. However, proposed actions suggested by a psychiatrist to re-engage and support C did not appear to be actioned.

“Therefore, we upheld this aspect of C’s complaint.”

Initially, the ombudsman did not uphold C’s other complaint regarding health checks not being adequately carried out at the Royal.

However, after the patient requested a review, the SPSO could find “no clear documentation detailing the mental state examination” and said an appropriate assessment by psychiatric services “did not take place”, leading investigators to reverse their decision and uphold the complaint.

The report explains: “C was admitted to A&E at the Royal Infirmary of Edinburgh (RIE). After being transferred to an acute medical unit (AMU) from A&E, they left the ward and returned to their home. The police were contacted and they visited C at their home. C was detained under the Mental Health (Care and Treatment) (Scotland) Act 2003 (the Act) and returned to the RIE the following morning. C complained that the assessment carried out following C being detained and taken to hospital was unreasonable.

“We took independent clinical advice from a consultant psychiatrist. We found that, while the board met the minimum requirement of the Act in terms of undertaking a medical assessment, there was no clear documentation detailing the mental state examination.

“We considered, given the complexity of the case, the lack of recent review and the presentation of C at the time, a formal assessment undertaken by an appropriately trained clinician from psychiatric services would have been reasonable and this did not take place. As such, we upheld this aspect of C’s complaint.”

Now, NHS Lothian has been ordered to apologise to the patient for “failing to undertake a formal assessment of them by an appropriately trained clinician from psychiatric services”, and for not following up on “the agreed actions and proposed strategies” for mental health treatment.

Furthermore, the clinicians involved were told to reflect on the outcome of the investigation, whilst the ombudsman said the health board should “take steps to ensure that treatment plans devised are effectively followed through, in order to try and foster trusting relationships, minimise a sense of rejection, demonstrate service consistency and reliability and show a willingness to work in an open, engaging and non-judgemental manner”.

The SPSO requested NHS Lothian to provide it with evidence showing they have acted on the recommendations listed within a set deadline.

Dr Tracey Gillies, medical director at NHS Lothian said: “We have apologised to C for their experience in our care and for the specific failings detailed in the SPSO report. We will address the Ombudsman’s recommendations.” 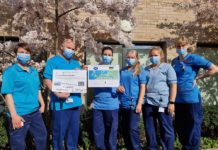 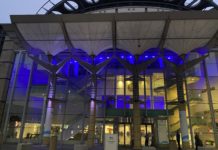