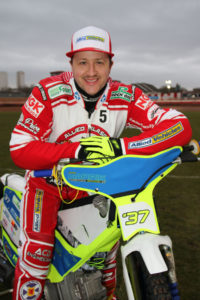 Berwick Speedway have confirmed three major sponsors for next season and co-owner Jamie Courtney said: “The feel-good factor is very much alive and well in the town for the upcoming season.”

The club will be named FTS Bandits powered by Keenwood Karpets and the National League side will be called the Grant Henderson Tankers Bullets.