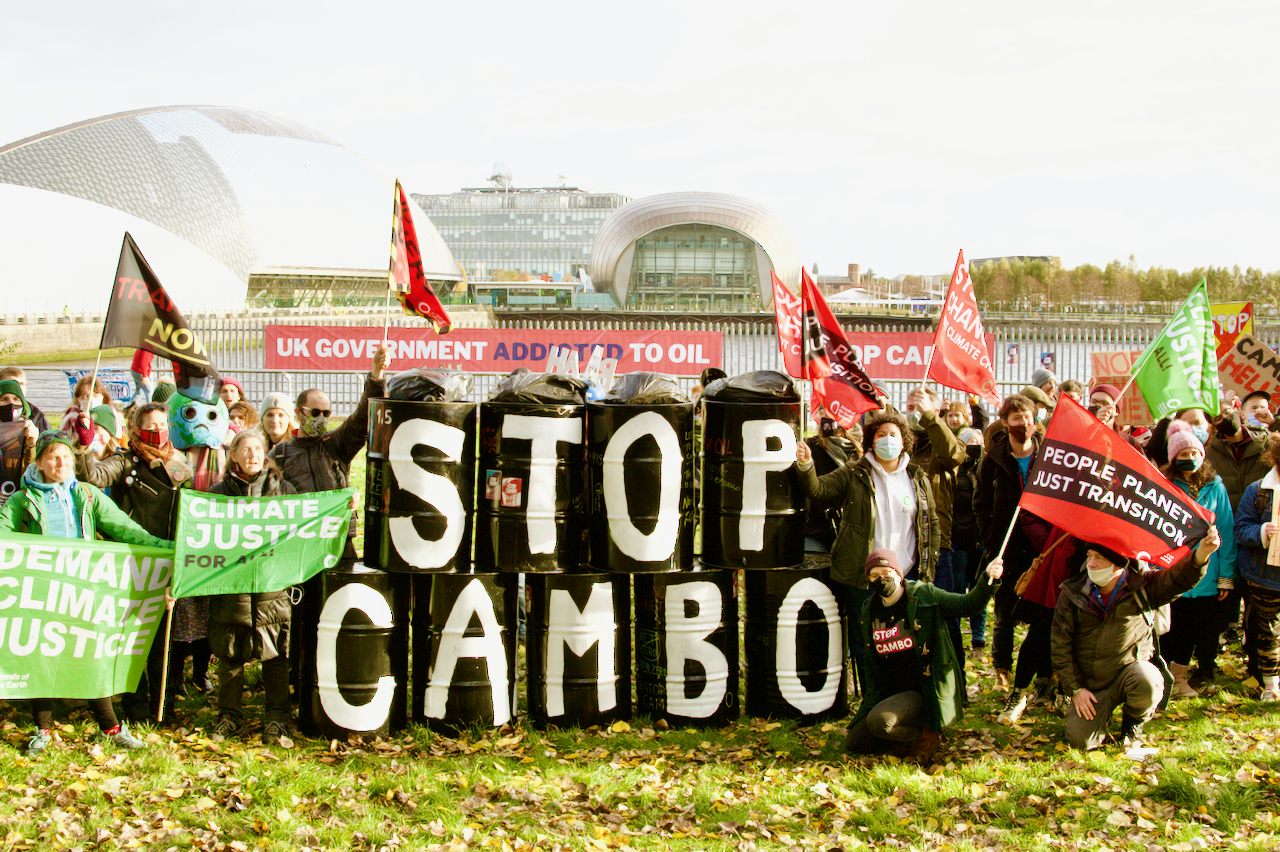 Now that the world leaders have jetted home from the climate conference in Glasgow, we are being left to pick up the pieces.

The 6,000 pieces of IKEA furniture have been taken away for recycling. The environmental campaigners have gone home grumbling on their bikes, trains and boats. Greta Thunberg summed up the conference by saying it had managed “to water down even the blah,blah,blah”.

Yes, some countries have signed up to saving the rain forests, phasing out methane and fixing target dates for electric cars.  Also, coal has finally been put on the agenda. But, as Greta said, one wonders what the previous 25 COP conferences have been doing, if only now is one of the principal causes of global warming being officially recognised.

As for Scotland, our immediate climate test is whether to open up the new Cambo oil field west of Shetland. Awkwardly, the final decision rests with the UK Government, not The Scottish Government. And awkwardly for the SNP, any decision not to go ahead with Cambo will probably lose them votes in the oil counties of Aberdeenshire and Moray.

This week Nicola Sturgeon finally came off the fence and told The Scottish Parliament: “I don’t think Cambo should get the green light”.  It was a quiet conversion, and hardly her usual fighting talk of yet another case of double standards by the Johnson government.

To be fair, the Cambo issue does highlight the harsh decisions that have to be made to bring climate change under control. The developers say that if 170m barrels of oil are not taken out of Cambo in the next 25 years, we will have to import oil from sources with even more carbon emissions. Cambo, they say, is all about a smooth transition out of oil and gas and into renewables and saving the 100,000 jobs the industry currently supports in Scotland.

But the oil companies would say that, wouldn’t they? Cambo is being developed by a recently formed company called Siccar Point Energy, based in Aberdeen and named after the spot on the Berwickshire coast where in 1788, James Hutton first noticed an “unconformity” in the cliff face and founded the science of geology. Siccar has been joined by Shell who believe there could be as much as 800m barrels of oil in the wider north-west Shetland basin.

The environmentalists insist the oil companies are just not facing up to the real and present danger of climate change. And indeed political leaders like Boris Johnson and President Biden agree with them, saying the era of fossil fuels is over.  So why not halt all new fossil fuel development now and force the pace of change towards renewables?

A second climate test for Scotland came this week in the form of our deposit-  and-return scheme for drinks cans and bottles.  It was due to be introduced next summer, after a year’s delay because of Covid. But on Wednesday, Lorna Slater, one of the Green Party ministers in the government, was forced to withdraw any definite date because shops and supermarkets say they cannot install the automatic return machines in time and there’s an on-going dispute with the UK government on whether sales tax will be levied on the proposed 20p deposit.

On Tuesday we thought we were in for a scolding from Ms Sturgeon, and for the extension of Covid restrictions, but she told MSPs the government was prepared to wait another week to see how the infection figures go. They  remain high at over 3,000 cases a day, 800 in hospital and over 20 deaths a day.  It was appears that the COP26 conference did not result in the feared Covid spike in Glasgow and instead case numbers have been rising in unlikely places such as Dumfries and Galloway, Perth and Kinross, Moray and Orkney.

It’s becoming clear that the pandemic has had a devastating effect on student life in Scotland.  In a survey of over 15,000 students at our 19 universities, 36 per cent reported signs of depression, 45 per cent said they often felt the need for professional psychological help and 74 per cent rated their welfare as low.

Even before the Covid emergency, there was something of a crisis over student accommodation and poverty, with many juggling full-time study with part-time jobs.  It’s yet another example of Scotland’s well-off older generation neglecting its young.

Finally, it’s supposed to be a game for ladies and gentlemen and is played by a modest 17,000 people in Scotland.  So who would have thought that allegations of racism could be made in the gentle world of cricket? It follows the racism scandal at Yorkshire Cricket Club. Two Asian players, who have been members of the Scottish national team, have complained of abuse and discrimination. The governing body, Cricket Scotland, has launched an “equality action plan” and says it need to find out what’s happening on the field and in the pavilions.

Whatever it is, it’s just not cricket.