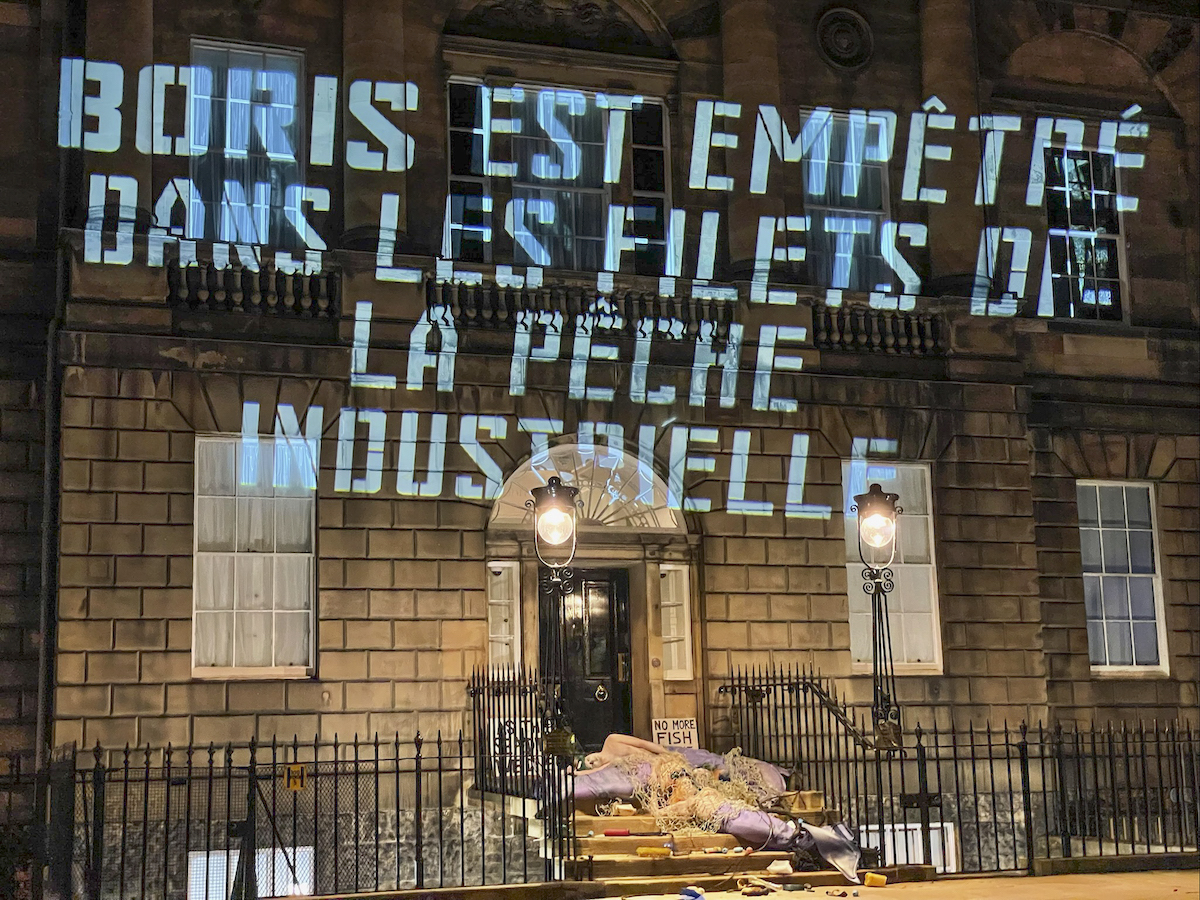 Three Cornish “merpeople” washed up outside Bute House, the official residence of the First Minister of Scotland, on Wednesday evening.

Their plea to the First Minister and The Scottish Government is to take the lead and keep the ocean alive.

Ocean Rebellion has appealed to the government to turn back the clock on years of neglect and harm, and start to take the environment seriously, protecting it for the livelihoods and survival of young people, pointing out that bottom trawling and scallop dredging are destroying the coastal waters of Scotland.

The three “merpeople”, complete with tails and crowns made of sea litter, were “caught” in trawler nets. The mythical marine life was dead or dying, a state that reflects the degradation of the Ocean and the coastal waters these beautiful creatures inhabit.

As the merpeople lay dying, Ocean Rebellion projected a short film specially commissioned for COP26 and created in Cornwall, that is also part of the Shout LOUDER programme.