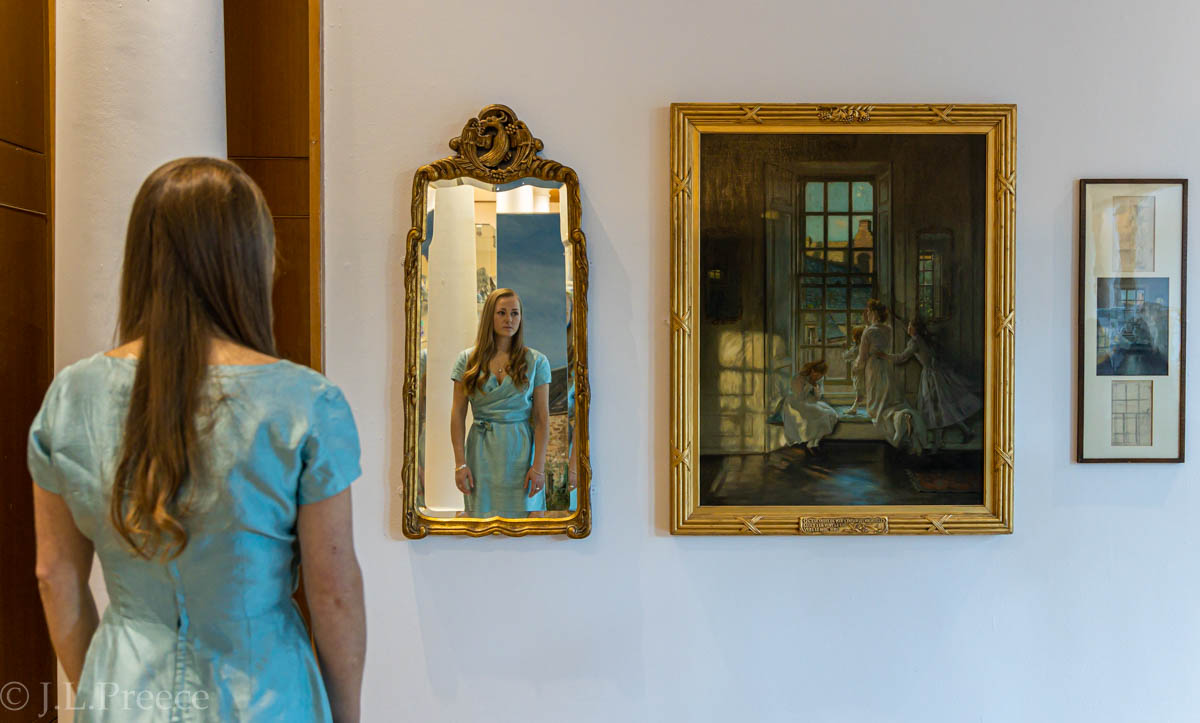 Opening at the City Art Centre in Edinburgh on Saturday 6 November will be the first exhibition dedicated to the Scottish artist John Henry Lorimer (1856-1936).

‘Reflections: The light and life of John Henry Lorimer’ will see almost 50 oil paintings, watercolours, sketches and objects, some of which have never been exhibited before.

Over the years, Scottish audiences have shown a lot of support for John Henry, voting Spring Moonlight at the Kirkcaldy Galleries and The Flight of the Swallows at the City Art Centre as their favourite paintings in the galleries’ permanent collections. Both paintings are included in the exhibition.

Further highlights include The Eleventh Hour, a painting that received a gold medal when displayed in Paris in 1900, and Grandmother’s Birthday, the first painting by a Scottish artist to be bought by the French Government. Grandmother’s Birthday, also known as Bénédicte, will be displayed with one of the chairs that features in the painting, also designed by Sir Robert Lorimer. The painting, which is usually stored at the Musee d’Orsay in Paris, was last exhibited in 1989 alongside paintings by Millet, Whistler and Morisot.

Visitors will be able to download an audioguide, which they can listen to on their smartphones. The audioguide is presented and produced by the exhibition co-curator, Charlotte Lorimer, the great great niece of John Henry Lorimer. It includes dramatised readings of family letters and memoirs, performed by Clive Russell, George Lorimer, Ed Wade, Natasha Jobst and Sarah Haynes. It also includes twelve original poems by Christine de Luca, each inspired by a different painting by John Henry Lorimer and original music by Delilah Montagu.

The exhibition also includes a short film about the Lorimer family as a whole and their restoration of Kellie Castle in Fife. The script for the film was written around 50 years ago by Esther Chalmers, the great niece of John Henry Lorimer. It was discovered in an archive at the National Library of Scotland. The film has been produced by Beetle Campbell and sponsored by Charles Stanley.

A beautifully illustrated book accompanies the exhibition. Published by Sansom and Co., it features essays by art historians and family members on different aspects of Lorimer’s life and work. There is also an extensive programme of events planned to accompany the exhibition including a series of in gallery and digital lectures, tours, fashion shows and art workshops.

Co-curator Charlotte Lorimer said: “While artists such as Claude Monet and Edgar Degas pushed the boundaries of painting and were rejected by traditional galleries and the Paris Salon, John Henry developed a more classical style and won medals from the Salon and praise from critics. History tends to remember the rebels.

“But there is also a place for the quiet craftmanship of artists such as John Henry”.

Co-Curator David Patterson added: “Here at the City Art Centre, we are really excited to be hosting the first ever major exhibition dedicated to the work of John Henry Lorimer. His work, which is so often overlooked in favour of his more radical contemporaries, is technically brilliant and his elegant interiors and light-filled landscapes will uplift everyone’s spirits during the winter months”.

Culture and Communities Convener Councillor Donald Wilson, said: “I’m delighted that the City Art Centre is able to showcase this fantastic exhibition of the rarely seen works of John Henry Lorimer. It’s incredible to think this is the first exhibition dedicated to him since his passing in 1936.

“‘Reflections: The light and life of John Henry Lorimer’ will take visitors on a journey of his work through five themes of light, identity, family, femininity and home. Not only will it be an opportunity to celebrate his work, there are pieces from both public and private collections, the majority of which have not been on public display in decades!

Culture and Communities Vice Convener Councillor Amy McNeese-Mechan said: “We’re excited to be exhibiting the first retrospective of John Henry’s work. A technically gifted, but somewhat forgotten artist, this is a chance for audiences to discover his work and learn about the artist himself and the role he played in Scottish art history”.

‘Reflections: The light and life of John Henry Lorimer’ at the City Art Centre opens on Saturday 6 November 2021, and runs until 20 March 2022. Admission is free.

‘Reflections: The light and life of John Henry Lorimer’ has been generously supported by The Lorimer Society, The Inches Carr Trust, The Binks Trust, The East Fife Members Centre and all those who contributed to the crowdfunding campaign.

In order to protect and maintain the safety of our visitors and staff, the City Art Centre has introduced a range of safety measures and procedures throughout the venue, including a one-way system, installation of screens at reception, hand sanitiser stations, extra barriers and signage. Staff will be wearing face coverings while offering visitors a very warm, socially distanced welcome. 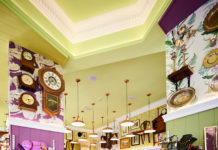 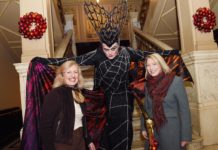