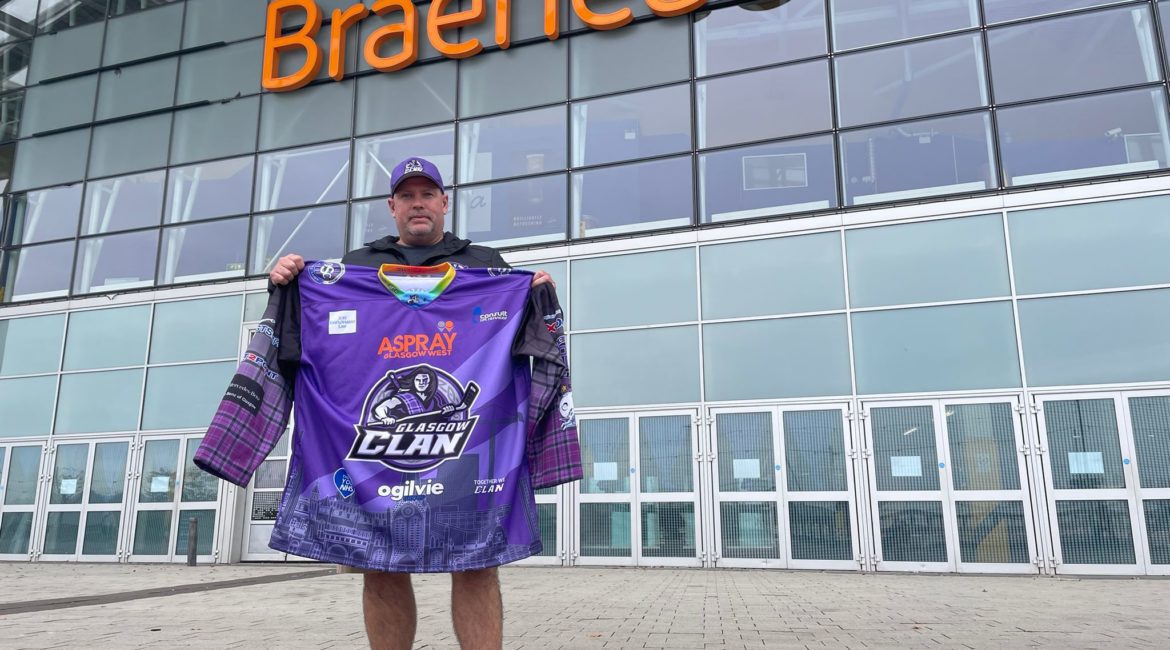 Glasgow Clan had the day off on Monday to recover from their long bus trip to Nottingham Panthers but they are back on the road on Tuesday night (7.30pm) when they visit high-flying Guildford Flames.

The Aspray Glasgow West sponsored side are at least boosted by their narrow 3-2 win at Panthers in the Premier Sports Elite League after coming from 2-0 down.

Nolan LaPorte faces a fitness test as he suffered a heavy check at Nottingham as the Scots claimed their first Elite League victory under new coach Malcolm Cameron (pictured).

The 29-year-old scored the key equalising goal 37 seconds into the final period and Cameron awaits word as he prepares to meet Flames who are in second position in the ten-strong table with 15 points, one behind long-time leaders Sheffield Steelers.

The Canadian playcaller was on a high after the win at Nottingham and revealed that he gave his men a verbal rocket in the break between the second and third periods.

The team, he claimed, got “out of their element” in the last ten minutes of the first session and that carried over into the middle period.

The 52-year-old, battle-hardened, coach added: “I absolutely hated our second period. It was not our character, not our identity and the team were soft and did not compete for loose pucks, didn’t battle. I challenged the guys after the second period.

“We had a hell of a third period and we really, really came out battle hard. We managed the puck well and we knew where our strengths were and we played to them.

“Nobody panicked once we got the lead and we buckled down, kept everything to the outside and I don’t think we gave up a quality scoring chance after that.”

The win, he said, augurs well and much-travelled Cameron, who has also coached in Italy and Romaina as well as in North America, said: “Once we get our better game-shape, and once we are able to manage the ice time of our guys better. then there are good things to come.”

The Braehead-based club lost their opening league game 3-2 at Belfast Giants but Cameron said: “Over the two games we have shown a lot of character.

Eying the game at Guildford, who have played 11 league fixtures, Cameron added: “Tuesday will be a tough one as we have only played two games and then we have this back-to-back with the travel and it will be tough but no excuses. Day off Monday and we will prepare for the game on Tuesday.”