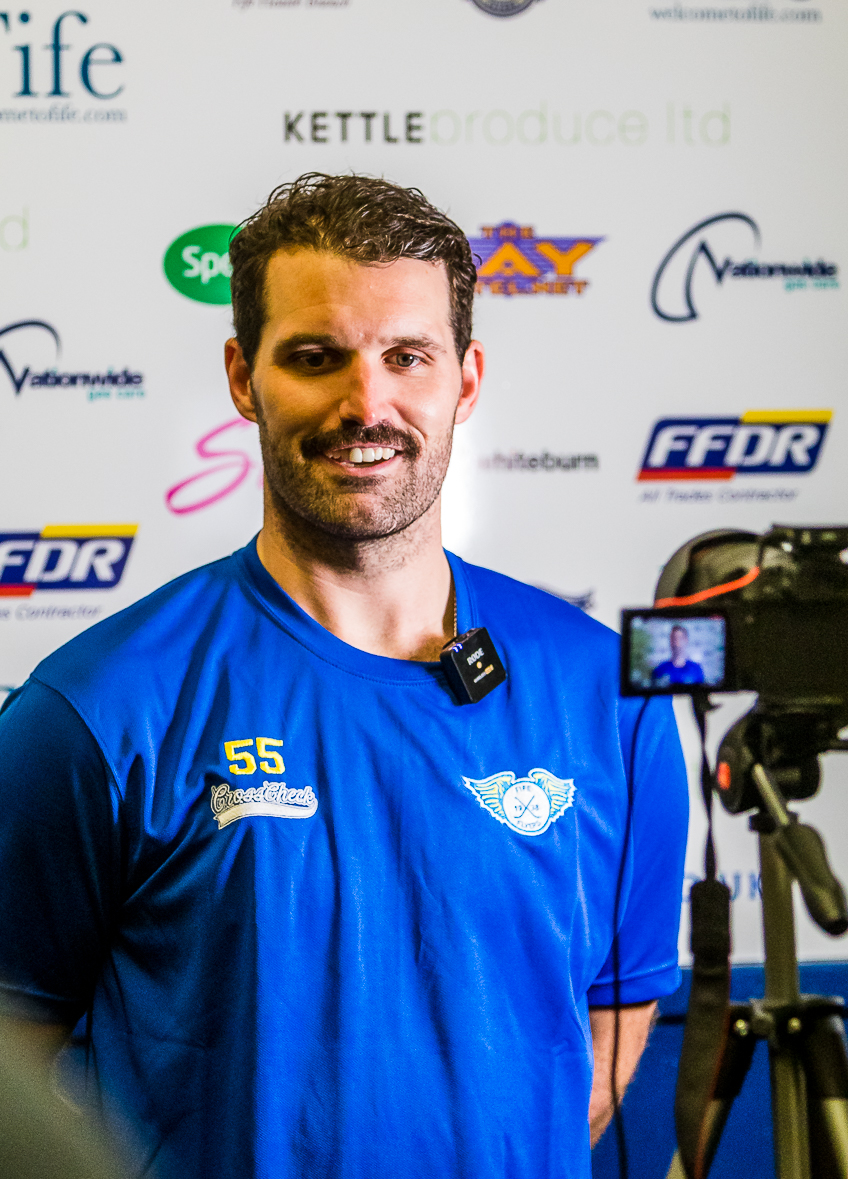 Fife Flyers snapped a depressing eight-game losing streak with an emphatic 8-0 victory over Manchester Storm at Kirkcaldy in the Elite League.

The fired-up Fifers, who lost 5-0 in Manchester on Saturday, finally got their act together and the new-look squad had their loyal fans on their feet at Rosslyn Street.

The confidence-boosting win was sparked by an early goal, Jacob Benson netting after four minutes and six minutes later it was 2-0 thanks to Greg Chase and then 3-0 after 25 minutes when Matthew Carter (pictured) found the net.

And Flyers piled on the agony for the visitors with two more before the second break.

Benson claimed his second after 38 minutes for 6-0 and Dumfries-born Bari McKenzie added a seventh four seconds from the end of the session.

Imants Lescovs increased the score with No 8 with less than five minutes remaining to complete the rout in which Fife outshot their opponents 46-36.