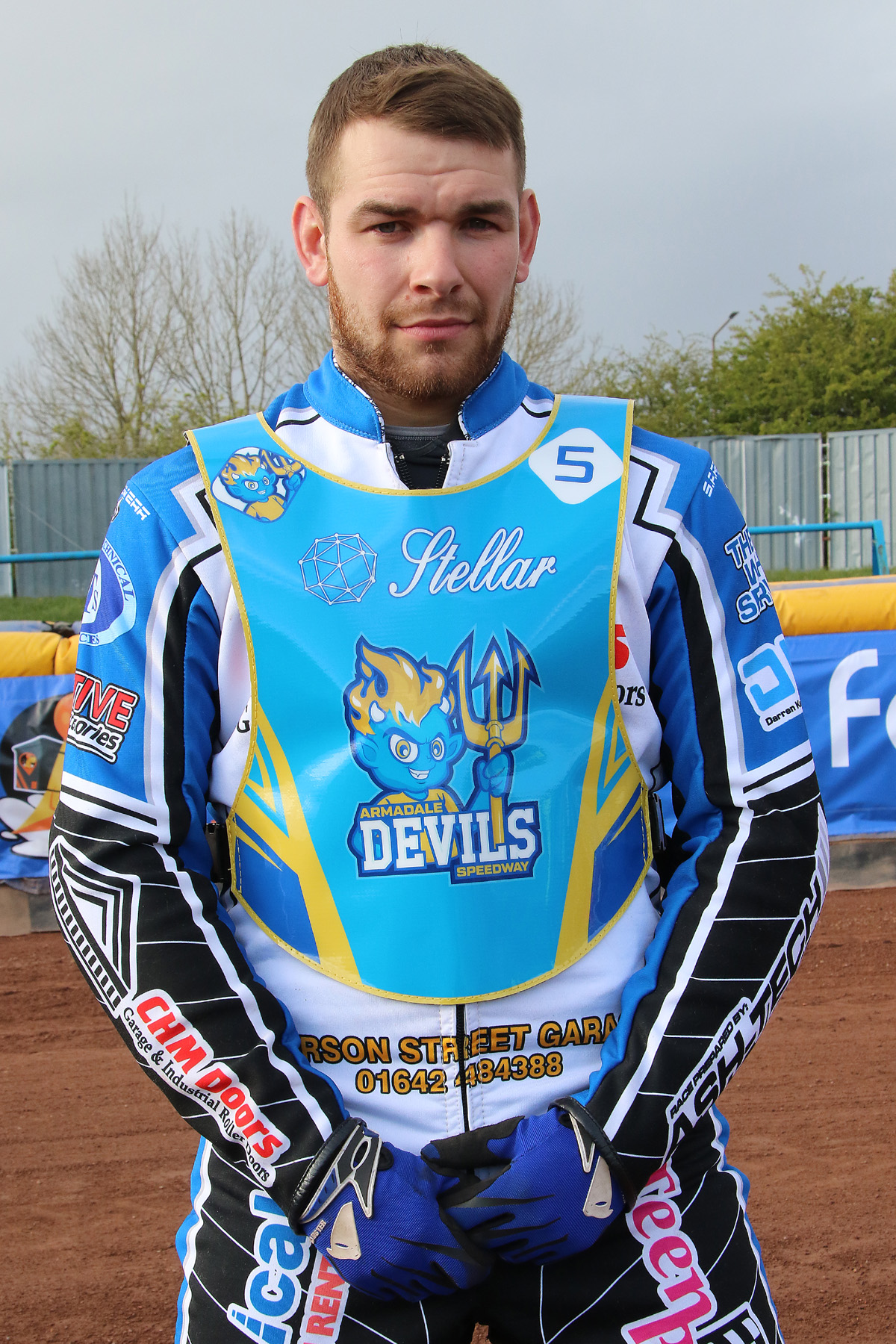 William Lawson, recently cut by What the Fork Monarchs, returns to the track on Friday (tapes-up 7.30pm) to race as a guest for the Armadale Stellar Devils in place of retired No 1 Nathan Greaves.

The opposition in the National Development League clash is Leicester Lion Cubs, one of the youngest teams ever to take to the track. They were all born in the 21st century, with five of the six riders being teenagers.

Another teenager, Archie Freeman, returns for the Devils. and one of the home side’s heat leaders, Danny Phillips (pictured), who collected15 points last Friday, said “Scoring big is always a confidence booster. If I was riding more I reckon scores like that would be more common from me.

“Hopefully, it will be the same again this Friday, although it might be a harder match as Leicester are close to full-strength.”

Star men for the visitors are the Thompson twins, Joe and Dan, who have both ridden a full season for Leicester Lions in the SGB Championship.

Alex Harkess will be standing in as Devils’ team manager in the absence of Alan Budzynski and the match will be live streamed but available only to fans out with a 25 mile radius of the track.