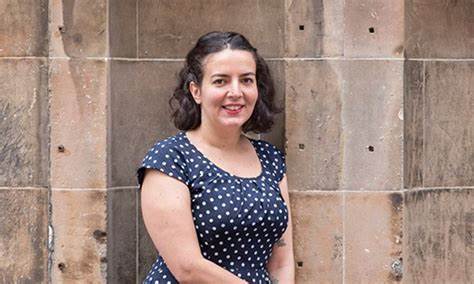 It is always a pleasure to speak to Zakia Moulaoui, as she always has really positive stories to tell.

She founded the charity Invisible Cities which takes homeless people off the streets and turns them into tour guides more than five years ago – and what can be a happier result than giving someone a job and a future?

Even though the tours and public facing activities have stopped the charity has continued to support everyone who they work with, through delivering food, helping with form filling, but also keeping everyone engaged with them. There are three trained tour guides working with Invisible Cities and a further three who are in training.

The charity won a Lonely Planet Award in October for the best community tour in the world. Invisible Cities was the only UK company on the list. Zakia said: “It came at a time when the tours weren’t available but at the same time it gave us a big spotlight. We reopened in December and shut again in January, but we have a focus on what people can buy at home and have delivered. So we developed a lot of games and activities that people can buy and will support the work that we do.

“On International Women’s Day we released a game based on inspirational women in the UK.

“We featured women from across the country who we think should be represented more. They were scientists, politicians and singers, and we appended a wee description for each as to why we think they were great. To me it is a good representation of the work that we do because everybody was involved in designing it, choosing the women and conducting the research.

The charity now has four tours available in Edinburgh and in exciting news they are collaborating with Leith Comedy Festival again as they did last year when they trialled a tour of Leith. This year they offered the Lassies of Leith, featuring what else but the women of Leith. These tours were available as a physical tour during the Fringe, but can also be enjoyed as a streamed tour. And soon, very soon, the charity will offer brand new virtual tours of Edinburgh in 3D to buy and watch at home with cameos and commentary from all the Invisible City tour guides. Zakia explained there is more to these tours than just aiming them at tourists.

She said: “My goal with this is to really go into schools and groups, so that we can offer it in the classroom, as opposed to on tours. So I’m working with a weekend a steering group of teachers and educational professionals to see what they would like how we could package this.

“Schools have always been a great thing for us because it is a way to change the perception of homelessness. Often it is difficult to get schools to come out on a tour so if we have something to take to them then that is a way to interact.”

The charity is also branching out to a new city, Cardiff. Training was meant to begin last year but it will now begin at the end of September when it is a bit quieter with tourists. Liverpool is also on the cards for either later this year or next year, but then the expansion will pause for a while to allow a strengthening of what they have.

In Edinburgh the charity might also like to have a wee shop where they can sell tickets from and grow their customers. Zakia explained: “Lockdown has meant that Glasgow has slipped through in my plan. I think if we make our tours better in each place, and have a really good setup, then we will be in a better place to get to more Scottish cities. Next year is the Year of Storytelling so that will fit perfectly for us.”

Business networking organisation Love Your Business has chosen Invisible Cities as their community partner this year which is helping the charity enormously.

Zakia said: “It’s been disastrous for everyone. In tourism it is very hard to see when it is going to get any better. We have reopened but we have no American tourists, and there are cancellations every day. Michelle Brown of Love Your Business is helping us a lot with considering different ideas that we can get together on.”

During the pandemic homeless people were helped to get off the streets and offered accommodation in hotels in the city centre. Zakia is not sure that had helped to solve the problem.

She said: “My opinion is that putting somebody in a hotel doesn’t mean that they’re not homeless anymore. When I consider that someone’s out of that system completely, is when they have their own home, and they’re financially independent, and also socially and intellectually independent.

“For example, even before Covid, you had a lot of people who were newly moved into a home with absolutely no knowledge on how to pay a bill, how to budget for anything, how to buy food.

“Socially, we’re still part of that kind of network of homelessness. And as far as I’m concerned, it’s a very hard world to get out of.

“So during Covid people were indeed put into hotels – I think some of them still are. But that will all stop at some point and where will they go then? I feel very strongly that we have to educate people around how to live and how to be without that net. Also some of the hotels were just run by hotel staff and not people who were equipped to deal with people who had problems.”