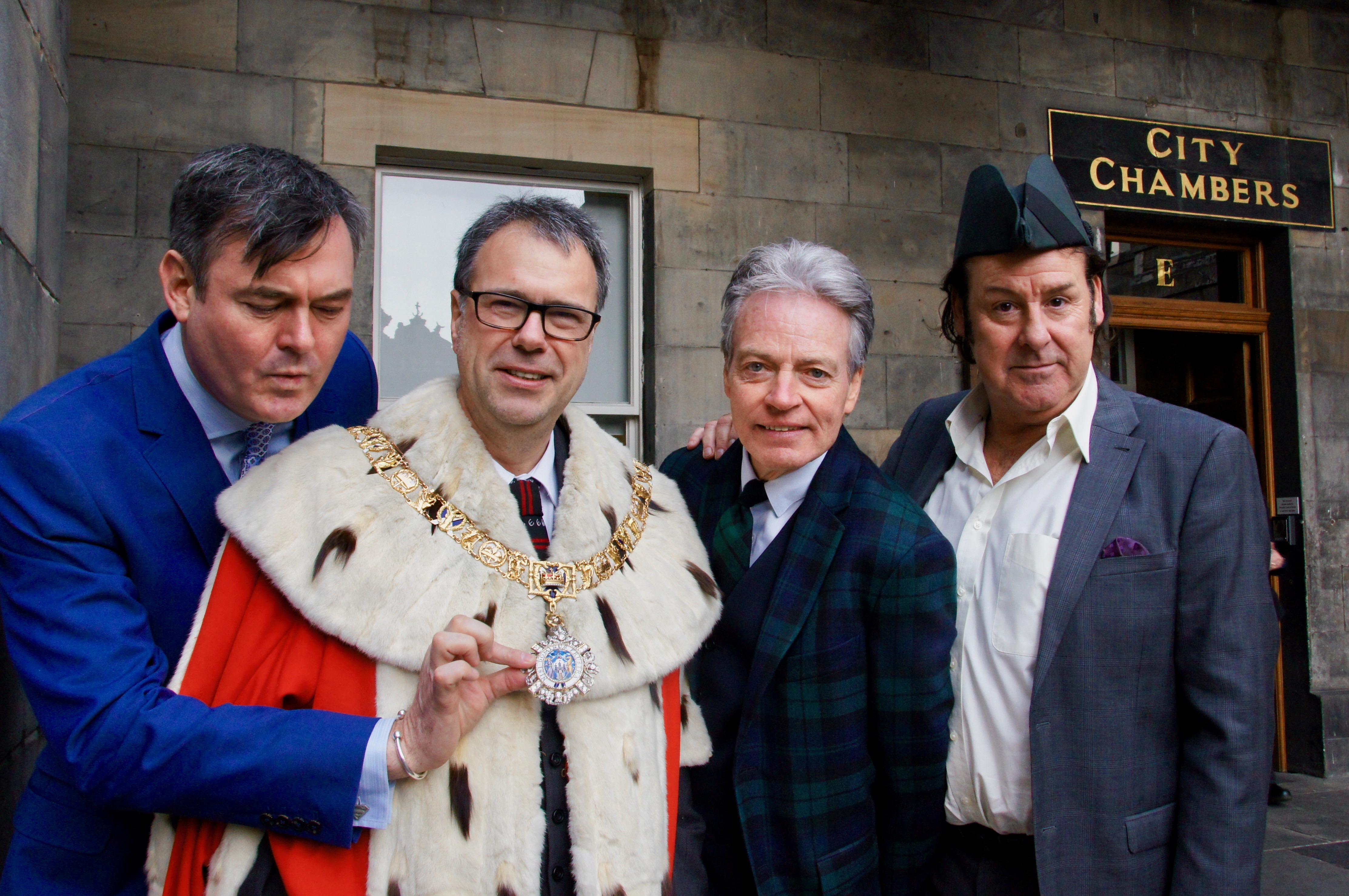 On Monday 13 September the façade of The King’s Theatre on Leven Street will be lit up in purple by the Capital Theatres lighting technicians to remember Andy Gray.

Andy would have celebrated his 62nd birthday on Monday, but died of Covid in January. Since then he has been greatly missed by the theatre team especially, and will also be missed by the pantomime audiences this December. His daughter, Clare will take her place on stage alongside Allan Stewart and Grant Stott.

The colour purple remembers his famous purple pinky – which was a tribute to his own mother who always had the little fingernail on her left hand painted purple as it was her favourite colour.

There will also be a bat symbol projected onto the building as there was the night before Andy’s funeral earlier this year. Andy was a lifelong Batman fan.

Fiona Gibson, CEO of Capital Theatres said: “Andy was a huge part of the Capital Theatres family. His comic brilliance, professionalism, fun and kindness made him a wonderful colleague as well as a true star for our panto audiences. We miss him greatly and our thoughts and best wishes remain with his family.

“It’s bittersweet as we make plans for this year’s panto, Sleeping Beauty, without Andy, but his legacy of smiles and laughter live on through his co-stars as they return to our stage, and most particularly his daughter Clare who joins the cast this year.

“This lovely tribute has been planned and executed by Capital Theatres Technical Team who, like anyone who worked with him, were keen to celebrate the great man.”

Clare Gray, Andy’s Daughter and cast member of Sleeping Beauty, the 2021 King’s Panto said: “To have dad’s memory on his birthday to be up in lights at the King’s means so much to his family and friends, another sign of how much my dad meant to everyone at the King’s as well as the panto audience. We are so very touched. And to be there this panto season treading the boards of the King’s is such a special thing for me. I know my dad will be watching on from the wings.”