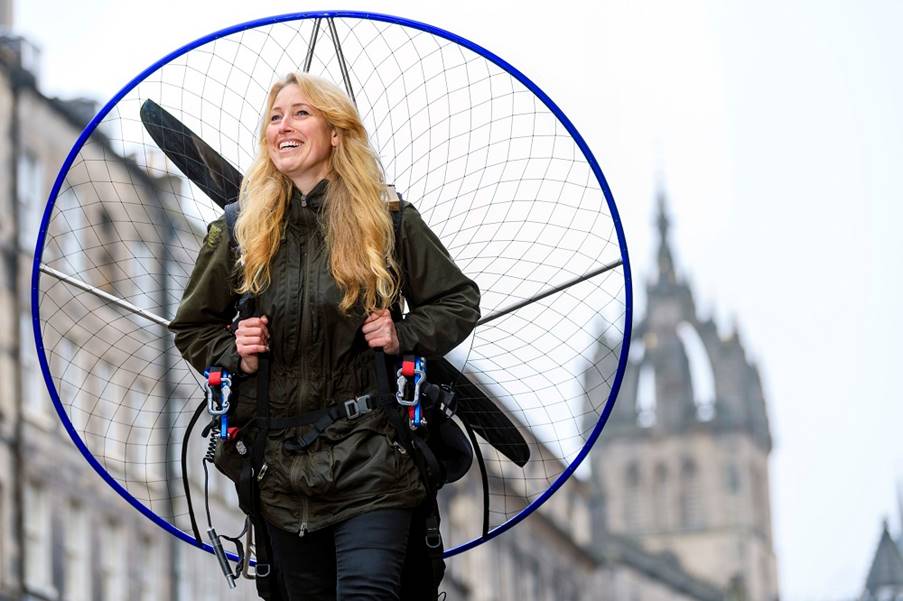 We have been given another reminder this week that our grand western civilisation is really quite precarious. And isn’t it ironic that all our woes are so intertwined?

Gas and electricity prices rise, causing a shortage of CO2, causing a risk to food supplies, already threatened by Covid and Brexit. And yet CO2, produced by burning gas, is the very substance we are trying to limit to prevent the biggest threat of all, climate change.

Scotland, of course, is a major producer of oil and gas (80 per cent of the UK total) but many of our North Sea platforms were shut for maintenance, just as our electricity turbines were suffering from a lack of wind. The French nuclear power stations couldn’t come to the rescue because of a fire in the connector cable. And Russia – for her own nefarious reasons – cut back on gas sales to the West. The result is a 70 per cent rise in the world gas price since August and a 250 per cent rise since the beginning of the year.

The price rise has meant that small energy suppliers – like People’s Energy in Midlothian – have gone bust and the regulator Ofgem has had to increase the cap on average household energy bills by 12 per cent to £1,277 a year. High gas prices have also caused Britain’s two fertilizer factories to close down, meaning there’s a shortage of the by-product CO2.

The next domino to fall was the packaged food industry which uses CO2 to preserve its products. Another casualty has been the chicken and pig farmers who rely on CO2 to stun the animals before they are slaughtered. Then there’s the fizzy drinks industry. The producers of Iron Bru, Scotland’s “other national drink”, are fast running out of their stocks of CO2.  The situation was becoming so serious the UK government had to subsidise the American owned fertilizer company to increase production, just to enable British firms to get hold of CO2.

Running through the whole tangled mess is a basic unwillingness to face up to the climate change emergency. We have to come to terms with the fact that we must stop using oil and gas if we are to cut carbon emissions. I just don’t see how Ofgem’s cap on energy prices is consistent with that goal. Energy prices should be allowed to rise to encourage us to use less. And more should be added to the average bill to subsidise the 600,000 Scots who currently spend more than 10 per cent of their income on fuel.

Covid is another reminder of our fragility. Case numbers are still running high in Scotland at over 4,000 a day, though the figure is falling. That’s not yet brought the death rate down – 135 people died in the week to Sunday, taking the total to 10,826.  The Scottish government, unlike the UK government, is sticking to its insistence on expensive lab tests for those returning from “red list” countries and vaccine passports for those attending night clubs and large events. Exactly how these passports are going to be enforced is not entirely clear. Already there’s a legal challenge to their use.

Covid has also exposed the fragility of the National Health Service. This week opposition parties have been calling for temporary field hospitals to be opened to free up beds for accident and emergency patients in the main hospitals. But they cannot explain where the extra funding or the extra staff will come from. Meanwhile, the Army has begun helping the ambulance service cope with the steeply rising number of 999 calls (10,000 more calls a month than last year).

There appear to be crises on every front. The government’s environmental agency, Nature Scot, has published a major report on sea bird populations. It found that in the 11 main species they studied, overall numbers have fallen by nearly half in the last 40 years. The latest disaster is the thousands of guillemots and razorbills that have washed up dead on the east coast, from Orkney to Northumberland. It’s thought the cause is poisoning from algae blooms which in turn are caused by, you guessed it, climate change and an eco-system out of balance.

Someone who has been trying to draw attention to the climate emergency is Sacha Dench, the Australian biologist known as the “human swan”.  She has been flying round the coast of Britain in her electric paramotor, ahead of the climate change conference in Glasgow in November.  But alas, tragedy struck last weekend when she and her cameraman, Dan Burton, also in a paramotor, collided in mid- air near Lochinver towards the end of their 3,000 mile journey. Mr Burton was killed and Sacha Dench was seriously injured and taken to hospital in Aberdeen.

It’s not been a good week.