Little Abby Empson had something to tell her new Primary One classmates at Dunbar Primary School.

She beat 18 other youngsters to take the top prize in the junior section of the Clyde and West Open Shore Championship at Greenock Esplanade, the biggest event of its kind in Scotland with more than 100 competitors.

Abby came won a rod worth around £180, a spinning rod and reel, tackle box and other equipment, a haul “worth hundreds of pounds” after landing 12 fish totalling 212 points including a coley, haddock and codlings.

Her 35-year-old father Chris was third in the prestige event featuring some of Scotland’s leading anglers and pocketed £145. He landed 32 fish for 651 points fishing a three-hook flapper and using a mixture of fish bait including crab and also worm.

The winner was Kevin Lewis from Dundee with 42 fish for 905 points and second Brian Maxwell (Saltcoats) with 30 fish for 720 points.

Empson, a joiner with East Lothian Council, said: “We had an amazing day. I was so proud I had a tear in my eye and, to top it off, I got third place overall.

“A mention to the organisers. The organisation was brilliant and it was a great match, really focused on the juniors, with a fantastic prize table with every junior taking a prize even if they didn’t catch a fish.”

Abby loves to go fishing with her dad and she started the sport two years ago, going to easy marks near her home with her father.

Chris does the heavy casting but Abby strikes and reels in the fish, just as she did on Sunday, and dad said: “For the first two hours I helped her set-up and then concentrated on my fishing.

“Once I found fish they kept on coming and it really was a great day for us both.”

He said: “Coming home in the car she asked if she could go to the same competition next year. And yes, she still qualifies as a junior for some years yet.”

Another Dunbar resident also did well. Alan Brown, secretary of the Bass Rock Shore Angling League who host the second round of their Winter League on Wednesday (September 23), also had a good day, landing two fish, and winning a substantial prize of over £200 for the longest fish landed during the event.

It was a 64cm dogfish tempted on a three-hook flapper rig and it arrived in only his third cast of the day and landing it made up for the loss of at least five rigs because of snagging on the sea bottom. 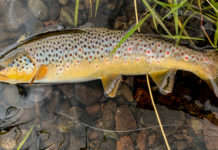 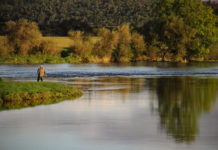