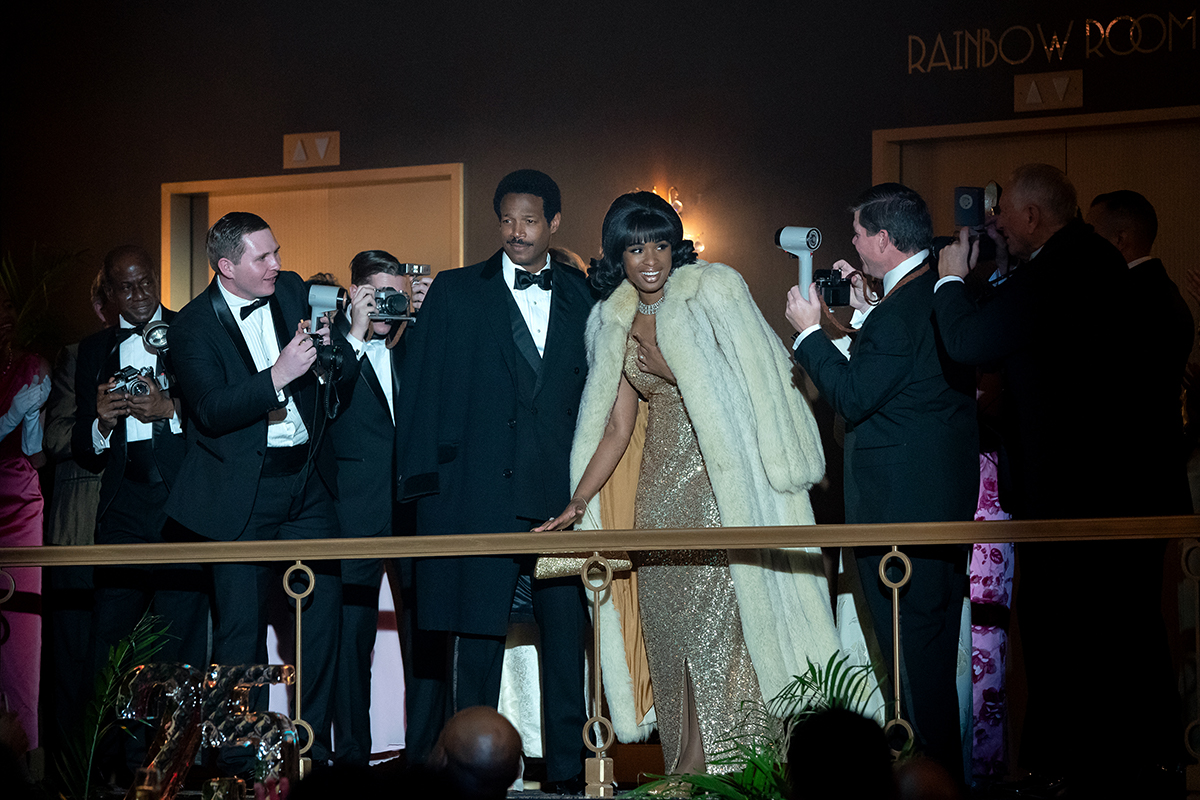 Handpicked to play Aretha Franklin in the film of her life by The Queen of Soul herself, Jennifer Hudson delivers with amazing grace.

Despite charting a somewhat pedestrian route travelled by countless other musician biopics (child prodigy, early struggles, controlling patriarchs, jealousy, addiction, spiralling, fightback, victory, legacy) one exits the theatre in awe of the talent and tenacity of Aretha Franklin considering all of the challenges she faced in becoming the legendary figure that will live on forever (this film certainly won’t damage that).  Watch out for a barnstorming sequence at Madison Square Garden as well as Respect and Ain’t No Way being sown into the tapestry of music history from conception to delivery.

Her lifelong search for respect in church, from the men in her life and her peers in the music industry are clear but what isn’t clear is why a more dynamic storytelling formula wasn’t used to tell the story of her life.  For a person of her stature (out of the ordinary, extraordinary, singular) who reinvented herself with ever greater pieces of work, a more challenging narrative would have matched the subject of this film.  Maybe the music is enough (it is) and maybe Hudson is worth it (she is) so maybe the potential risk of tarnishing this legacy with a more complicated delivery was considered too great a challenge.  Safety (tried and tested) was chosen instead.  Would Aretha have played it safe?

Franklin was also the subject of Genius: Aretha, the third instalment of the National Geographic anthology series, broadcast in eight parts in March 2021.  On television, Cynthia Erivo (nominated for a Primetime Emmy for her performance) takes on the eponymous character from her anointing as The Queen of Soul in 1967 Chicago to her rendition of Nessun Dorma at the 40th Annual Grammy Awards in 1998 New York City.  Her childhood is explored through flashbacks in black and white breaking up the traditional start to finish (or first peak) biographical journey presented on film.

On film, Jennifer Hudson (deserving of an Oscar nomination for her interpretation) covers her life from 1959 to 1972, from meeting her first husband at her family home in Detroit to the recording of the live album Amazing Grace in Los Angeles.  Obviously, a six hour drama on television will allow a greater expanse of storytelling than a two-and-a-half-hour drama on film.  In both cases, however, Hudson and Erivo outshine each production and offer different facets of characterisation in their own way.

Hudson’s richer, fuller singing voice is closer to Franklin’s than Erivo’s finer, purer pipes, but both are mesmerising in recreating iconic live performances on stage or in the studio with backup musicians or a capella.  While Hudson’s speaking voice is pitched higher and slides lower as those 13 years pass (one feature of a more dramatic and diversified turn), Erivo’s remains broadly the same over those 31 years (signifying a subtler approach emphasising presence over power).

Erivo’s face matches Franklin’s more than Hudson’s (especially as she ages) with both productions improving as they progress (sound, cinematography, sets, costumes, make-up and hairstyling are also all faultless in both, these are prestige dramas after all).  Both projects conclude on career highlights for Franklin with the ‘Amazing Grace’ performance (at the end of the film and episode six of the series) are religious experiences to behold and the pinnacle of both works.  Both also come with the obligatory captions detailing future success pre-credits.

Hudson and Erivo are so different, which is good, making each piece worthy of viewing on these merits alone.  Watch the film before the series (only the former was made with the consent of the Franklin estate) to grow your appreciation of soul, gospel and Aretha herself one step, song and story at a time.  While the series doesn’t truncate its songs allowing the music more space to breathe (again, the advantage of more time) to watch it alone and ignore the film would do a great disrespect to what Hudson accomplishes.  As testaments to faith and the power of music, Respect and Genius: Aretha are worth your time for Hudson and Erivo who sustain your attention throughout.  All hail the Queen(s).

“You have to disturb the peace when you can get no peace.”

Respect is in cinemas now.