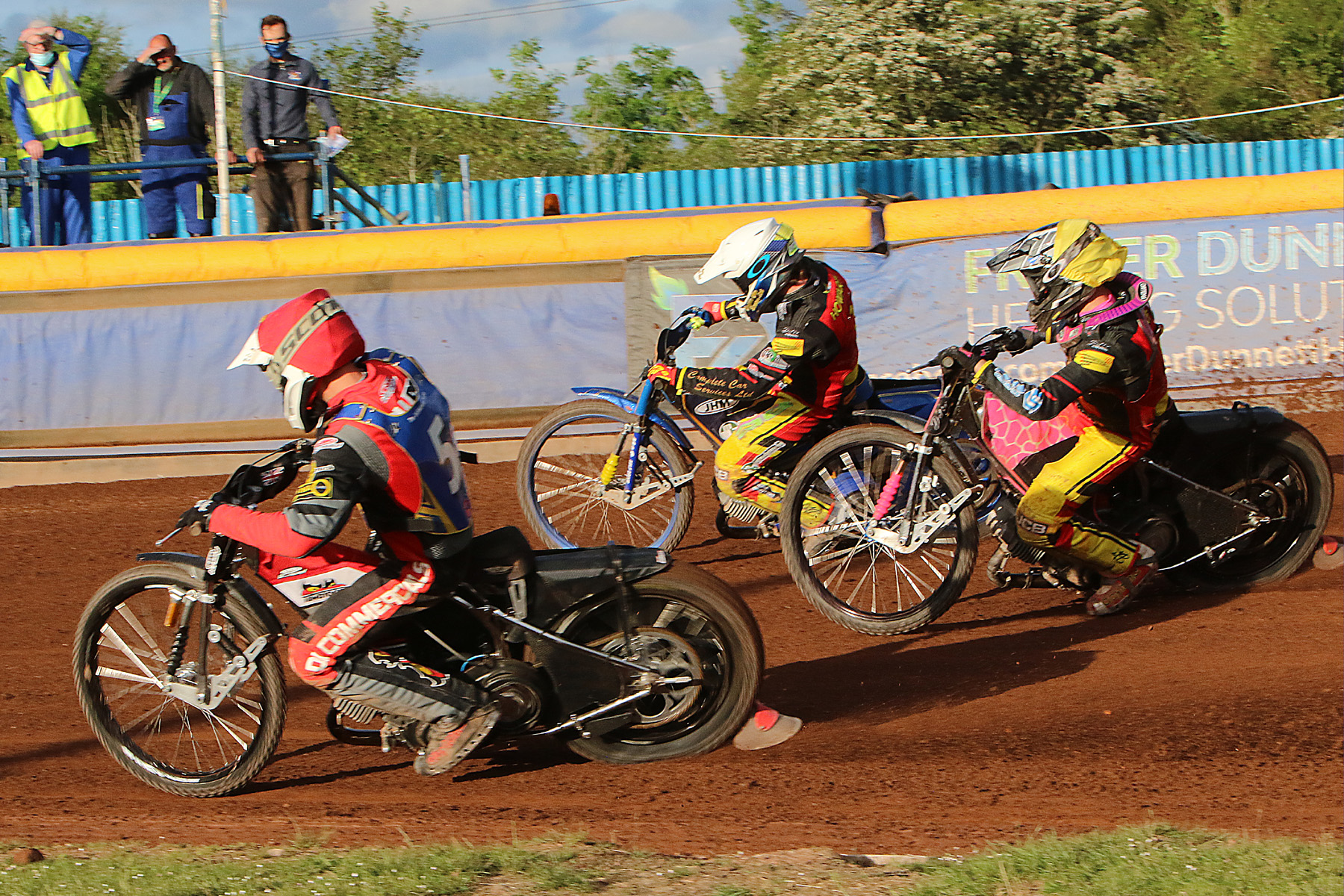 Edinburgh host all three classes of the British Youth Championship today (Saturday, 2.30pm) as the series returns after a six-week break.

Ben Trigger (500cc) and Luke Harrison (250cc) are leading their respective classes after both have won the previous three rounds.

In the 125cc class, Edinburgh-based Stene Pijper leads after winning Round 1 at Scunthorpe back in June.

Youth boss Neil Vatcher said: “We were delighted to have been able to have a round at Edinburgh in 2020 but although we all thoroughly enjoyed it and it was a great event, due to the pandemic there were no supporters allowed last season.

“So hopefully with a good turnout on Saturday afternoon this year’s event will be even more enjoyable, in front of not just fans of Edinburgh but speedway fans from across Scotland.”

A busy weekend continues for the 125cc youngsters as they also race at Redcar on Sunday afternoon after the Bears’ Championship clash with Plymouth.

The Young Lions would like to thank the promotions of both Edinburgh and Redcar for their continued support of British Youth Speedway.

Meanwhile, Berwick Bandits host Plymouth Gladiators on Saturday (7pm) and Glasgow are due at Newcastle on Sunday (6.30pm)