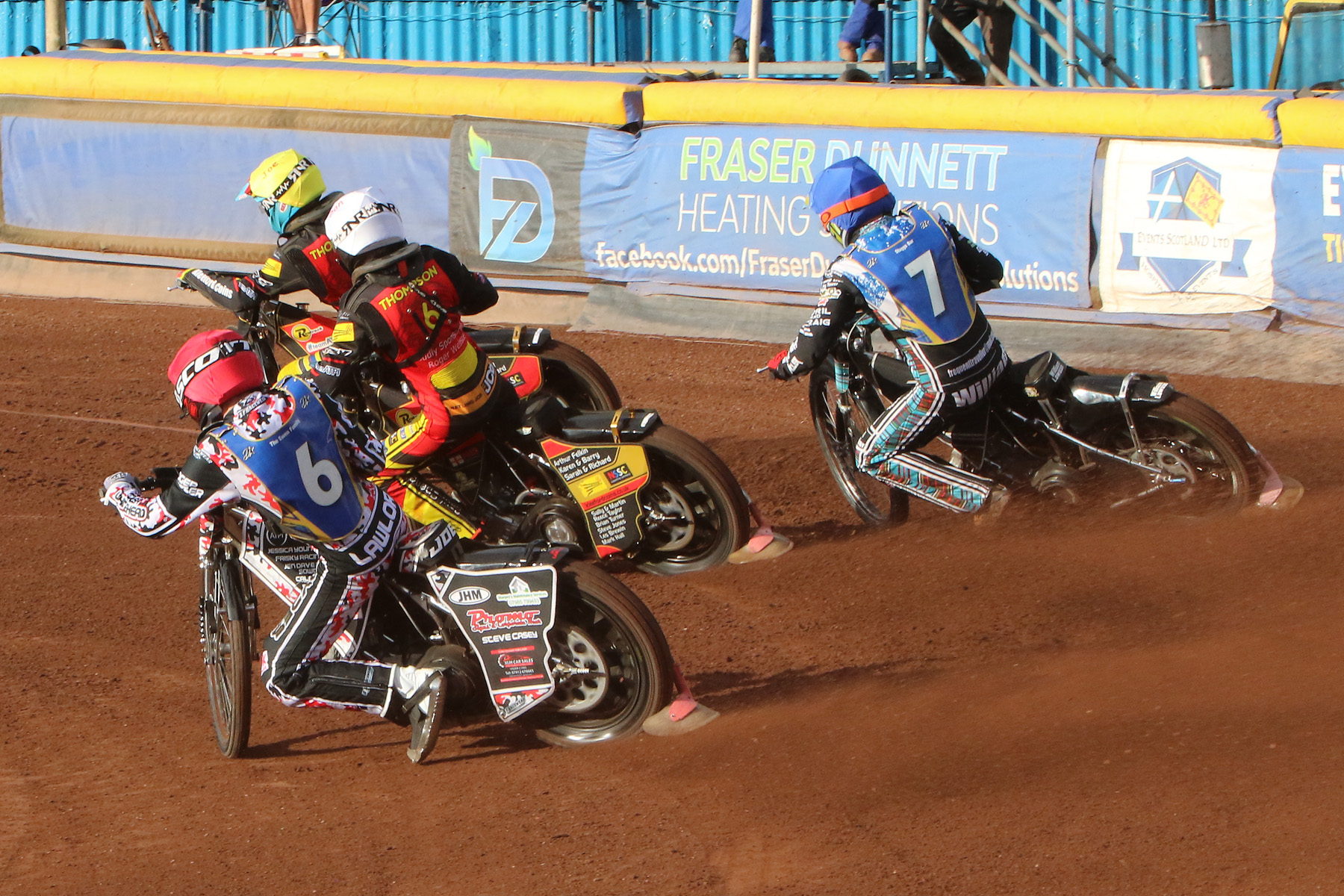 Poole Pirates are amongst the most famous names in speedway, and their visits to Monarchs’ former venues were always eagerly looked forward to.

However, they have never been to Armadale, a situation which was due be rectified on Friday before the weather intervened. The meting is postponed. However, Poole are due at Berwick on Saturday (tapes-up 7pm) while Edinburgh visit Leicester (7pm).

The last time Monarchs and Pirates met in Scotland was in 1996, when Monarchs had their season at Shawfield in Glasgow, just before the Armadale experience began.

The strength of the Pirates, perhaps like the Monarchs, lies in their heat leaders – Rory Schlein, Steve Worrall and Danny King are the top three for the visitors, two ex-Monarchs and all three with good records at Armadale.

Pirates won the match between the sides on Wednesday by 48-42, a result which saw the Monarchs take a point with a strong finish. The heat leader trios just about matched each other, though it goes without saying that the backup riders’ points are equally i mportant.

Pirates had announced the arrival of new Danish signing Benjamin Basso, but shortly afterwards had to say that he will not be arriving yet due to a positive Covid test. Therefore the Pirates have booked Jason Edwards, ex-Eastbourne, as a guest. He was in the winning Plymouth team against Monarchs last Tuesday!

Team manager Alex Harkess said “Steve Worrall is certainly very much a person who likes Edinburgh. Their heat leaders will give ours tough races, and we need our heat leaders to win races. Prior to Wednesday’s match Rory had been struggling a little bit with injuries I think but he will bounce back, and he is someone else who comes here with no fears of the place.

“On paper their heat leaders are probably just as strong as ours so it’s a very good match on paper and I hope lots of people come to watch it.”

The match will be live streamed to those out with a 25 mile radius of the track. Anyone within that limit but unable to attend should email info@edinburghmonarchs.co.uk