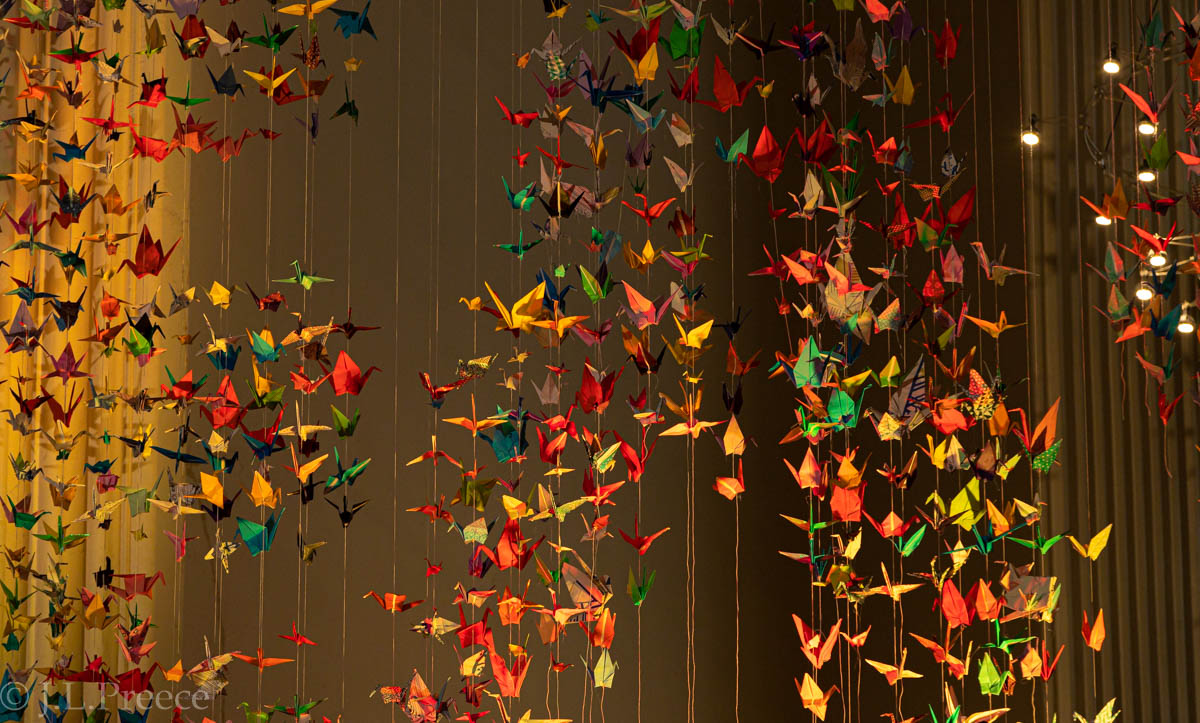 The Peace Cranes exhibition will address the twin existential threats of nuclear weapons and the climate and ecological emergencies through an inspiring installation by Edinburgh artist Janis Hart.

It will be a space for reflection on the atomic bombings of Hiroshima and Nagasaki and the great acceleration of species extinction through the origami symbol of the endangered red-crowned crane, the original inspiration for the origami crane that has become an icon for our hopes for nuclear disarmament.

140,000 paper cranes, all hand crafted from origami paper by hundreds of adults and children from Scotland to Japan over the past 5 years, will hang from the ceiling and be displayed hanging from carbonized trees suggesting the devastation of the Hiroshima bomb, in the small chapel where a video will play on a screen telling the story of Sadako Sasaki.

Story of Sadako Sasaki (1943-1955) Sadako was aged two living in Hiroshima at the time the atomic bomb was dropped. At age ten she, like many other children contracted leukemia from exposure to the radiation.

Having heard the ancient Japanese legend that if you to fold 1,000 paper cranes you will live to see your wish granted, Sadako began folding origami cranes wishing for peace.

Since then, the origami crane has become a symbol of our hopes for peace and nuclear disarmament.

For more information on this and other Just Festival events – https://www.just-festival.org